Home  »  Current Affairs • Politics   »   The Queen of all privatisations

The Queen of all privatisations

The Civic Democratic leader (Ods) Mirek Topolanek, as a premier, defined last year as “Bolshevik” the proposal put forward by the Social Democratics (Cssd) and also supported by the Communists (Kscm) and by the Christian Democrats (Kdu-Csl) – to prohibit by law the privatisation of Ruzyne Prague airport.
“In fact, I think that selling the Prague airport is a daring way to jeopardise the strategic interests of Czech Republic” has continued to maintain on several occasions over the last few months the vice-president of Cssd Bohuslav Sobotka. Just like the principal executives of his party, he has pointed out the possible risks deriving from selling to a privately run firm the control of the most important airport of the country. An airport that, on the top of everything, has made no secret over the last few months of its yearning after becoming a major European hub . 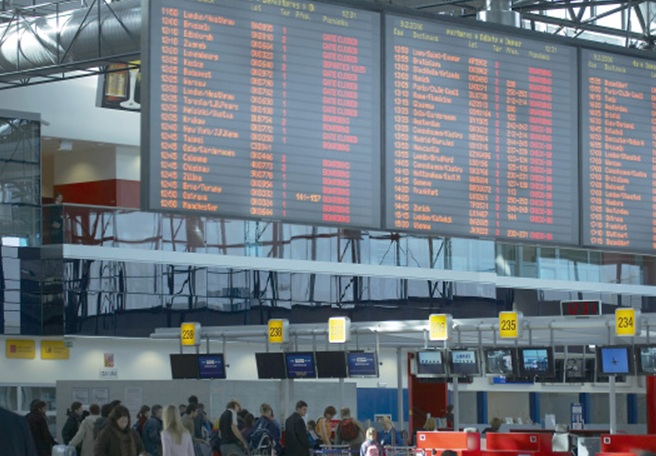 Yet, the Socialdemocrats during the years when they ruled from 1998 until 2006 on end, actually sold state firms belonging to sectors which were not less strategically important than the airport. Concerning this, just think of the past privatisations in the aquedoct, energy and telecommunication field. This fact makes us suspect that their reference to strategic interests and national security is at least excessive. But it is unlikely that the socialdemocratic party – the principal opposition force by the time the proposal had been put forward – wanted to avoid the possibility of being left out from this colossal privatisation.
Besides, the idea of proposing the prohibition to sell the airport dates back to the first half of 2009, during which time the process of privatisation had already undergone a strong slowdown. The financial crisis, which appeared in the first half of 2009, had already shown how much illusory was the proposal of obtaining the 100 billion Korunas (nearly four billion euros) hyphotised by Topolanek’s government. The slump in the airline sector in 2009 actually reduced to 8% the number of passengers at Ruzyne (after the steady and sharp rise over the previous years).
The present Czech premier – the statistician Jan Fischer who’s been leading the technical government since last spring – has soon stated that his executive would nevere have realised this privatisation and that the sale of the airport would fall under the competence of the following governement.
We’ll see, during the following three months, that is the time still to go until the elections for the renewal of the Chamber, if the parties of the centre left side will definitely manage to vote for the proposal of the prohibition to sell Ruzyne. Should this not happen, after the vote and thanks to new possible balances, a political agreement might be reached to deal with this state sale, which someone has already defined “the queen of all privatisations”