Home  »  Economy and Market   »   The Republic of shopping centers

The Republic of shopping centers

posted by Redazione May 17, 2018 Economy and Market

Having 120 shopping centers and 192 business parks, Czech Republic is among the first countries in Europe based on the density of retail areas. The already existing shopping centers drive the development of these commercial settlements

The Czech Republic boasts a high density of commercial sites placing itself at the top of Center European charts. The shopping centers and business parks are constantly expanding, being a great source of revenue for builders and a place where people love spending time during weekends and their spare time.

Let us start with numbers. Cushman & Wakefield consultants have published “The European Shopping Center Development Report”, a mapping with the most current market data.

The total volume of sales space in Central Eastern Europe, including Russia, has reached 50.8 million sqm in early 2017, out of which 2.5 million in Czech Republic. This country has about 120 of these facilities while the sites in preparation amount to 57.000 sqm (of which eighty percent will represent an extension of the already existing centers) compared to 33.300 sqm last year.

Concurrently, there is a boom of new shopping parks, which are preferred by the Czechs. They are a retail typology that comprises shops, which are not included in a single structure. Nowadays there are 192 retail parks covering an area of about 790.000 sqm that place the country on the second position in Central Europe, after Poland. The construction of other 66 is planned for an extension of 300.000 sqm. “Even from the perspective of per inhabitant count, Czech Republic comes in second, after Slovakia, with 78 square meters per thousand inhabitants”, said Jiří Kristek from Cushman.

Some cities are overcrowded. With one hundred thousand inhabitants in Northern Bohemia, the leading place of Liberec was surprising and in 2013, it became the main point of reference with the highest density of commercial spaces in Europe, 1.200 sqm per one thousand inhabitants. This is more than Prague that then reached 732 sqm; and more than Paris, London or Moscow. The interest of various companies was concentrated on Liberec, and none of them abandoned the achievement of their retail areas. After the expansion of the suburban Nisa in the late 90s, the city center sheltered Delta, Plaza and Forum. The result was the collapse of the shops on the surrounding streets. In order to thrive, the owners moved to new locations, despite the nearly double rental prices. 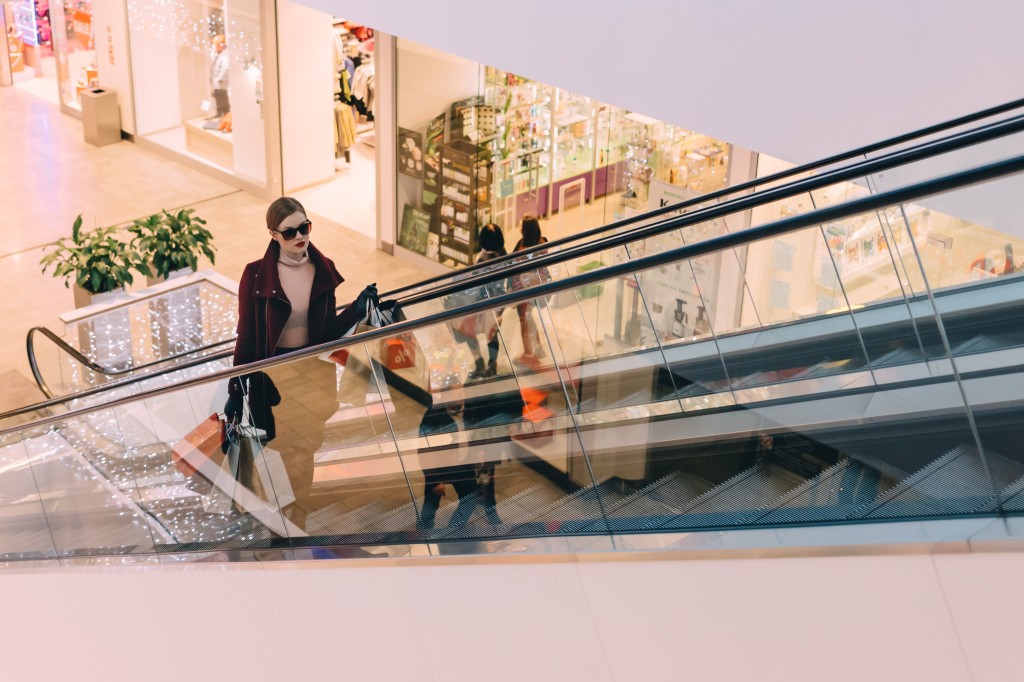 The expansion of shopping centers

It is slightly unbelievable, but the shopping centers in this country began their existence in January 2, 1957 when the first structure of this kind opened its gates in Prague, in Strašnice district, in the housing complex Solidarita. The only new construction of this year is the Central Jablonec, completed in early 2017. Prague The Style Outlets was scheduled to be opened in autumn this year near the capital’s airport, counting over 20.000 sqm and sheltering more than 100 stores (in the first phase). Its opening was postponed to spring 2018.

Nowadays, the available space for new buildings is limited and the development consists mainly in the expansion of the existing buildings that, as already indicated, account for eighty percent of the ongoing construction work, compared to twenty-five percent on a European scale. For the builders it makes more sense to expand, the project preparation phase is shorter and one can count on public transportation and existing clientèle. It focuses on areas close to the main junction, such as Tesco in Brno, near Vaňkovka Gallery and the central rail station of the Moravian county seat.

Until ten years ago, we were building mainly in the suburbs, but nowadays people want to have shops in their hands reach to mix shopping with other errands.

The Savarin project foresees an area of approximately 35,000 sqm between the main streets of the center of Prague, Na Příkopě, Jindřišská and Panská. However, right on Wenceslas Square, the modern shopping and office building Květinový dům is still to be built. It is a project dedicated to those that cherish the architectural heritage but one that failed to prevent the demolition of the old building (dating back to 1880). Among other ongoing projects, we must mention Dejvice Center of Vítězné Square, in Prague 6 or Palác Stromovka in Prague 7. Other constructions are planned in the center of Plzeň or Zlín.

On an economic level, from the beginning of this year the investors started trading almost one billion euros, more than in 2015; it was however, a strong year, while the Union Investment acquired Palladium for the record amount of 600 million euros, the highest registered in the country. Therefore, it was a strong recovery after the downfall in 2016 when 432 million euros were invested, forty-nine percent less compared to 2015.

Recently, a dozen out of 120 shopping centers have changed their owner. In March, the Deutsche EuroShop German fund took over the Olympia in Brno, the largest in Moravia, for 374 million euros. During the first half of August the Prague-based group Star Capital Investment bought Futurum Ostrava and Haná Olomouc; Radovan Vítek’s CPI sold the gallery Arkáda Prostějov. The CPI is one of the four major companies that split amongst them half of the Czech market, along with the German Saller and Intercora and the Austrian Immofinanz.

We note major developments for Ikea as well, which sold this year 25 of its European and Czech retail parks, including Avion Shopping Park of Prague-Zličín, for 900 million euros.

The construction of new retail parks

This year, there is a new boom in the construction of retail parks that attracts as well small investors, ready to invest seven to 15 million euros. There will be an increase of 34%. The greatest number of constructions is in the regions of Moravia-Silesia and Olomouc. The builders aim now towards Central Bohemia. In the small cities, the structures are more modest, with an optimal size of 2,500 sqm.

The shortage of restaurants and coffee shops is the main gap, but they bind to multiply following a European trend. According to Cushman’s data, the Czech shopping centers are currently hosting 759 gastronomic facilities, occupying twenty percent of the total area. As an example, we have the case of Quadrio from Národní třída, which being in loss two and a half years after the opening, has transformed its first floor into a gastronomic area.

“If we compare to abroad we are behind in design and services which, if taken full advantage of would provide greater profits”, comments Kristek. In order to thrive, shopping centers and retail parks try to differentiate among each other by increasing the offer with expensive brands, gas pumps, laundry shops, bank branches, travel agencies and other offices. The improvements relate even to gaming and relaxation areas, installing computer and cell phone charging stations and providing free wi-fi.

Success did not delay. More and more families choose the shopping centers on their free days. Eighty percent of people go there once a month, and forty percent a week. “We go there every Sunday. The children like it a lot”, says 35 year old Veronika. “One cannot get bored. We have fun, we shop and we go back home”. In fact, there are places that cover all tastes, from amusement to dinning, from shopping to cinema, sport with bowling, gym or skating rings during wintertime.

However, it all depends on the locations as well; in 2014, an analysis of the phone operator O2 concerning the number of cell phones connected to the centers of Černý Most and Chodov proved that during the weekend the number of visitors would in fact decrease by twenty-five percent and by forty-five percent on working days.

During weekend, the outlets are filled with customers and they are therefore reaching about a half of their earnings. Close to the Austrian border, the Freeport Fashion Outlet in Hatě with its 75 shops attracted nearly two million people in 2016, half of them from Austria. The revenues grew by thirteen percent on an annual basis, totaling over 65 million euros. A historical outcome, said the manager Jan Procházka. “Our surveys showed that people are merging outlet shopping with visiting the touristic places in the area”. On holidays, the profits are five times higher than the daily average. In this regard, we could say that the closed days, during eight national holiday days, imposed last year by law to businesses having more than 200 sqm are causing a significant loss.

Closed or not, if a while ago the shopping centers were a matter of envy of those living in the cities, nowadays one can give in to shopping anywhere in the Republic of shopping centers.