Home  »  History   »   The Prague uprising against the Nazis

The Prague uprising against the Nazis

The Prague Uprising was the prelude to the military offensive of the same name that followed, and which marked the last major military operation of the Second World War on the European front. The Uprising (Czech: Pražské povstání), which began on May 5, 1945, was an attempt by the Czechoslovak resistance to free the city after six years of occupation by the Nazis. On that day, Czech citizens spontaneously attacked German soldiers. The enemy troops counterattacked but were slowed down by the barricades built by the Prague citizens on the streets of the capital. After three days of bitter battles, on May 8, Czechs and Germans signed a ceasefire allowing the occupiers to withdraw. But not all SS units obeyed, and consequently the fighting continued until May 9, when the Red Army entered a now almost completely liberated Prague. General George Smith Patton’s Third Army did not participate in the final offensive, Ike Eisenhower ordered him to stop in Pilsen. 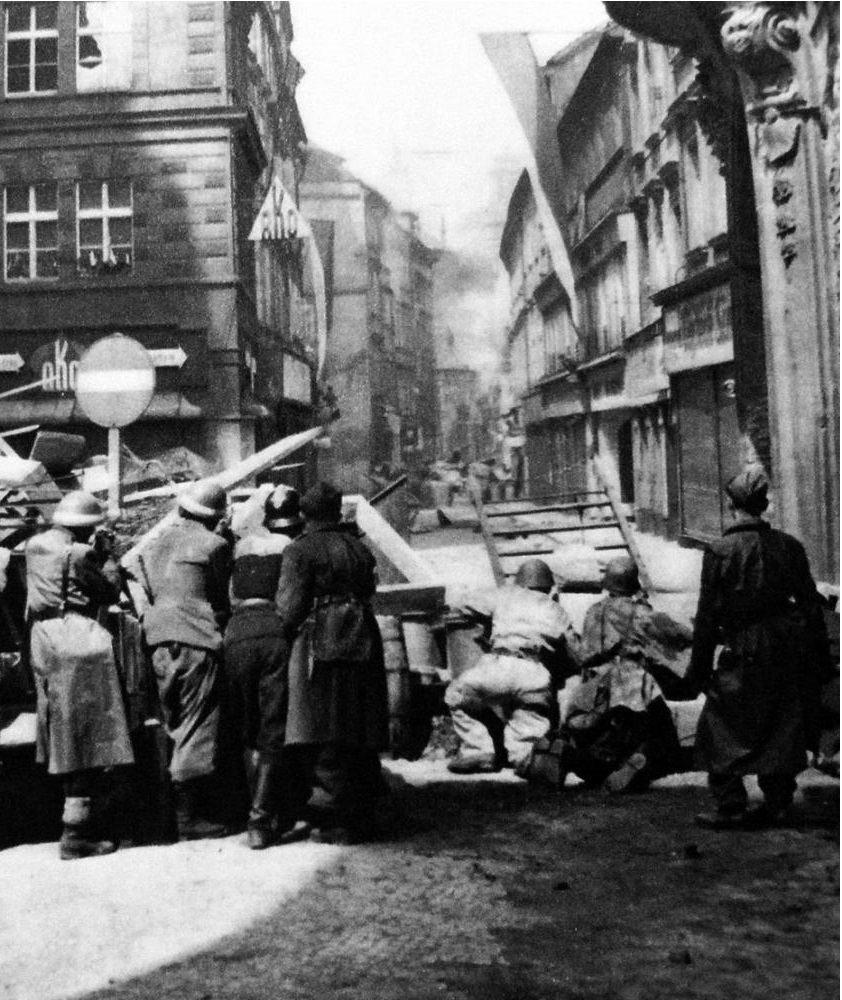