Billions of both Chinese investments in Czech Republic and Czech ones in China are at stake. Strengthened in the last few years by fervent communication between Beijing and Prague, the relationship between the two countries is now at risk. The Czech 5G network is in jeopardy. Most of the public administration, telecommunications and energy companies are in a hurry to abandon software and hardware provided by Huawei and ZTE. In fact, the two Chinese companies have been in the focus of Western powers, mainly the United States, and the incident became disruptive in Prague as well. 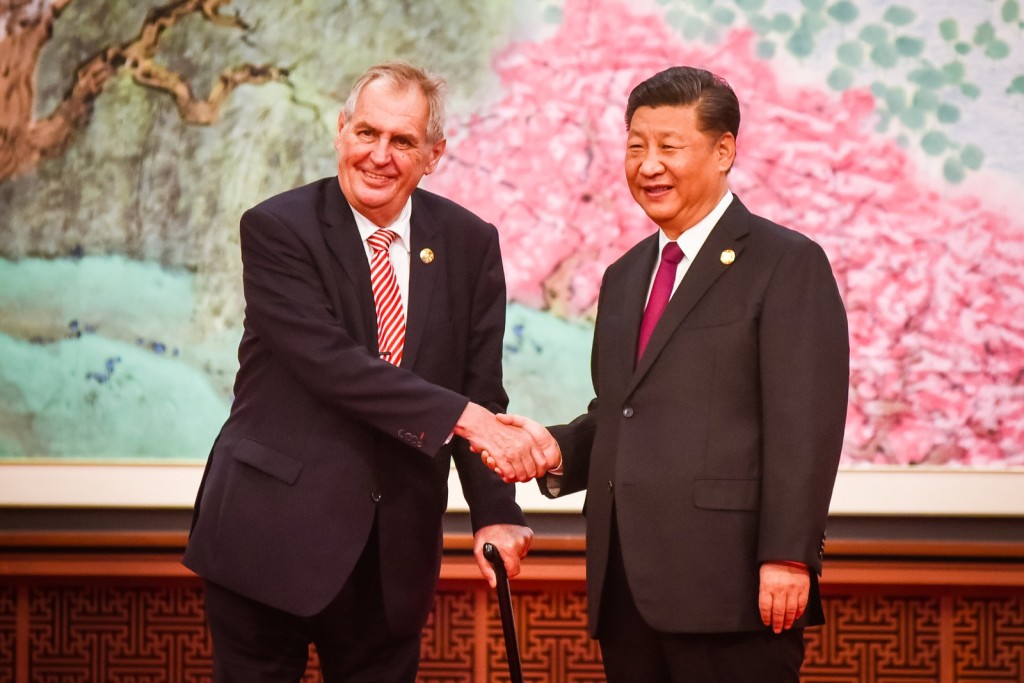 The Czech delegation at a meet in China, during the official visit of President Zeman, last November 2018

It all started with the threat launched end 2018 by the Czech National Agency for Cyber Security and Information Technology (Nukib), according to which Huawei “represents a danger”, because its tools and products could become fully-fledged espionage methods serving the Chinese government. An entire chain reaction started at this point. In fact, the alert concerns sensitive targets: in Czech Republic, the Prague Castle, leaders of Police, the Ministry of Interior, the State Body for Nuclear Security, the data center of the Čez energy company and the mobile network operators T-Mobile, Vodafone and O2 are using, or at least have been using until recently, Huawei technology. An audience not to be neglected, who immediately ran for cover, despite the flurry of controversy unleashed like a bomb and the response between president Miloš Zeman and Nukib, between the Chinese Embassy in Prague and the Premier Andrej Babiš and between Huawei itself and the Czech government.

The Chinese giant comes in third for the sale of mobile phones in Czech Republic (552 thousand smartphones, +19% on a yearly basis in 2018), after Samsung and Apple, and announced investments amounting to 350 million euros from 2017 to 2020 with the creation of 4.000 new jobs. In addition, China is Czechia’s third largest trading partner, reaching 24 billion euros in 2018, with imports into Czech Republic of 22 billion, an increase of 22% on yearly basis. A huge imbalance but at the same time a respected partner for Prague. For this reason, President Zeman has immediately attacked the decision of Nukib to proceed in such a straightforward way. “We have information that China will retaliate”, the head of state announced decidedly, after Huawei denounced the exclusion from the public tender of the Ministry of Finance for the creation of the portal Moje daně (My taxes), half a billion crowns worth (about 19.5 million euros), following the blacklisting by Nukib. “We believe it is a discriminatory act based on an unfounded and erroneous alert issued by the cyber security agency”, declared Magda Teresa Partyka, Huawei’s spokesperson in Czech Republic. She added that the company will demand for the tender to be cancelled and republished otherwise the Chinese company “will consider all options”, among which seeking international arbitration in court with the request for an astronomical compensation. At this point, Nukib’s response remains the same: Huawei represents a real danger.

However, the possibility of dealing with a Chinese retaliation has been the main fear of Zeman since the beginning of this matter. The President spoke of negative repercussions on the investments of Škoda Auto and Ppf group in China (with which Huawei has signed a memorandum of understanding for the 5G). For the head of state, the decision to cut the Chinese company out of the sector “has damaged the position and interests of Czech Republic making statements for which they have no proof”. Zeman tried to find a secure position by meeting Huawei’s leaders and the Chinese ambassador in Prague, Zhang Jian-Min.

Shortly after the announcement on the risk of espionage, a diplomatic crisis opened up with the Chinese ambassador: according to the head of the Chinese mission, during a private meeting just before Christmas, Prime Minister Babiš had confessed that the Nukib decision had been “an error”. However, the head of the government denied it sharply: “I never said that the government has made a commitment to correct the errors made in connection with the alert. What the Ambassador did is something never seen before”. To mend the break, several institutional meetings took place, with the Czech Foreign Minister Tomáš Petříček, the President of Senate Jaroslav Kubera and Zeman himself.

Czech Republic is in high difficulty in this situation: due to the major investments in energy and industry on one hand, functioning for years and growing in the future between Prague and Beijing, and, on the other hand, for its direct dependency on external parties, private and foreign companies in the security of sensitive data. According to experts, the government machinery does not have the necessary technicians and internally qualified professionals to manage cyber security and has had to turn to outside support over the years. One of the most recent scandals, compromising sensitive objectives, was the one of Černín Palace, the headquarters of the Foreign Ministry, whose computers were at the mercy of hackers, perhaps Russians, for quite some time.

However, the crisis in Czech Republic is only a small part of the problems Huawei is facing internationally starting with the arrest of the Executive Director in Canada and daughter of the company’s founder, Sabrina Meng Wanzhou at the request of the United States. Among critics, after the US talking about conspiracy and threatening the total ban of the products, UK, Australia, Germany, France, Belgium are trying to take action after the alarms launched by the secret services. On the opposite front, despite the warnings of Copasir, Italy has entrusted Huawei for quite some time now with the construction of the 5G network in Italy. In fact, the Chinese company has been collaborating for years with Tim for the data network and connectivity.

Even the arrest of the sales manager of the Polish division on charges of espionage is definitely not something small for the image of the giant Shenzhen in Europe. The concerns about its widespread presence in Europe have reached Brussels, where the Commissioner for Technology, Andrus Ansip, warned member states about security risks and PremierBabišhas requested a broad reflection on cyber security on a European level.