The divine era of a Bohemian in Italy

The story of Josef Mysliveček, the Czech composer of the 18th century who made Italy his adoptive homeland

“He exudes fire, spirit and vitality”, Mozart said about his friend Josef Mysliveček. This is the registered name, for the history books and the general public, of whom is today considered as one of the greatest Czech composers of the eighteenth century, he was simply known as the “divine Bohemian”.

The traveler, the lover, the artist. The Italian by adoption. A life of success and wandering, spent in aristocratic courts and overpacked theaters. A parable with epic tones, “the rise and fall of an extraordinary artist”, to recycle the words of the director Petr Václav, who will bring the composer’s adventures to the big screen next year. We shall return to the topic again.

Now, let’s rewind the tape and go back to 18th century Prague. This is where Josef Mysliveček was born in March 1737. Son of a rich miller, he received the first rudiments of musical education at a local public school with his twin brother Joachin. After a brief period during which he took over the activity of his parents alongside his brother, Josef decided to abandon the beaten track, the family activity, that destiny which was already written. The season for the apprenticeship of musical art began for him, he found an occupation as a violinist at a church choir and began to study the organ and composition. But soon the Golden City seemed too small to him, and his ambition drove him elsewhere. The young Josef headed towards other horizons to fully develop his budding talent. In this way, thanks to the support of Count Jan Václav Šporek and a loan from the Benedictines of the Břevnov convent, he managed to go to Italy for the first time on 5 November 1763. A country, which at the end of the eighteenth century, was the Mecca of music, where artists and composers from all over Europe arrived in search of success. It was a turning point, a revelation, a new destiny to write on the score. 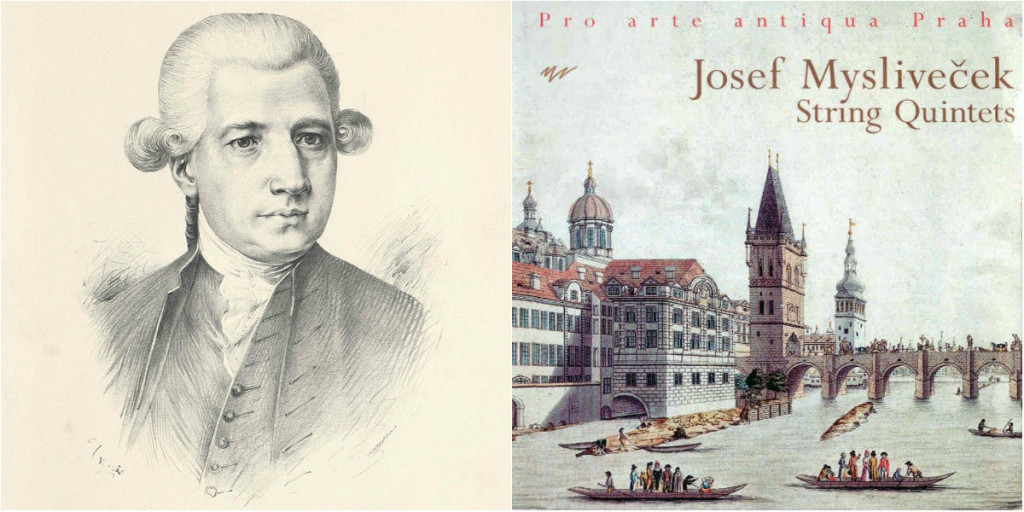 A year after his arrival, Mysliveček staged his first opera in Parma, Medea, which proved to be an extraordinary success. He had therefore passed an early major test, as the Emilian city had always been a place of music lovers, known and feared by composers and singers alike. Only a year later was the time of the Semiramis, which was staged in Bergamo. The Bohemian composer never ceased to roam around, committed to his profession, theater to theater, consecration to consecration. In 1766, it was the year of Naples, then a genuine Hollywood of musical theater, probably the largest opera production center in the world. There, the impresario of the Theatre of San Carlo, Giovanni Tedeschi, known as Amadoril, entrusted him with the music of the libretto Bellerofonte by Giuseppe Bonecchi. The work was performed on 20 January 1767, and was highly acclaimed, to the extent that shortly afterwards Mysliveček decided to stage another, Farnace, which on 4 November 1767 achieved equal success in the Neapolitan city. These triumphs led Mysliveček to be known and appreciated throughout Italy, and since then he was dubbed the “Divine Bohemian”. But the “Italianization” of the Prague opera artist became even more explicit when he began to be known as Giuseppe Venatorini. The surname is the (plural) translation of the Czech word Mysliveček, which means little hunter: “venatorino”.

In the following years his works were staged in major Italian theaters: Venice, Padua and Florence. In May 1771, the Philharmonic Academy of Bologna crowned him with the prestigious philharmonic academic title. And it was precisely in the capital of Emilia where the Bohemian crossed paths with that of the young Wolfgang Amadeus Mozart. An encounter that proved to be a revelation. The Austrian became a fervent admirer of the Prague composer, to the extent that his music would have a profound influence on his early work. According to the critic Robert Newman it was the Bohemian who wrote some compositions from the eighteenth century now attributed to Mozart, including the early violin concerts, KV 207-211-216, and the opera The liberation of Bhetulia, KV 118/74c. The two musicians were united by art and a solid friendship. So much so that when Mysliveček began to display early symptoms of an unspecified disease which then led to his death, Mozart visited him in hospital and discussed it with his father.

The nature of the illness of the “divine Bohemian” remains unclear, although many commentators think it was a case of syphilis. Mysliveček, we know, lived a very free way of life. According to other sources however, and a letter written by the Bohemian composer to Mozart would also confirm it, Mysliveček supposedly suffered from a deforming facial paralysis, due to unsuccessful medical interventions on a wound reported following the overturning of the carriage on which he was traveling. “You are oversensitive about my illness, yet I thank you for your good heart. Do not take my misfortune so much to heart. I was initially in an overturned carriage, then I ended up in the hands of ignorant doctors, but never mind. It will be the will of God”.

A story of a rise and fall, of glory and misery, thus, someone who for years had been the brightest star of the classical music world in Italy, died alone and in poverty, in Rome, in February 1781. Here, a mysterious English patron, perhaps one of his former pupils, saved his remains from the mass grave by paying him a tomb in the Church of St. Lawrence in Lucina, which did not survive the time.

The end of Mysliveček no longer had anything “divine” about it, his musical season faded away, ended by two last Roman fiasco: the works Medonte and Antigono. But one thing is certain: he has left an indelible mark on the history of Opera, speaking an entirely Italian musical language. His destiny and the Belpaese are closed entwined.

As a composer he explored outside the lyrical field, also writing symphonies, concerts, overtures and chamber music, violin and keyboard sonatas. Nor did he omit the field of holy work: he composed masses, psalms and oratorios. However, despite this repertoire, both he and his music were almost completely forgotten in the following centuries. This was until recently when his extraordinary life inspired the writing of a historical film, “The Bohemian”, which will be available in cinemas from 2020. Directed by Petr Václav, an award-winning Czech director now relocated in France. “Our goal is to help people rediscover an unfairly forgotten composer and his extraordinary music through the story of a Prague native who flourished artistically in Naples and Northern Italy”.

In 2009, Petr Václav decided to rediscover Mysliveček’s music and story through texts and manuscripts of the time. A work that resulted, six years later, first in a documentary on the Bohemian musician: Zpověď zapomenutého (Confessions of a Forgotten man). Václav would try to retell the story of Mysliveček while respecting the biography of the man who became “divine” as much as possible. “The film tells the story of this great artist to whom Italy gave everything, imagining those passages of his life lost through the historical facts, with the intention of faithfully reconstructing the spirit of his time and the wealth of Italy that back then flourished with courts and republics longing to excel”. Václav mentions Barry Lyndon by Stanley Kubrick and Amadeus by Miloš Forman as particular film references. From theaters to cinemas, the story of this unusual musician contains all the elements to become the new divine symphony of Czech cinema. 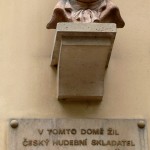 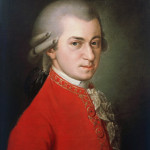 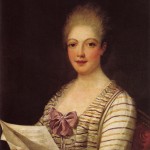 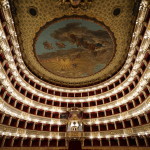