Home  »  Prague and surroundings   »   The Žižkov freight station, from the past to the equally glorious future

The Žižkov freight station, from the past to the equally glorious future

From strong point of Czech interwar engineering to the abandoned ruins of the present day. However, the history of the Prague 3 rail yard seems to be about to change again

“There is only one thing in life worse than being talked about, and that is not being talked about”, said Oscar Wilde. And in fact regarding the Nákladové nádraží Žižkov, or the railway freight yard of Žižkov on Želivského street, which to be concise we will call NNŽ, for several years there has been a lot of talk indeed.

Among the many architectural sites that have fallen out of favour in the various nooks and crannies of Prague, this is perhaps the most emblematic. In addition to being in a state of neglect for several years, it has also been at the centre of several debates about its destiny for several years.

Even the space around the rail yard is also not looking in a particularly good state. Opposite is Olšánská Street, with the Prague 3 post office and one of the main buildings of the O2 telephone company (which will almost certainly end up even worse than the NNŽ, but we are not here to talk about this). These are socialist buildings, which it must be said, create a strange urban harmony with the architecture of the rail yard. An element that, as we will see, has its own weight. The station is in fact a conglomerate of functionalist buildings from the 1930s.

On a technical level, the overall area of the Nákladové nádraží Žižkov occupies a huge area, of about 33 hectares, with buildings that, on the long sides, run for over 350 metres. Warehouses are located on these long sides, many of which are still in use. On the short one, the one on Želivského street, we find the administrative offices. 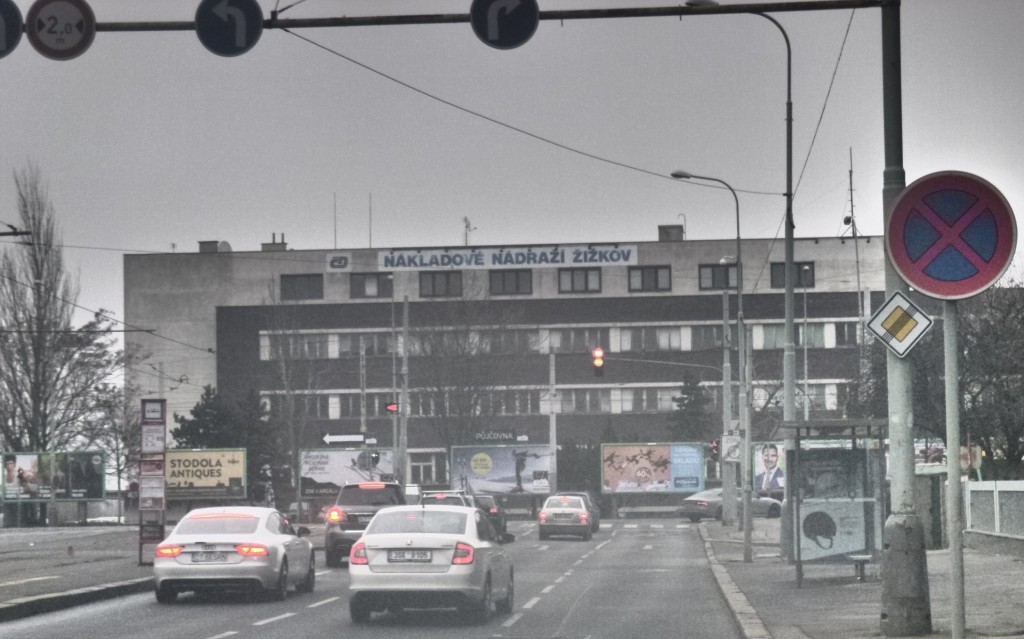 The whole complex was designed between 1927 and 1930. In 1931 warehouses and ramps were built, administrative buildings arrived in 1934. Construction costs amounted to around 100 million crowns, a figure roughly equivalent to four or five billion of today’s crowns.

The station was put into operation in 1936 (note the speed of realization of a project that would be ambitious and colossal in scale even today) and, as often is the case with the structures that we explore in this column, at the time it was an avant-garde complex. The basic project had been planned with extreme rationality and the various parts of the airport had been arranged according to the functionalist theories that dominated the architectural scene during the first Czechoslovak republic.

The task of the NNŽ was that of a typical terminal station, a freight station where the tracks end, transfer the goods from rail to rubber and vice versa. In fact, however, the station presented an incredible variety of innovative solutions, many of which made their first appearance in Europe at the time: loading ramps from inside to outside of buildings, vertical lifts for the transport of goods, mobile walkways in steel (also these for the transport of goods), extremely light supporting structure of the buildings. In short, seeing the Nákladové Nádraží Žižkov in the 1930s must have been a more science fiction rather than futuristic experience.

The station was also located in a strategic position. It connected to the Czechoslovak railway network at Malešice station, and thus said, it is easy to imagine the perplexity of most. Malešice however is located on the Líbeň-Vršovice line (a secondary line). That is, the freight trains that went from NNŽ to Líbeň could then continue to Brno or Ostrava, while those that went to Vršovice were inserted on the Prague-Plzeň-Munich line. Without going through the central stations of Prague and considerably decongesting rail traffic in the central part of Prague.

The fortune of the rail yard experienced a first hurdle in 1966, when new storage spaces were opened in Strašnice, in an area nearby but at the same time more decentralized. However, the fate of NNŽ was determined, globally, by the progressive transfer of freight transport from rails to tyres. The more we preferred to ship cargo by truck, the more the importance of trains diminished.

Consequently, the traffic in Žižkov decreased, although it was not very perceptible. Evident proof of this is the fact that the sleepers of the tracks are almost all in concrete and not in wood, a sign that the rail yard has been subject to maintenance also in relatively recent times. The activity of the station was officially terminated only in 2002.

Officially but actually not. In the following years there was no lack of recovery initiatives. In early 2011, the ČSKD Intrans, the cargo section of the České dráhy state railway company, sent several daily and weekly trains from Žižkov, many of them international. Associations of railway lovers have also tried to organize some historical trains (an extremely popular phenomenon in the Czech Republic) that connected the rail yard with other smaller stations in the city.

These experiments, however, did not have a long life, since in February 2011, a convoy derailed, and the definitive abandonment of the structure was agreed upon. The conclusive blow to the station, however, came last year. There was a new accident at Malešice station, near the railroad switch leading to NNŽ. The result was that it was decided to remove the switches and the tracks of the station were definitively cut off from the national network. Obviously, all this happened after the definitive transfer of all the remaining cars. So if you manage to visit the internal courtyard now, you find it desolately empty (the wagons gave the area a certain post-apocalyptic charm).

Although the tracks are no longer needed at the moment, this is not the case for the warehouses, which are still active. In fact, if you visit the station you will still notice some human activity outside. Furthermore, the administrative buildings and part of the structures were declared a national heritage in 2010. It is obvious that the owner of the structure, the České dráhy, did not like the decision, since the fastest and least expensive solution was obviously to raze everything to the ground. Appeals and counter-appeals, however, were of any help and the NNŽ was definitively confirmed as national heritage in 2013.
The developments are therefore easily understood. They tried to sell (there had been, unsurprisingly, an interest from Penta Group), redevelopment projects were presented with the not indifferent problem of getting everyone to agree. On the one hand, the České dráhy and the Sekyra real estate development agency, which obviously cannot bear to keep a land of 33 hectares fallow for years. On the other, there is the cultural heritage, the urban development institute of the capital (IPR), the Prague 3 municipality and that of Prague itself, which really cares about saving the station.

Now, it seems that a project capable of saving capital and the station, is on the way, and could be presented this year, anticipated by a memorandum for the revitalization of the entire area, signed by all the parties involved (the State, the Municipality, the municipal districts concerned and clearly Sekyra Group). The recipe is a classic: it is planned to refurbish the buildings, obtaining living spaces, schools, offices and shops, while nevertheless retaining the characteristic cranes and the communication and transport systems for goods that were so advanced in 1936. It is also planned to establish the new headquarters of the national film library, while a large part of the area would be destined to become a park.

There would even be the idea of extending Olšanská Street by circumnavigating the rail yard to reach Malešice, a place where sooner or later, the future ring road of Prague will have to pass. The tram line would also be extended up to Malešice to create a new terminus. A curious element in this case is that the tracks of the Prague tram are of a normal gauge, so for this new section the rails of the rail yard could be used directly. Finally, there is talk of placing one of the Metro D stops in the rail yard. But this, given the state of progress of the project for the fourth metro line, today truly seems like science fiction.

In short, where today there is a station in ruin surrounded by large lands where the brushwood is recovering what the railways had taken away, a neighborhood of 15,000 inhabitants could arise in the near future. It is true that some structures in the area, such as the O2 headquarters that we mentioned at the beginning, will in all probability be demolished to make room for more modern buildings, but it is also true that what will arise in its place must match the architectural style of the NNŽ, precisely because of the strange building harmony that we mentioned at the beginning. An element that makes us think that the Nákladové Nádraží Žižkov, among the many industrial-historical buildings that fell out of favour in Prague, seems to be the one with the best chance of finding a happy ending to its history. 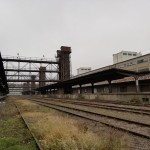 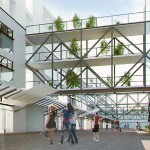 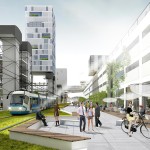