The rate you are looking for is currently unavailable

posted by Redazione May 25, 2019 Economy and Market

My mobile subscription expires towards the end of the month. I search through the offers of the three companies that dominate the Czech market. Compared to 2017 the contractual conditions have changed little and, above all, the subscriptions of the three operators are very similar. I close the search without having decided anything and with a sense of dissatisfaction. 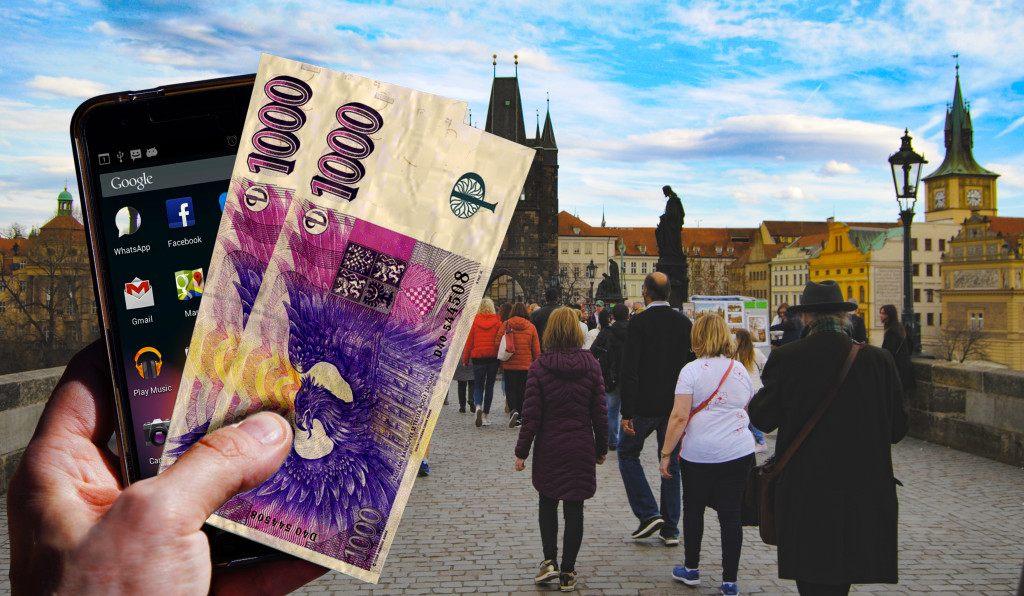 The prices of mobile telephony have been among the most discussed topics in the general press in recent years. Perhaps, among the only real competition we can mention are the high bank commissions, the frequent robberies of taxi drivers and the low professionalism of real estate agents. What fires up the spirit of the Czechs, who are notoriously ready to complain, is the feeling that the telephone operators have adapted to an unjustified source of income. The discontent is fed by the newspapers that compare the rates with those of the other countries. In this case the promised land is not Germany, where prices are similar to those in the Czech Republic, albeit with very different salaries and spending power, but Poland. The eastern neighbor stands out for particularly advantageous offers with subscriptions that cost the equivalent of 300 – 400 crowns and that include unlimited calls and data at choice. “Those who want Polish subscriptions can go to Poland”: this was the reaction of a deputy minister of Industry and Trade, who had to leave his post a few days after the unfortunate joke.

This time, however, the propensity to complain seems to have valid foundations. In a study of the European Commission of 2018 the Czech Republic is identified, along with Hungary, Greece and Cyprus, in the group of countries where mobile phone services are more expensive. One of the factors analyzed in the Commission’s study is the cost recalculation in relation to purchasing power, a methodological advantage that few similar researches can boast.

The study in question indicates a strongly irregular situation on the European continent, which cannot be easily explained by the characteristics of the individual markets. Some of the most favorable conditions are present in small countries, with few players on the market, such as Estonia and Finland, while large countries like Germany have relatively high costs. Looking at Europe, the first impression is that of a fragmented and very uneven market.

The high prices of Czech mobile telephony have also been confirmed by recent research by the Czech telecommunications agency (ČTÚ). In March this year the agency published its own survey which effectively confirmed the situation described in 2018 (based on data from 2017) by the European Commission. In the last six or seven years there has been a decline for calls, text messages and access to data, but the situation, compared to other EU countries, has not changed. “Retail prices in the Czech Republic have fallen less than in other EU countries”, writes ČTÚ.

As highlighted in the report, Czech operators are “dear” at their source, in wholesale prices. For this reason, the price lists were not influenced by the arrival of virtual mobile telephone companies, which provide services by relying on the infrastructure network of one of the three companies with antennas and repeaters in the field.

The virtual operators have concentrated above all on that 30-40 percent of the Czech market, which still have mobile phones in little need of data. Their service package is made up of prepaid rates, with particular attention to the costs of calls and text messages. It is also for this reason that the many virtual operators continue to have a market weight of well below ten percent.

Off the books offers

In this situation many people believe in a collusion between the three operators with their own networks: O2, Vodafone and T-Mobile, which support each other in the determination of prices. “The similarity or identity of the tariffs does not demonstrate a monopoly agreement in itself”, emphasizes the Czech Antitrust. The agency conducted an investigation, from which it was not possible to determine any anomaly in the behavior of the three major operators. Moreover, without valid proof, such as documents or interceptions, the Antitrust Authority cannot launch accusations of conscious price coordination.

“With the partial exception of 2013, the Czech position does not improve”, writes ČTÚ in their latest report, preferring to talk about a tacit agreement between operators. The three sisters of the Czech mobile telephony, which in fact have a very similar market share, balance themselves trying not to “ruin the market” with a race to lower prices.

In response to the disgraceful accusation of alliances, or simply one copying the tariffs from the other, the Czech companies have responded by minimizing and denying the importance of the price list. In addition to offers for families, students or seniors, which are usually not taken into consideration for national and international comparisons, customers can obtain numerous personalized discounts, threatening to go elsewhere or promising loyalty to operators. These offers are not public and therefore do not affect the comparisons. The phenomenon of “backroom” offers is difficult to estimate, being one of the best kept secrets by the operators. One of the few documents that describe the phenomenon is the recent report by ČTÚ. According to the agency, over thirty percent of the clients of the three major companies enjoy “off the books” conditions, with a discount range between 20 and 80 percent on official prices.

In the event in which you do not want to move forward in a Turkish bazaar negotiation the possibilities to significantly reduce the costs for maintaining your SIM are almost non-existent. Yet politics has promised improvements for many years. Everyone’s preferred solution is to bring in a fourth mobile network operator, who launches the price war to attract a significant number of customers (in a saturated market). In this case, the virtuous example is Italy. The Peninsula already had a relatively inexpensive status in the 2017 European Commission study for the mobile phone sector. With the announced entry of the fourth operator, the French Illiad, prices have fallen by more than a fifth and services have increased by over sixty percent. However, the example of neighboring Slovakia shows that the entry of the fourth operator can be reabsorbed by historical companies with an increase in services at almost constant prices.

Between March and April, the government also activated themselves and will try to attract the new operator for the latest 5G band auctions. “The fourth operator will have to invest 20 billion crowns in the network or accept the market conditions dictated by others”, Prime Minister Andrej Babiš noted however, having promised the new operator in the electoral campaign. According to the president of ČTÚ the government should even prepare incentives for the new operator, as is done with industrial investors. However, the only concrete procedure now being discussed is the bill that will make it easier to move from one operator to another.

So I continue to wander in the jungle of almost equal proposals from the companies coming to this conclusion: the only way to reduce spending is to move to the new model of Nokia – 3310, which almost does not need to have to access the Internet.