Walking through the centre of Ostrava, you may happen to arrive in a square named after Edvard Beneš. The square is divided in two: on one side there is a clear pavement; on the other, a garden with trees scattered around and a monument in the centre. The monument bears the statues of three workers, an old exercise of socialist realism. Two faces point straight ahead, but a worker, instead, turns to the side and appears to be looking at the sky. A look of concern.

Professor Radim Šrám, ecotoxicologist at the Institute of Experimental Medicine (part of the Czech Academy of Sciences), is leading the biggest study on the effects of air pollution in the country. The target region is Moravia-Silesia – specifically the Ostrava area. The health of about eight thousand people considered among the most “vulnerable,” such as those working outdoors (for example, the municipal police) or new born and pregnant women, will be monitored meticulously for five years, and compared with similar samples of the population in Prague, Brno and České Budějovice. The budget allocated to the project, co-financed by the European Union, is very significant: 250 million crowns. Previous studies have already shown the impact of pollution on respiratory and cardiovascular diseases, but no work has ever been so extensive and detailed, from the number of pollutants under analysis to possible mutations in DNA. “This project is really something new,” announced Šrám. After decades of dust swept under the carpet, it seems that the Czech Republic has decided to analyze the matter thoroughly. 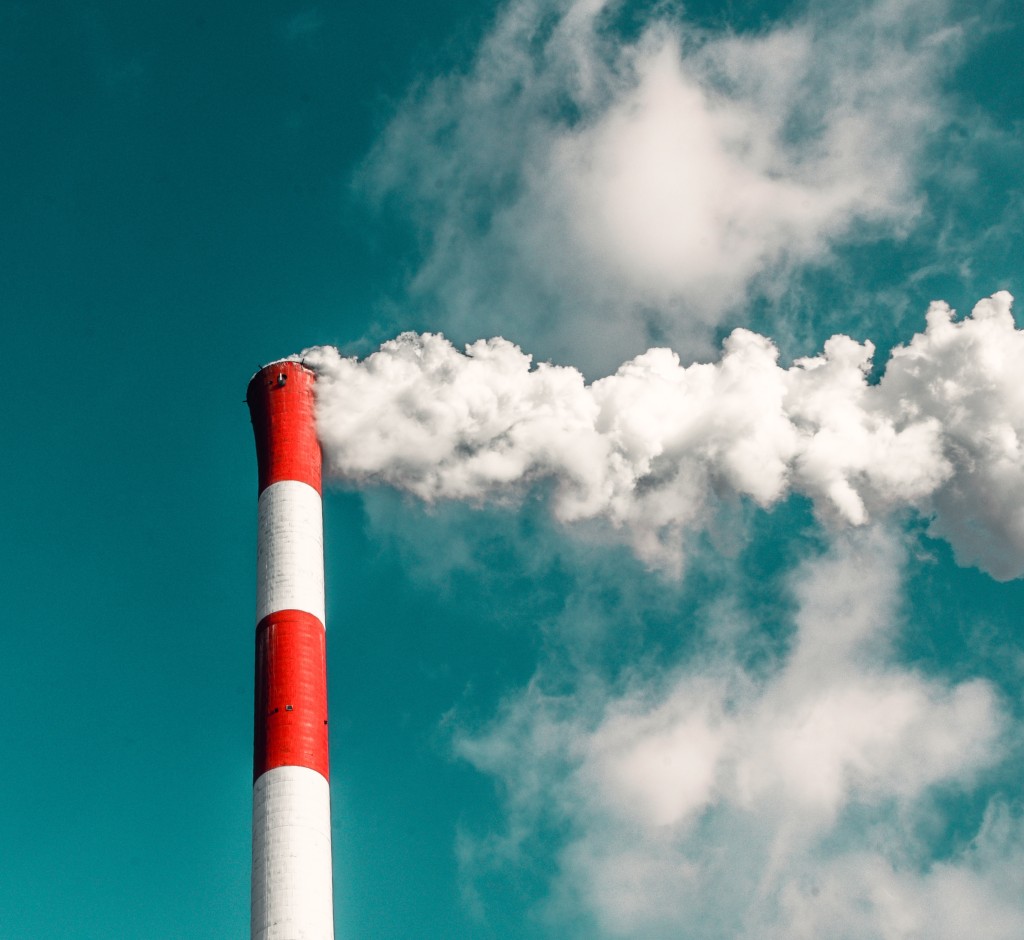 “The heart of steel of Czechoslovakia” is the nickname that the city earned in the communist period. When Klement Gottwald inaugurated the great steel industry of Nová Hut ‘(“the new plants”) on December 31, 1951, it was added to the mines and metallurgical factories that already surrounded the town since the mid-nineteenth century. Today the factory is still in full operation, in the hands of the giant multinational corporation Arcelor Mittal – one in five machines in the world is produced with the group’s steel. The plant is the largest in the area, but the city still boasts two steel plants, three power plants and another 25 smaller plants. Work and pollution, a very close, morbid relationship that afflicts the city like few others in Europe. It is enough to walk through its working-class neighborhoods to notice, with a finger on the walls, the dark dust that accumulates among the bricks. Heavy metal powders, genuine poison floating in the air. In the winter days known as those of “inversion,” when the low clouds and the absence of wind create a deadly trap, the fumes of the factories remain there, like fog on the city.

If pollution is not new, even “green” resistance has been standing for some time; firstly, data in hand. Dr. Eva Schallerová, a pediatrician, for over twenty years has treated the children of the neighborhoods of Radvanice and Bartovice, the closest to the industrial plants. Between 2010 and 2013, together with Professor Šrám, she published numerous research results on the consequences of the exposure of children to pollutant emissions. It was precisely the work of Schallerová and Šrám which brought the problem under the scrutiny of the media for the first time, and not only nationally.

A very common saying in the dialects of the Neapolitan family, the “colour patch” (“pezza a colore”) is the improvised solution to repair a compromised situation, to remedy something that could appear as bad or a mistake, to make it more acceptable. The linguistic connection is immediate if you think of the great success of the Colors of Ostrava, an international music festival that attracts tens of thousands of spectators every year. The festival is housed in the old Dolní Oblast factory in Vítkovice, a metallurgical plant practically in the city, born in 1828 at the instigation of the Archbishop of Olomouc, Rudolf Jan (Rudolf Johann of Hapsburg-Lorraine). Having been closed in the late nineties, the old factory is now the spearhead of the city’s post-industrial transition. Every July the concerts of the Colors come to life in the alienating atmosphere dominated by a 65-metre-high furnace. Thanks to the reconversion designed by the Czech architect Josef Pleskot, the new civic and cultural function of the factory from 2012 to today is branched into university buildings, student housing, restaurants and cafes and, icing on the cake, a huge gasometer (a structure to store the gas) has been transformed into a modern auditorium, with a 1,500-seat concert hall and a contemporary art gallery. Local administrators, as well as national ones, rely heavily on the political marketing of the Vítkovice project, and the results are more than positive for the image of the city. But not influential on an environmental level.

The good practices and measures carried out by local authorities in recent years have very limited effectiveness. In 2010, a Fund was launched for children at risk from atmospheric pollution, which organizes walks in the countryside for children in the worst affected areas or scholarships to improve their economic conditions. The administration is also proud of the measures for the replacement of coal stoves and boilers, investments in green areas and urban transport. The “green” policies and the greater attention are to be praised, but as explained by a research carried out by the University of Ostrava, “Air Pollution and Potential Health Risk in the Ostrava Region, published in 2016 in a scientific journal of the sector (Central European Public Health Journal), pollution reduction in recent years has not been enough to improve air quality. On one hand, the territory has “accumulated” pollutants for a long time, on the other the industrial emissions (particles Pm10 and Pm2.5) continue to be present in massive doses, to the extent that the life expectancy in the city is two years lower than the rest of the country. Even the city administration website, praising its results, covers its responsibilities explaining that “pollution from Poland cannot be reduced.” However, there is a proverbial elephant in the room which they don’t want to talk about: industrial pollution in the region. It is clear that the problem is at State level.

The battle for the environment moves to court

Convincing the State to fight industrial lobbies and impose strict environmental legislation is not a trivial matter, especially when counting on fighting with giants such as Arcelor Mittal. If up to now the commitment of NGOs and scientists has not been able to change the legislators’ minds, the battle recently moved to court.

In 2016, the Čisté nebe (Clean Sky) association, with the help of the legal pool of Frank Bold (a Brno-based association specialized in legal support on environmental issues), sued the Czech Ministry of Environment, arguing that the programs to counteract the atmospheric pollution in Ostrava did not possess any real commitment or objective; in short, that they were useless to bring it down to reasonable limits. The policies aimed at the centres of Ostrava, Karviná and Frýdek-Místek focussed precisely on improving transport and heating, but neglect to consider industrial emissions, which, however, account for almost 70% of the polluting factors. Between 2017 and 2018 several victories in court arrived for the almost identical causes presented by various associations in different cities: Ostrava first of all, and then Brno, Ústí nad Labem and Prague. The court has always verified the inadequacy of ministerial policies.

Kristína Šabová, of Frank Bold, can only be satisfied with the success. “The Ministry must now prepare updates for all areas of the Czech Republic. The updating process should already have started,” she explains. “We will monitor it closely with the aim of promoting effective measures to limit air pollution as soon as possible.” The association is now engaged in the new case on newspaper headlines, since in November 2018 an inhabitant of Ostrava, who has always lived in the area of ​​Radvanice-Bartovice, sued the Ministry of the Environment following the death of her husband, a lung cancer patient. “The Ministry of the Environment has the obligation to do everything possible to reduce pollution as soon as possible,” the association explains. “The Ministry has not fulfilled this obligation. The purpose of the legal action is to make the ministry responsible for the consequences of this failure.”

The state is therefore under investigation. And in the case of closed doors, the associations are ready to resort to European courts of justice. The situation therefore risks being a thorn of the side for the administrators of a country that is notoriously unwilling to lend an ear to environmental pressures, a country, that is to say, still heavily dependent on coal.

It is not known whether the “legal” push of Czech environmentalism has influenced the decision on new research investments, but Professor Radim Šrám’s mammoth five-year project can only be good news to fully understand this and perhaps, provide more weapons to the State to deal with large industrial lobbies (of course, in the utopia of politics that cares about the fate of the country). The impression, however, is that the still dying province will remain the battlefield of a war, between man and the environment, much more important and involving far wider borders that those of the small Central European nation.