Among the artfully orchestrated conflict and disinterest, the EU elections in the Czech Republic promise to be simple to read: Babiš and abstentionism will win

The Czech Republic, where Euroscepticism has long been at home, is approaching the key date of the European elections at the end of May amid a climate of widespread disinterest.

Perhaps, what could have ignited the climate, although still in an anti-Brussels direction, was the migrant crisis. In recent months, however, with the decrease in disembarkations, the issue has diminished a little, leaving the anti-EU “sovereignists” orphans of their main topic, all the more so in a country where African and Middle Eastern migrants are practically non-existent, and the few who arrive are almost always just passing through, headed for Germany and other northern European states.

It is possible that the turnout at the next European elections will not be negative, as occurred in 2014, when a meagre 18.2% was reached in this geographical area, but in any case, it will be a few percentage points higher at best.

Nothing new, in short, in the shadow of Prague Castle and in a country that this year celebrates, so to speak, the 15th anniversary of its EU membership, which took place precisely in 2004. Even then, a few weeks later the official celebrations for the expansion and fireworks that lit up the Charles Bridge and the Vltava, the first European vote of the Czech Republic attracted the participation of 28% of those entitled, so far the highest percentage ever reached here. 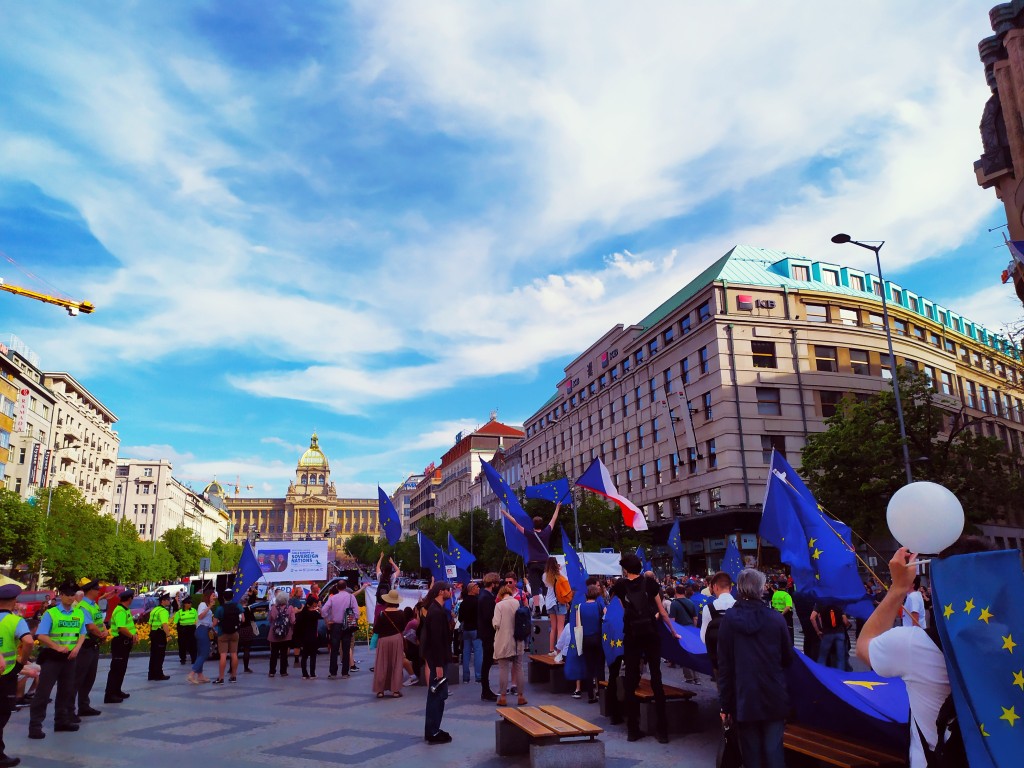 The reason for such indifference and skepticism towards the EU, in a country that belongs to the Union and to the single market and has benefited in various ways, is not easy to understand. It would suffice to remember that 85% of Czech exports are directed towards the EU, which is all to say for an industrialized economy like this, which sells the absolute majority of its production abroad. The Czech Republic, in these 15 years as a member country, has therefore always been the clear beneficiary of European funds, to the point that, until 2017, it received from the European Union, at the current exchange rate, the equivalent of about 52 billion euros, having paid only 22 billion.

For some years, economic indicators have registered performance worthy of envy, with unemployment at its lowest in Europe and robust GDP growth. On the other hand, wages always remain very low compared to the West, housing prices in Prague and in the main cities have become prohibitive for an average citizen and the country is facing a serious private debt crisis, with about one citizen out of ten dealing with forced execution. All that glitters is not gold therefore, and this situation, as well as undermining social cohesion, can serve to understand the frustration of the electorate, even with regards to the EU.

Trying to predict the results of the upcoming EU elections, the feeling is that as well as five years ago, the most voted movement will be the populist Akce nespokojených obcanů, “Disgruntled Citizen Initiative”, acronym ANO, led by billionaire Prime Minister Andrej Babiš.

Regarding those who consistently benefit from EU funds, the head of the Czech government is undoubtedly one of them. Agrofert, his great agrochemical holding company, which is headed by him, although behind the screen of trust companies, has received generous European subsidies for years.

And yet, Babiš himself, in an effort to tune in with his electorate, never misses an opportunity to express his distrust of Brussels and of the single currency itself, repeatedly saying that it will not be this government that sets a binding date for entry into the eurozone. Recently he also had words to say about the usefulness of the semester of Presidency of the Council of the European Union, which will again be in Prague in the second half of 2022. “It costs too much and does not bring us any benefits”, he stated publicly, seemingly even coming to ventilate the possibility that Prague may renounce it. The indiscretion was immediately denied but gives the idea of sufficiency towards the EU with which the Prime Minister is preparing for the elections at the end of May.

Last January, Babiš renounced the possibility of appearing before the European Parliament, in the plenary assembly, dismissing the proposal with the following words: “that is a place where an election campaign takes place. It also makes no sense to present myself in front of people who will be defeated in the elections in a few months and will no longer be there”.

Just a month earlier, in December, the European Parliament had adopted by a large majority, 434 votes in favor, 64 against and 47 abstentions, a resolution that highlighted Babiš’s position of conflict of interests, with a request to the Commission to suspend the EU subsidies in favor of its group and to recover all the funds received from Agrofert illegally or irregularly.

The fact that the Prime Minister is in a serious situation of conflict of interests is however well known to Czech voters. During the previous legislature in 2017, the Chamber of Deputies had even approved an authorization to proceed against him for alleged fraud involving European funds, used for the construction of his Stork’s Nest resort. However, this did not prevent Babiš from winning almost all the electoral competitions in which he has participated since 2013, that is to say, from the founding of ANO.

As for the other parties, from the ODS Civic Democrats to the Pirates and Social Democrats of the ČSSD, not even this time are they able to tarnish this supremacy. At most they can fight for second place, but with percentages that risk being half of those of ANO, to whom polls give close to 30% of the votes.

The Freedom and Direct Democracy party, the SPD, led by the Japanese-Czech Tomio Okamura, appears to be declining, having become the third force in number of deputies in the Czech Chamber in the 2017 general elections. Lately, the SPD has been paying for the mitigation of the migrant crisis, especially as this is a subject in which in practice all Czech parties, albeit at different levels, agree in saying no to the EU requests to accept refugees.

Among the topics that are expected to lead the discussions during the forthcoming weeks of electoral campaigning for the European elections, are those concerning the double quality standards of food products. In fact, the Czech Republic, like other EU countries of the former Warsaw Pact, feels discriminated against because, despite the same labels, sometimes food products of lower quality in terms of quality, taste and ingredients are sold compared to those in western Europe, sometimes even at higher prices. This is a problem that increases the feeling of many Czechs of being second-class European citizens.

One of the parties that interprets the feelings of frustration of the Czech electorate most strongly, according to Brussels, is the communist one, the KSČM. This political force, after almost 30 years on the margins, has once again become decisive for the government of the country, and it is thanks to its external support that the current minority executive, composed of ANO and ČSSD, can go ahead.

In addition to the Social Democrats, the most traditionally strong pro-EU Czech forces are the Top 09 liberals (who present themselves in alliance with the civic movement of mayors and independents, STAN) and the Christian Democrats of KDU-ČSL. In view of the European vote, they both risk not exceeding the minimum threshold of 5%. 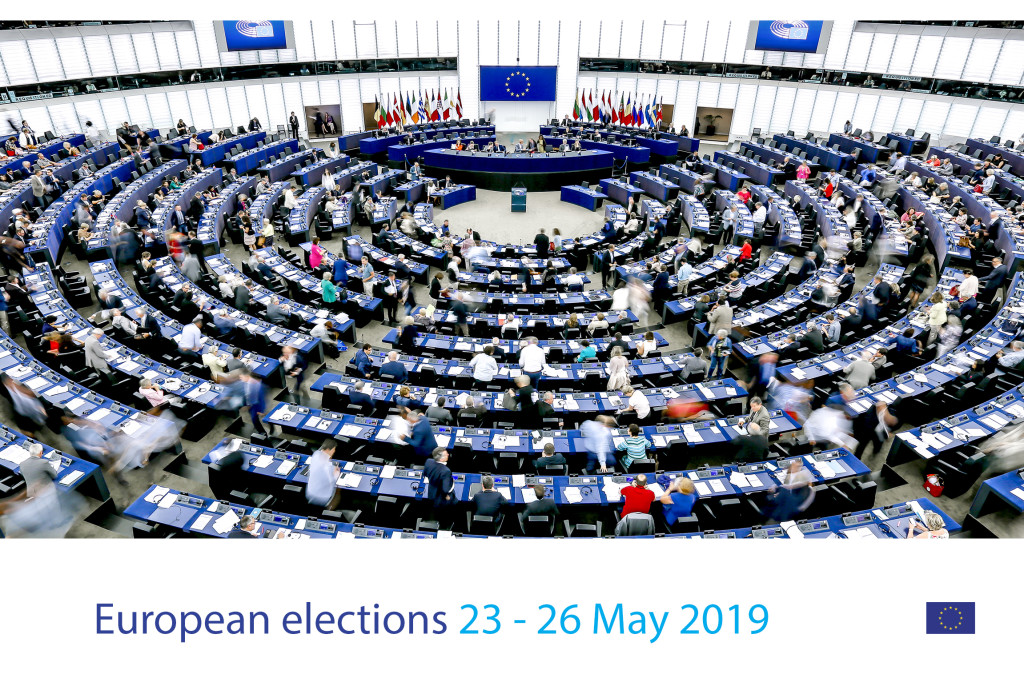 In this climate of widespread Euroscepticism and in the absence of political forces capable of arresting it, we note an initiative that comes from the Czech academic world with the intent of facing the fake news and anti-EU disinformation campaigns expected in the coming weeks of the electoral campaign. The impulse came from the Palacký University of Olomouc, whose rector invited colleagues from other universities to give rise to a joint initiative, Euforka, whose goal is to give citizens more information and above all more precise information on the EU. Teachers to volunteer students, if the project really goes through, they will take the time in these weeks to go around the schools, residences for the elderly, but also to the typical provincial breweries, to give lessons on the EU, to explain how it functions and above all to deny the false myths that discredit the European project. So far, about twenty universities have joined, including Charles University in Prague.

“This is a preventive cure against the Czexit risk”, said the rector from Olomouc University, the historian Jaroslav Miller. “Today the Czech political forces and the citizens who want to leave the EU are the minority. The problem is that the state is fatally losing the fight in terms of information. It could therefore be only a matter of time that an exploited minority becomes a majority”.

After all, as some observers have pointed out, even in Great Britain in 2016 what is happening now in reality then seemed impossible.