Home  »  Prague and surroundings   »   Ledárny Braník, from ice to dust

Ledárny Braník, from ice to dust

Braník, a district known for its brewery, was once famous because rather than beer, ice was kept cool

The sleepy Braník district is located on the right bank of the Vltava in the south of Prague. It is suspended between the Podolí Riviera and the Sídliště of Modřany and there is practically nothing, which makes some difference, except for a railway station connected directly to Hlavní Nádraží.

Most people know it for the beer bearing the same name, being not among the best but certainly among the cheapest in this land. Slightly fewer people perhaps know that there is a park, which is also a natural reserve, at the foot of the curious cliff that dominates the area, and which gives it its name. Braník seems to be a contraction of Branný Vrch, defensive mountain. In short, the gates of the city (brány) have nothing to do with it. And how could it be, after all? Vyšehrad, the actual southern border of ancient Prague, is miles away.

Let’s leave the name of the neighborhood aside and go back to the brewery, which is inextricably linked to the complex in question in this article. Despite the fact that Braník is to its more famous colleague across the river, Staropramen, what Bohemians are to Sparta (no Slavia here, Braník is of scarce quality and likeable, Staráč after a while in Prague becomes unbearable), in the past it has had a significant advantage over the competitor. It had the ledárny around the corner. Since there are no longer the ledárny today, it is necessary to explain what they are.

It is easy to understand that led-árna comes from led, i.e. ice. It is a place where, before the advent of the refrigerator, ice was stored, to such a large extent that even in Italy we still have similar structures, the icehouses. And ice served the oldest purpose in the world, namely to keep beer (but not only that) cool. In short, it was a warehouse in which solid state water was stored throughout the year and then distribute the frozen plates, throughout the year, to the breweries and all the hospody in Prague, but also to hospitals and food companies. 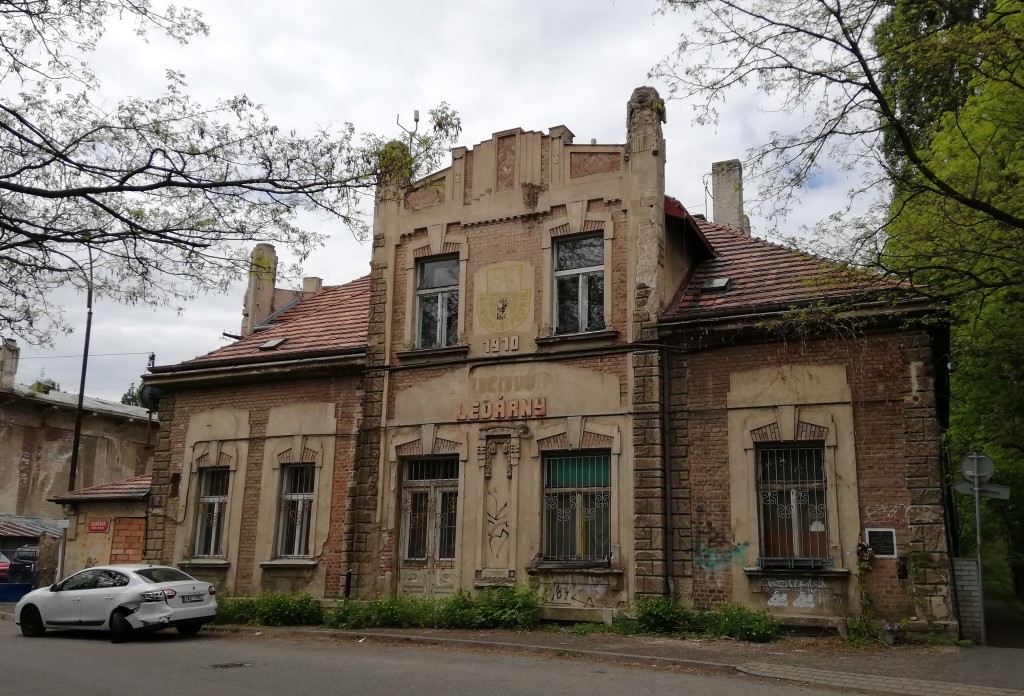 In short, the ledárny at the beginning of the century were in Braník, not in Smíchov, even if they were not the first in the Czech capital. Prior to Braník, the town’s icehouse was on the island of Štvanice. However, by the end of the 19th century it had become ill-suited for the purpose. It was made of wood, to name one reason, and the island of Štvanice was planned to have the power plant built on, to mention another. It was therefore decided to create a new building and the choice fell on Braník. This is because the area was among the coldest in the city. Basically, it is located behind the hill mentioned above and therefore for a fair part of the day it is in the shade. This made the river freeze here longer. In addition to this, it is located near a small bay, an area that made cutting operations much easier.

The factory was built by the Karlín Nekvasil company between 1909 and 1911 and, of course, was well ahead of its time. Among other things, it was one of the first reinforced concrete buildings in Prague, it had special cork cladding and a sophisticated ventilation system with a capacity equal to 20,000 tons of ice. The architect was Josef Kovařovič, today almost forgotten but at the time extremely active. Indeed, we find many of the Art Nouveau condominiums in Josefov, Nové Město, Vinohrady, Bubeneč and Holešovice.

The new structure served the city for about forty years, then was quickly abandoned. Now, the reason why the ledárny fell out of favour could be easily understood and attributed to the advent of refrigerators. This is actually incorrect. The end of the warehouse was decreed, in 1954, by the construction of the Slapy dam, which perhaps did not make ice storage impossible, but certainly prevented its collection. The construction of the dam in fact led to a stabilization of the temperature of the waters of the Vltava which, since 1954, practically stopped freezing (remaining on the other hand very cold during the summers).

However, the structure remained in the hands of the socialist state, which first made it a fruit and vegetable warehouse and then, after 1980, began to evaluate the possibility of making it a museum. 1989 changed things, and with them the owners of the ledárny, which in recent years have been different, including some Italian companies, as reported by the Czech press. But even in this case the various revitalization projects have never been completed.

In the 90s there were several ideas for using the former warehouse, not least of which was to convert it back to a pleasure house, since no one lives in the area and that at the time these operations were going strong. Nothing was ever done, neither of this nor of other projects, and the former icehouse was left to itself.

So, arriving in front of the Ledárny Braník today, the last thing that goes through your mind is to find yourself in front of an Art Nouveau building. In addition to the train, you can easily get there from the cycle path that runs alongside the river, you also pass a curious training area for two-wheeled freestylers and you have the vision of a brown and anonymous building in the trees. Once you have gone beyond these trees, the idea is that you have gone the wrong way and ended up in a kovošrot or car wrecker, whatever you want. Cars densely parked everywhere, courtyards invaded a bit by vegetation and a bit by sheets of various materials. Peeling and faded walls. But no, on the buildings the word Ledárny is written in large capital letters and in prominence, which have resisted the abandonment to date. So, we are really in the right place.

On the other hand, it is clear to eye that the potential of the entire complex is extraordinary. Certainly not for reuse for work purposes. The ledárny are too small to become a factory. They are even too narrow, and therefore companies could not put even an open space there. Then of course, even if the ice was underground, it is normal that the structure above which the workers spent most of the time had to favor the dispersion of heat.

The use for industrial-work purposes therefore has to be discarded. However, a lot of arrows remain at disposal of the bow of those who would like to reuse the icehouses: an attractive position near the river, in the midst of lush greenery, with nobody living nearby, and parking, tram and train stops within walking distance. In the area there are also water sports and horse-riding clubs, the afore-mentioned cycling lanes that connect Modřany to Podolí, tennis courts and even a (grassy) beach that seems to be quite popular with the people of Prague. In short, this complex can be converted into practically any type of centre for river and land recreational activities, not to mention its use as a hotel.

And in fact, the interest of private individuals in the area is quite high, even if it does not correspond to that of the city hall of Prague 4. If on the one hand the intention is to restructure the ledárny, on the other hand the idea is also to eliminate the greenery and raise housing centers. Last November, the municipality of Prague 4 announced that it had received a proposal from a private investor to renovate the icehouses into a multipurpose center. The problem, as pointed out by the council, is not so much the redevelopment of the building, nor the possibility of building something around it, as long as it is not “16-storey buildings”. The council however declares to be in favour of the project, provided that changes are made, so it is not certain that the ledárny will remain in this state of abandonment for a long time. Besides, due to the afore-mentioned station, Braník is worth an afternoon outside the chaotic centre of Prague. Keep in mind that getting there from Hlavní nádraží takes 15 minutes (by tram over 40). But check the train times carefully, because every so often the interval between two trains is an hour and not half an hour, as with most of the linky-S. 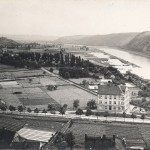 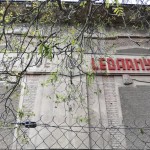 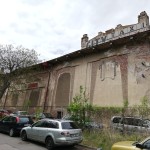 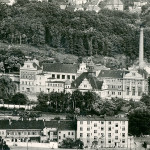