Home  »  Prague and surroundings   »   Letná: modernity, cuffs and the desire to speculate

Letná: modernity, cuffs and the desire to speculate

Residential area or epicentre of hipster culture, home to young artists and real estate investments. Here is another internationally renowned district of Prague

Some say that the medal for the hipster district par excellence of Prague goes to Letná. Some say it is just an effective example of “urban redevelopment”. And then there are those who shrug their shoulders and point their finger: it is the usual gentrification, and it is a problem.

In 2012, at the café Alchymista, a stone’s throw away from the Letná football stadium, the “Piccolo neexistuje” campaign poster (the “Piccolo” i.e. small does not exist) was hung near the cash register. At the time it was still common in these parts to sip a “piccolo”, as espresso was called in local cafés, or the drink that was liberally inspired by it. The Alchymista was the only refuge for the most demanding caffeine addicts of the area. Seven years later, coffee has become a litmus paper of the transformation of Letná. If you order a “piccolo” they will look at you with a mocking grin. A second homeland of lovers of the drink, today there are beans from around the world served in different techniques, with varieties suggested in combination with specific sweets by waiters with special training (it goes without saying, coffee now costs twice as much).

We are in the district north of the centre of Prague, which developed in the early twentieth century on a hill nestled between the Stromovka park and the Letenské sady gardens, which includes the so-called Horní Holešovice (the high Holešovice). It is here that a great generational movement has brought over students and young professionals in recent years. Among them workers in the field of arts and young expats seem to stand out for presence. They are the ones who populate the many local co-working spaces, bistros, art studios, tattoo shops, which have sprouted out like mushrooms in the last five years, the perfect homeland of the hipster avant-garde. What this trend is precisely, may not be easy to put into words. The Accademia della Crusca seems to be inevitably out-of-date in its definition of the hipster: “a young man who tends to be uninterested in politics and with highly anti-conformist ambitions, who is recognized by extravagant attitudes and eccentric clothing”. Wikipedia pontificates about the “fashion of affluent young adults residing in gentrified neighborhoods linked to vintage-style clothing, ecological visions and passion for vegan/bio/alternative foods”. It already fits better. Letnáci can often provide pertinent examples. Folding steel bicycles, which cost five times more than a normal bike but are much slower. Scratched room interiors and with exposed bricks, looking old despite having been there for a few months. Tight trousers with inevitable cuffs reaching the uncovered ankles. Aesthetics from social networks, anti-conformism that has very little anti. Cool but let’s be clear: a hipster will never admit to being a hipster.

Where did these brunches and scooters come from, chia seed puddings and, above all, international fame and attention on Letná? Veverkova street, near the busy tram junction of Strossmayerovo Square, was promoted overseas by an article in the New York Times: “Five Places to Go in Prague”, in March 2017. The Page Five design library, Bistro8 café and gallery, Recycle with Love for clothes made from old fabrics, Jakoby atelier and Helena Dařbujánová design studio. All within a few metres, all in the same street. The first great endorsement of how attractive the neighborhood had become.

Local politics, it should be emphasized, provided positive stories. In 2013, the municipality of Prague was about to buy new headquarters for the Prague 7 town hall, creating a small scandal for the obvious inflated price of the building; a popular protest movement led by a teacher, Jan Čižinský, turned into a winning political story from the bottom. The Praha Sobě movement (Prague together) succeeded in organizing a referendum and stopping the project, to then run for the administrative elections and defeat the traditional parties. Čižinský became mayor of Prague 7, a role he still holds, with a program of transparent administration, good participation practices and particular attention paid to the arts and education that made him a small local hero (there are also those who would like to rename the Vltavská stop “Jana Čižinského”); since 2018 Praha Sobě is also in the coalition that leads the Capital. Obviously also on Facebook: the Letenská Parta group, opened by the second leading personality of the movement, Hana Třeštíková, now has more than 25,000 members who freely discuss the neighborhood, with the irony, the complaints and the typical social teasing. More than half of the 43,000 inhabitants of the municipality.

In short, the quality of life under the blue neon of the Bio Oko cinema, on the parapet of Stalin with a beer in hand, at the hidden table tennis of the U Hrdinů café, seems to have a certain charm and a certain comfort to it. The presence of the National gallery in the Veletržní palác, to the east, together with the AVU academy of fine arts in the north, and finally the museums of technology and agriculture to the west delimit the neighborhood and symbolically define it: art and modernity. In between, coffee shops and youth. Speaking of modernity, there is also the headquarters of the European GNSS Agency, where the new EU satellite system is developed.

All happy? It’s not for sure. On the one hand, there are the nostalgic, who have seen the neighborhood change face overnight, and feel estranged.

In 2013, it was still a purely residential area, when most of the clubs closed at midnight, one could rely on the Bar Kuře, (the chicken bar!). Run by an old white mustached man, of an inestimable age, who distributed beers but never smiled until two or three in the morning. Today, in its place there is an American-style club that serves hot dogs. Nostalgia is also present in the protagonists of re-styling. The Cobra bar, for example, symbol of the new Letná, bears the name of the old tavern that preceded it. Much loved by the residents, the old Cobra open until dawn, with its video poker and an unexpected jukebox in the fumes beyond semi-conscious drunks. Closed towards the end of 2014 on the gambling establishments, the boys of the area have recovered it and made it fashionable. But they did not have the heart to rename it: the name is a dedication to the nights of the past.

The hospodas, the traditional breweries, find less space, slowly disappearing, now victims of the market, just as its long-standing inhabitants risk disappearing. And the market leads to the second criticism, factual and resounding: gentrification.

The dizzying rise of Czech real estate is a known fact. The European statistical office reports the House Price Index on the performance of the sector every quarter. The Czech Republic has been growing for years in this aspect at double rates compared to the Union; in the last quarter of 2018, prices were 9.9% higher than a year earlier, compared to an EU average of 4.2%. Prague, of course, leads the market and Letná is one of the fastest growing neighborhoods. In recent years, appreciation has helped shape the area and its inhabitants, since those who can no longer afford the rents are being replaced with wealthy young people. According to a report this January by Deloitte, average prices are now close to the levels of the more famous Vinohrady. “Skyrocketing”, the Americans would say, on the trendy hill prices fly like rockets into the sky.

The balance between style, art and livability in Letná has a precise enemy: the wallet. A generation plays to appear poorer, less conformist and less consumerist than it is; regardless of the risk that the game will collapse, and that those falsely feigning modesty will find genuine holes in their pockets and be forced to migrate to more grey areas. At the moment, however, it is flourishing. 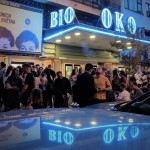 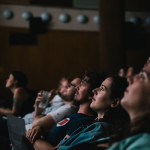 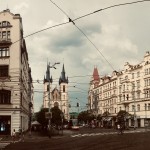 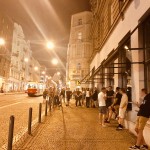