Sparta returns to the top of Czech football

Heart, pride and technical superiority: this is the winning recipe of the maroon coloured Letná team. The analysis of the 2013-2014 season in La Liga, which saw the complete domination the team from the capital

Second place in some cases can be a failure, especially if your name is Sparta Prague and you are historically accustomed to winning. This year however, after three consecutive disappointing second places, the maroon team from the capital, were able to bring the title to the Generali Arena, thanks to a rich squad of talent and the tactical acumen of coach Vítězslav Lavička. For the club, led by the young President Daniel Křetínský, it was 36th league title in their history. 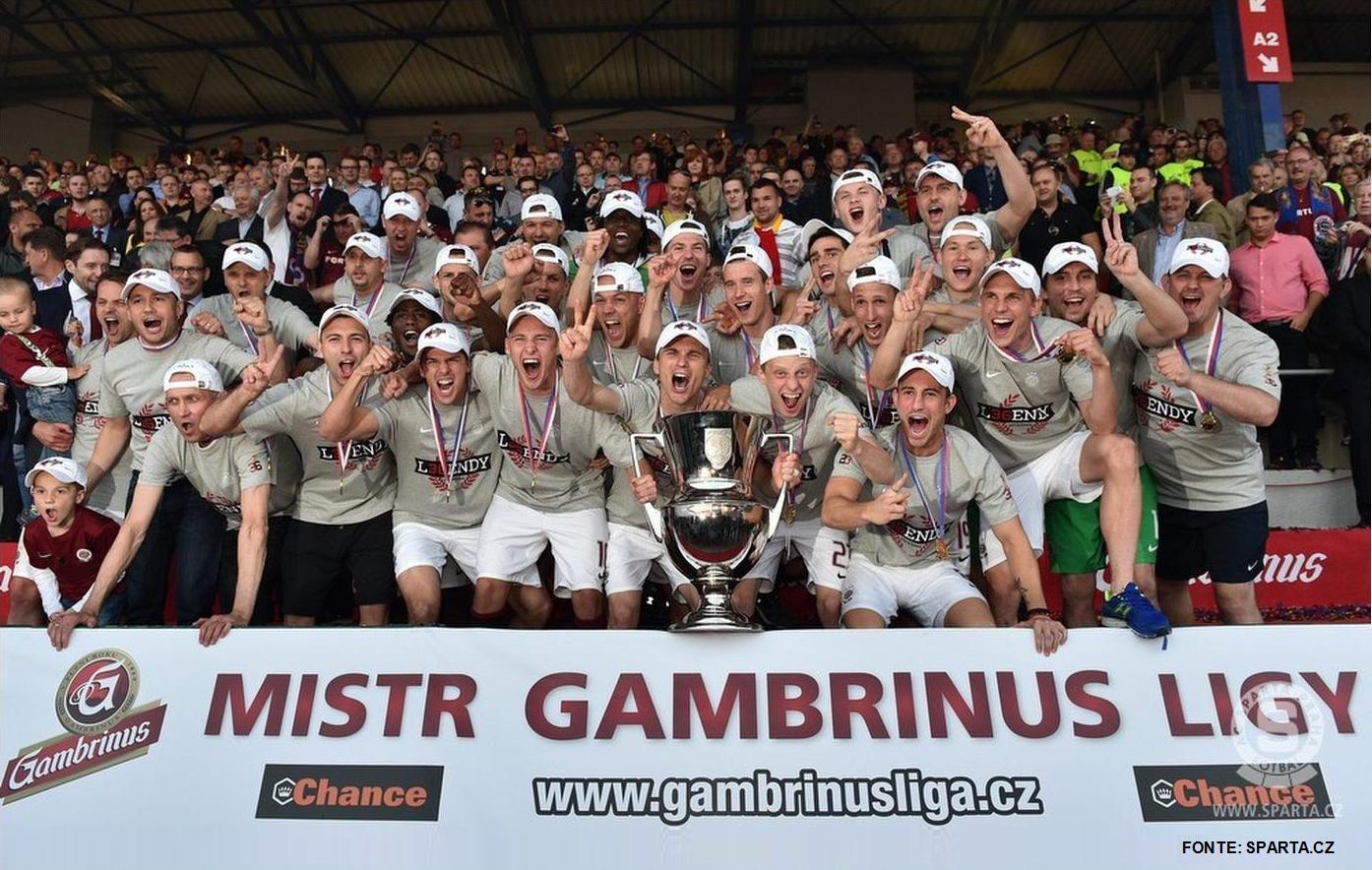 Despite the Czech top division being one of the emerging European football championships, the technical and organizational differences between Sparta Prague and Viktoria Plzeň, and the rest of the teams, has remained very noticeable. The two teams have fought alone in a separate league, a thrilling head-to-head clash from which the other participants of the Gambrinus Liga were excluded due to their evident inferiority. The duel at the top lasted 19 days, until the 4th week of the second round, when in the clash of the titans, Přikryl’s goal finally launched the dark red team towards the title, shattering Viktoria Plzeň’s dreams of glory.

Lavička has made great use of the strong desire for rebirth coming from the Generali Arena, fielding a very dependable eleven and always aware of their own abilities. A perfect machine that has allowed the men of the coach from Plzeň (a strange twist of Fate) to conquer the Pohár České Pošty, the National Cup, which was won last May 17 in Prague, again against Viktoria. Certainly the extraordinary coaching ability and above all an impressive goalscoring tendencies of players like Josef Hušbauer David Lafata and Ladislav Krejčí, have been vital over the course of the season. The three together, have scored no less than 42 goals, more than half the total scored by Sparta.

The numbers show the excellent work of Lavička, who has created a great defensive solidity combined with a considerable scoring ability, as shown by the 25 wins, 4 draws and just 1 defeat, with the best attack and best defense in the league.

Regarding Viktoria Plzeň, a good year but not with flying colors, after a decent but troubled season, due to the dual commitment and change of coach, with the former coach Pavel Vrba in January becoming the coach of the Czech National team. The club entrusted the team to young Dušan Uhrin Jr, following his father’s profession, who despite his young age, has a CV with international experience in Romania, Cyprus and Georgia. In the second part of the season Viktoria however, have not able to maintain the consistency in results and surrendered to the overwhelming power of Sparta. The Red and blue striped team is still a protagonist of Czech football, and the impressive qualification to the knockout stage of the Europa League shows this. The elimination at the hands of the French team the Lyon, is a good result from which to pick up in the coming seasons.

Among the happy notes of this vintage year, we have to mention Mladá Boleslav and Slovan Liberec, two teams who at the end of a tight battle conquered places in the preliminary round of the next Europa League. The competition will also witness the participation of Viktoria, having earned the second position, while the champions Sparta will start from the second qualifying round of the Champions League.

If the aforementioned teams can consider themselves satisfied overall, you cannot say the same thing about Slavia Prague. The team from the capital in recent seasons has transformed into the shadow of the battleship that in 122 years of history has almost always fought with Sparta for dominance in Czech football. It was a disastrous season for the second most successful club in the Czech Republic. Despite the good transfer market with the arrival of Tomáš Necid, having returned to his homeland after an experience in Russia, and the Moroccan playmaker Damien Boudjemaa, Slavia have been unable to impose their own game, showing serious lapses in concentration in defense and a lack of clear ideas in attack, with 24 goals scored, against 51 conceded in 30 matches. A not simple situation that led the formation of Koubek, later replaced by Dutchman Alex Pastoor, to only avoid relegation by a whisker.

Together with Slavia, 4 other teams took part in a thrilling fight to avoid relegation. Příbram and Bohemians were saved in last second while Znojmo and Sigma Olomouc were relegated to Druhá Liga. If for the former relegation was conceivable, for the latter, who were used to sailing in calm waters, it was entirely unexpected.

However, alongside the growth in the technical level of Czech football, we must highlight some episodes of violence. On 22 March, during the match played at the Bazaly Stadion in Ostrava between the hosts and Sparta Prague, the two sides came to blows, creating moments of panic. The riots ended with 31 arrests. The authorities now aim to pick up by promising to introduce appropriate legislations against violence in stadiums.

On the other hand, there are happy notes regarding hopeful young talent. This season, the number of under-21 players utilized permanently by Gambrinus Liga clubs grew considerably, with more and more opportunities being offered to young players from the youth teams trying to measure themselves up in the top division. The Baník Ostrava goalkeeper Jiří Pavlenka, Jakub Brabec, a defensive rock for Sparta Prague, and David Pavlenka (Slovan Liberec), Tomáš Přikryl (Sparta Prague), and Ondřej Zahustel (Mladá Boleslav), all midfielders able to combine important technical skills with extraordinary physical qualities, are just some of the many young players.

Regarding the national team, the excellent performances of Ladislav Krejčí, considered the best player in the Gambrinus Liga at the age of 21, and Josef Hušbauer the top scorer with 18 goals, represent the hope of the Czech people with the 2016 European Championship qualifiers approaching. Krejčí, Hušbauer, but also Vaclík, Hejda, Kadeřábek, Vydra and Tecl: young faces but already mature as footballers at the service of the Czech national team. Who knows if among them are the new stars: the new Nedvěd, Poborský or Šmicer who will again bring the Czech National team back to the summit of international football.