The lesson from Stalin’s shadow

Where the statue of the dictator once dominated Prague, a bunker holds an exhibition telling a century of Czechoslovakian history. Remembering dictatorships to manage freedom

A metronome beats time in the sky. And of the statue of Stalin, the largest in the world, built here in 1955 before being exploded in 1962, nothing remains. In Letná park, one hundred years after the foundation of Czechoslovakia, we will find other traces of history, memory, a past century marked by invasions, regimes and ideologies. Underground, below the feet of the deceased dictator, an exhibitive event, a multimedia show to simulate the totalitarian horror of the past century, has been inaugurated inside it, immersing the viewer in the history of a country twice forced into iron-fisted rule by two regimes, though resistant, combative, and eventually free.

An underground space as large as a football field that will host an imaginative and accomplished exhibition by Post Bellum, an organization dedicated to memory and conscience that works on the collection and spreading of testimonies, stories, faces, images, sounds: fragments of a national story. The goal: to convey to the public the much alive and yet near forces of the past.

In addition to the place itself, the date also possesses symbolic power. The exhibition was inaugurated on October the 1st, 2018, the month of the centenary of the foundation of the Czechoslovak Republic, and will remain open until December the 9th. An event to close a circle, and open to another century and new generation: the youth of today did not experience these events with their own skin. For this reason, Post Bellum also works simultaneously with several school establishments through the Stories project from the neighborhood where students are asked to work on the words of men and women who witnessed the major political and historical upheavals of the 20th century for the country.

The goal is to record the voices of these people in order to immortalize their memory in an audio or video track that students have to present publicly, and which can later be kept and stored. For these scholastic actions, such as for the exhibition in preparation, the will is the same: safeguarding and transmitting live testimonies, faces and voices speaking of a past century marked by criminal ideologies. Words still present, and (unfortunately) necessary, in a present made up of opinions, actions and elections suggesting potentially dangerous amnesia, a return to ideologically disturbing positions and formations. 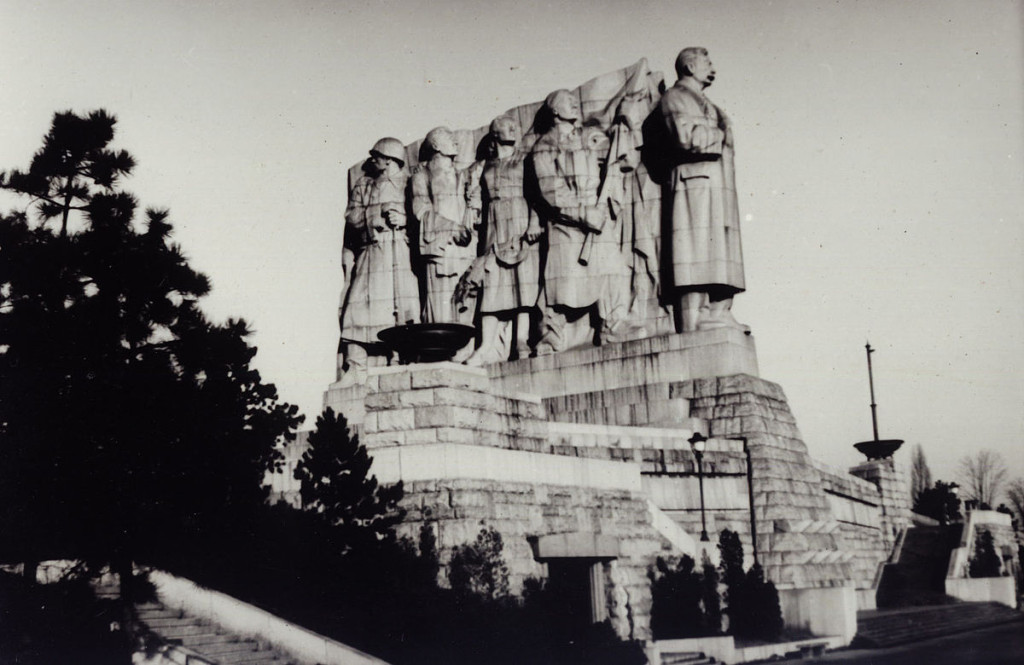 We have tried to question the Post Bellum organization, to understand the relevance of a project such as this exhibition, at a time when we seem to question values that seemed intangible. Recently, in the Czech Republic, as in many other European countries, we have witnessed, regarding the migrant crisis, as well as during the recent electoral campaign, attitudes and tones that have highlighted nationalist, xenophobic and populist impulses. Michal Šmíd, one of the members of the association, replied: “It is not our intention to create some “propaganda” in one direction or the other, we know that people are allergic to these things. However, we want to state that during the last century there have been people who sacrificed themselves for the liberty of others, while others in the name of apparently noble ideologies committed the worst crimes. We would like to first tell the story of our country, but also highlight the most common human values, such as respect for others, tolerance towards other opinions, solidarity and patriotism, not in a nationalistic sense, but as a will to act for the benefit of the community”.

A work of memory and warning, to document and warn of what it was. To this end, the organization has already collected more than five thousand testimonies from people who lived under the Nazi or Communist regimes. Mikuláš Kroupa is at the head of the organization. He was the one, who during a presentation to the press, explained the exhibition itinerary in detail. The intention is to immerse the visitor into the experience through various multimedia techniques: video mapping, audio fragments, video projections. Adapting the historical presentation to modern means of media and information allows a strong, physical impression to be marked on the spectator.

To explain in more detail: “For the First World War we will reconstruct the Russian Front, so visitors will be among the Czechoslovak legionaries in Siberia. Moving on to the section of 1939, they will hear the noise of the armies of the Nazi Wehrmacht. Further on, they will find themselves within the puppet processes of the 1950s, when communists sent citizens into uranium mines. Everything should end with the events of November 1989 and the velvet revolution”. A final exit towards the light.

The entire exhibition is set up in a deliberately destabilizing, claustrophobic context, made of crumbling columns, water infiltration and stalactites. However, it is not to fabricate a fair show atmosphere, or to stir up a posthumous anxiety, but rather to transmit that tedious feeling, felt by an entire country over decades. “This place is meant to evoke the sense of horror that our fathers and grandparents had carried with themselves”., says Kroupa.

The organization, for the preparation of the exhibition, whose cost is estimated at about 10 million Czech Crowns, worked with the Institute for the Studies of Totalitarian Regimes. More decisive support came from the City Council of Prague, which made the underground space on Letná hill available. Much of the material comes from the national archives of Czechoslovakian radio and television stations, and from direct testimonies collected by Post Bellum.

If the exhibition already has an important ambition, the follow-up could be even more powerful: the long-term project is to make this a permanent show. A place, such as this subterranean space, whose past is itself a labyrinth of homeland memory: beyond the statue of Stalin, the cursed work of the sculptor Otakar Švec, who erected it right above this underground site, below, in October 1990 began to transmit the first pirate radio, which was named after the Soviet dictator. Radio Stalin, a historic scar, was broadcast in an underground art exhibition organized that year. A rebellious experience, a few months after the Velvet Revolution, but quickly blocked by the authorities who seized all radio broadcasting equipment. Nevertheless, such was the clamour and success stirred by those early days of activity, that thanks to a popular petition signed by 30,000 citizens in that climate of recently regained freedom, the radio could be reborn under the name of Radio 1, the first private broadcaster of the then Czechoslovakia. A radio station that still exists today, and is mainly devoted to alternative music and cultural themes.

Later, after the relocation of Radio 1, the underground was soon abandoned, to be quickly dropped, and fall into its present state. And so it will remain, although slightly fixed up, but rough and hard: like the history of a century of Czechoslovakia. 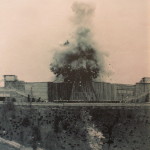 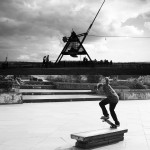