The man who burnt corpses

Immortalized by a series of memorable performances, Rudolf Hrušínský still remains an icon of Czech cinema in the world today. An impressively versatile actor, able to masterfully play such diametrically opposed roles as that of hilarious soldier Švejk and the diabolical Kopfrkingl

“Nobody will suffer, I will save them all. I’ll save them all! The whole world…” Anyone who has had the chance to see the film Spalovač mrtvol (1969) or “The Cremator”, to use the English-language title, will recall the words of the diabolical Karel Kopfrkingl, played by the legendary Rudolf Hrušínský. The performance, notable for the particular delivery of lines by the lead actor, at times relaxing while creepy and unnerving at others, has been described by Michael Brooke, the British critic and expert on Central European cinema, as “one of the best not only in the history of Czech films but also of European cinema”.

In his homeland, it remained only one of the many highlights of a memorable career, during which he brought the country’s most beloved literary character to the big screen, the good soldier Švejk, not to mention the long-lasting collaboration with director Jiří Menzel. Despite his success, in cinema as well as in theatre, Hrušínský’s career was also impeded by various obstacles, and it seems fair to wonder what the fate of the great actor would have been if he had worked abroad, perhaps on the other side of the Atlantic ocean.

In his family the art of acting had been well rooted for generations and this meant that his career was established from birth. He was born on October 17, 1920 in Nový Etynek (a South Bohemian village which today is called Nová Včelnice), around the stage of the nomadic company of his grandfather, Václav Červíček-Budínský, which also included his parents, Rudolf Hrušínský senior and Hermína Červíčková-Budínská, both also actors.

After settling in Prague, the boy began studying at classical high school, but was expelled due to frequent absences due to the theatrical activity he had already undertaken. 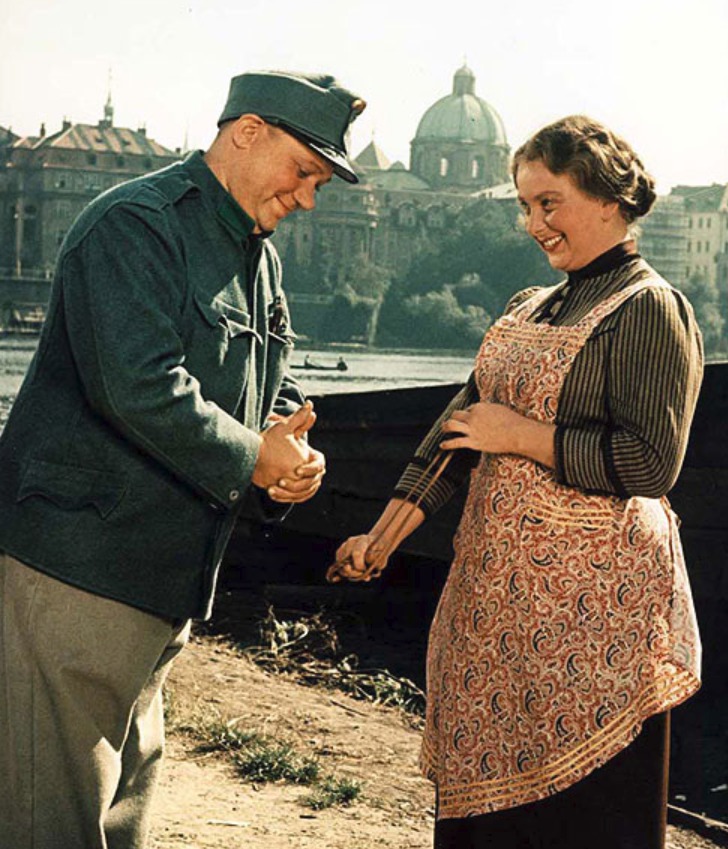 After the early theatre parts, appearances were steadily made on the big screen, and by the age of 25 he had already participated in 17 films. Skilled in switching from comic to dramatic roles, he mesmerized audiences with his particular ability to deliver dialogue, calm and measured, sometimes accompanied by few facial expressions, prudent gestures and melancholic eyes. A performer capable of acting masterfully with a simple change of intonation of his famous voice. His physique also allowed him to play varying roles. Handsome and attractive as a young man, over time, he gained weight and his facial features also changed, making him gradually more suited to being a character actor rather than the star of romantic films.

In the 1950s, he earned a series of memorable roles, including the aforementioned Švejk in Karel Steklý’s film based on the famous novel by Jaroslav Hašek. It was a role that brought him great popularity, and consequently led to his casting in several of the best Czechoslovakian films of the period such as “Baron Prášil” (The Fabulous Baron Munchausen, 1962) by Karel Zeman, the Czechoslovakian master of animation cinema, and the comedy “Bílá paní” (The White Lady, 1965) to name but a few.

A curiosity, recently rediscovered in Western markets, is “Třicet jedna ve stínu” (Ninety degrees in the shade), a Czech-British co-production from 1965 with the iconic Hrušínský alongside popular British film stars of the time. The film was directed by Jiří Weiss, one of the best Czech directors of the period, who in subsequent interviews revealed there was strong competition on the set in the acting style, between English actors with classic theatrical training backgrounds and the more natural style of Hrušínský. The rivalry continued even in the post-production phase when British producers, fearing that the Bohemian’s performance would overshadow British stars James Booth and Anne Heywood, decided to cut several minutes of footage with Hrušínský, an episode that led to a clash between the director and the producers. Set in Communist Czechoslovakia in the 1960s, Třicet jedna ve stínu was one of the few Czechoslovakian co-productions with a Western European country. Two versions of the film were made, one in English and one in Czech, and looking at it today it is indeed quite evident that Bohemian actor stole the show from his colleagues. On the other hand, it must also be emphasized that the English version should be avoided altogether, given that the dubbing of Hrušínský completely ruins his performance.

However, if Hrušínský remains the most recognizable face of the golden age of Czechoslovakian cinema, the 1960s, it is not due to any international co-production but to the splendid film adaptation of the novel Spalovač mrtvol (The Cremator or literally “Burner of corpses”) by Ladislav Fuks. The film, directed by Juraj Herz, is notable for its unusual camera angles, as well as for the calm yet disturbing pronunciation of the lines by its leading actor (Hrušínský to be precise), often accompanied by an eerie type of choral music in the background. Shot in a black and white inspired by German Expressionism, the story, set in 1930s Prague, tells of Karel Kopfrkingl, director of a crematorium, which he exalts with the epithet of “temple of death”, and an enthusiastic supporter of Nazism. A black satire with grotesque tones imbued with subtle humor, the film was abruptly banned by the pro-Soviet authorities until 1989. Today it is considered a cornerstone of Czechoslovakian Nová vlna, and a major part of its success is undoubtedly due to Hrušínský.

Talking of the actor, it would be wrong not to recall the historical collaborations with Jiří Menzel, considered by many critics and fans to be the greatest exponent, alongside Miloš Forman, of Czechoslovakian cinema. With the exception of the Oscar-winning film, “Ostře sledované vlaky” (Closely Observed Trains, 1966), most of Menzel’s successful films boasted the presence of Hrušínský. Among the best known are “Capricious summer” (1968) and “Larks on a String” (1969).

Hrušínský’s career, however, was not simply a smooth triumphal march. A complicated aspect of the actor’s life, as with so many of his peers in that period, was his relationship with politics. During the Prague Spring, he signed the manifesto of the Two Thousand Words, a document calling for rapid progress towards a true democratization of the country. This cost him, during the Communist Normalization, an almost total exclusion from work for a few years. In 1977, when his career had slowly begun to pick up, he agreed, due to fear of further penalisation, to sign Anti-charta 77, a pro-government manifesto in response to the famous document of dissent drafted by Václav Havel.

By the 90s, even Italy was able to appreciate his talent, thanks to his participation in the film “La Valle di Pietra” (The Valley of Stone, 1992), scripted by Ermanno Olmi, as well as in the sixth season of the then extremely popular TV series “La Piovra” (Octopus), in which he played the role of a banker with a Nazi past. Both roles were further proof of the actor’s ability to impress even at international level. Unfortunately, they were also the last. Having passed away on April 13, 1994, Hrušínský will surely always be remembered as one of the greatest symbols of the golden age of Czech cinema. 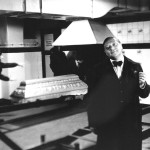 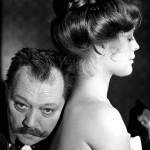 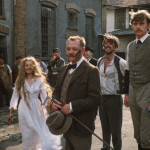 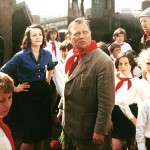