Home  »  Economy and Market   »   Made in Czechoslovakia, the mark of nostalgia

Made in Czechoslovakia, the mark of nostalgia

Every now and then in Prague and Bratislava they talk about the possibility of brushing up the old logo, to promote exports. But many do not like the initiative and this has led to controversy

For some, it is just the senseless proposition of nostalgic people who do not want to face the facts and just wish to go on romanticizing about the old days. For others, instead, it is an excellent idea that could be useful to both Countries – the Czech Republic and Slovakia – to take advantage of the prestige and reputation that the industrial production of the old Czechoslovakia still enjoys today, especially in Countries that were once in the area of Soviet influence.

The idea would be to reintroduce the old mark of origin “Made in Czechoslovakia” to use in the export market, going back in time to when the two countries, until 31 December 1992, were merged into a single federal state. Launching the idea five years ago was Nerv, Národní ekonomické rady Vlady, the group of super experts who assisted the Czech government in 2009, as advisors, to suggest suitable solutions in order to tackle the economic crisis and help our national products to compete in foreign markets. 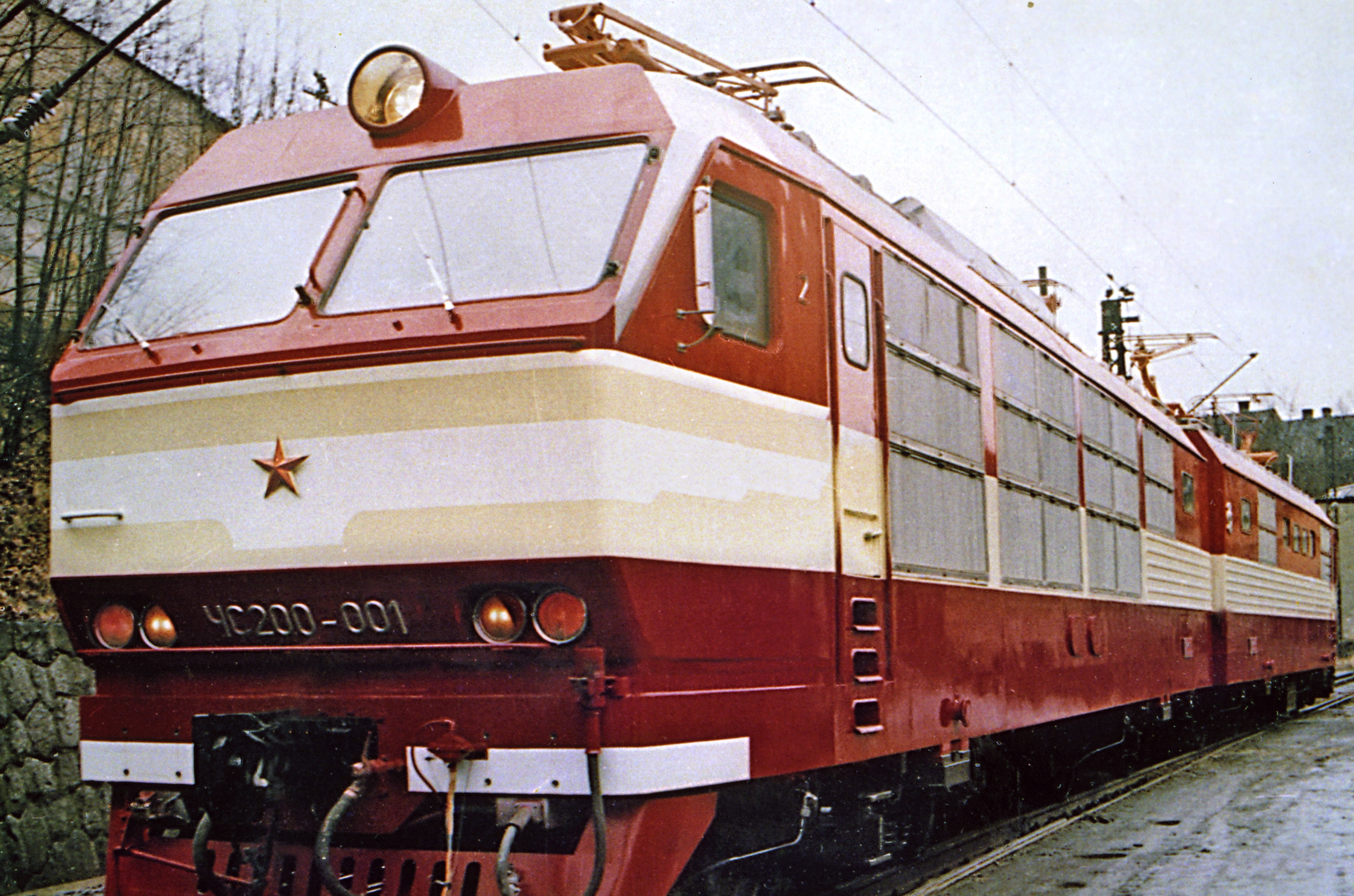 Since then, even if it is certainly not one of the most debated issues, the argument has popped-up now and then in the press. Critics say: “They talk about it especially when there’s nothing much to write about and particularly in the summer period, when the news is usually inflated”.

The fact is, though, that the issue came to the fore again at the end of July, when Eximbanka and Česká exportní banka – the Slovak and Czech state institutions that provide credit to exporting firms – signed a collaboration agreement whose aim, among other announced objectives, is to use the old mark of origin again in certain foreign markets and at certain conditions. The only difference would be the use of the term Made in CzechoSlovakia, with a capital S for Slovakia, an independent and sovereign state.

In hindsight, the initiative was almost immediately reconsidered, even though it was done in an undertone by the director of Česká exportní banka, Karel Bureš: “It is not so much a question of mark of origin that is at issue, but rather the intention of the two Countries to join forces in foreign markets”. And even Eximbanka, albeit with a few weeks of delay, specified that: “Speaking of Made in CzechoSlovakia today has more or less a symbolic value, that underlines the relationship of collaboration between Czech and Slovak exporters”. The fact is that the news was picked up with some emphasis also by international press agencies, in particular by European ones.

“Even recently, during my trip to Kazakhstan – a former USSR republic – all the people I met who were over forty, identified me immediately as “Czechoslovakian”, with an immediate reference to our symbolic products of that period: the Jawa motorcycles, Tatra trucks, Zetor tractors and Plzeň Škoda locomotives. Vehicles that are still in circulation in large numbers in those Countries and that are in perfect working condition. On them you may clearly see the Made in Czechoslovakia sign”, states Marek, a Business man who travels for work to Eastern Europe and to Asian countries, and according to whom, to say “Made in Czech” in those countries has a definitely lower impact, “not to mention Made in EU”.

“The idea is excellent, and not only with regard to those Countries with which we had strong relations before 1989, at the time of communist Czechoslovakia. The same is true for many Western markets, where the “Made in Czechoslovakia” was not perhaps particularly widespread, but which was still greatly appreciated, as in the weapons industry with the legendary Škorpion light submachine gun, or for machine tools or electric power-station turbines”, says Pavel, the owner of a law firm in Prague. “I am thinking also of Italy, where I often go for tourism and business, where many people still identify Prague with Czechoslovakia. Even more so in the United States, where the vast majority do not really know the Czech Republic. When I say that I am Czech, they often mistake me for a Chechen!”.

The front of supporters brings back to mind the contents of an interview published a few years ago in this magazine, when we talked to Pavel Kopp, the Czech diplomat, who at the end of 1992 headed the Czechoslovak embassy in Rome, during the decisive moment leading up to the birth of the Czech Republic and Slovakia. Referring to the probable reasons for the separation, he had this to say: “The decisive factor was probably the amount of pressure coming from abroad. Everything was decided by top politicians, because with a referendum the separation would probably not have been accepted. People did not speak openly about it and it was clear that a few neighbouring states were afraid of Czechoslovakian competition, also because we, after the Velvet Revolution, had a very strong industry. I am not excluding the fact that states like Hungary, Poland, and Austria were a bit afraid of competing with a united Czechoslovakia. Bohemia and Moravia had been a major industrial hub since the time of the Austro-Hungarian Empire, and nobody had forgotten about it. A few of our neighbours considered us as a possible threat”.

Arguments that may explain why Czechoslovakia and its “Made in” do not exist any longer, but they are not usable, many years later, to justify a resurrection. Especially because – as many experts would point out – international laws prohibit the use of a mark of origin of a nonexistent state.

“At first sight, the idea sounds quite attractive, but on closer consideration, it seems like a rehash or just stale news. Czechoslovakia does not exist today, but the bond between us and our Slovak cousins is very strong. Even the industrial productions of the old Austro-Hungarian Empire were known to the world at large, but no one would ever consider resurrecting the brands of that period”, is the contrary opinion made in Prague by a representative of CzechTrade, the government agency for the promotion of exports, who prefers to remain anonymous.

“What we should actually do is to highlight more effectively that our two Countries are both successors of what was once Czechoslovakia. The idea of bringing up the old mark of origin issue, no matter how prestigious it might be even today, does not please me”, remarks Radek Špicar, vice president of Svaz průmyslu at dopravy, the industrial Union of the Czech Republic.

Whilst Czech public opinion does not seem highly involved in the issue and with no particular positive or negative enthusiasm, on the political front, it is rather curious to discover that two highest authorities in Slovakia – the head of government and head of state – have actually been bickering loudly about the issue.

Quite contrary is Slovak President Andrej Kiska, who at the beginning of July, during a state visit to Prague, said: “It is a senseless idea that has no chance of being realized, because that mark belongs to the past. We aim, instead, to strengthen our mutual cooperation in foreign markets. Let us allow every country to build its own prosperity and the international prestige of its own products”.

Prime Minister Robert Fico, instead, is a strong supporter of the project, and for some years now, he has never missed the opportunity to bring up the issue during every bilateral meeting with the representatives of the Czech government. “It would be a great opportunity in African countries, where Czechoslovakia used to be quite active, but also in other countries, such as Vietnam and Mongolia, where the Made in Czechoslovakia still has a strong appeal”. Words that are also appreciated by his left-wing electorate, that is more inclined to look with nostalgia to the pre 1989 period and to the old Czechoslovakia.

“It happens in our country, Slovakia, but the same thing also takes place in the Czech Republic. It is especially those who do not want to face the fact that the old days will never come back”, remarks Tomáš, a senior teacher of literature in Bratislava, who with a mix of irony and bitterness can’t find more appropriate words than those of Milan Kundera: “I do not understand anything about international trade, but I do know that the reddish sunset light is capable of illuminating all. It is the fascination of nostalgia”.