Between Prague and Trieste, the story of the writer who fought for the nations’ destinies but wept for the vanity of nationalisms

Kafka, Rilke, Hašek, Meyrink, Čapek brothers, Kraus… – this is how the lists describing the literary splendour of the Praguian early twentieth century begin, always partial and equally fascinating, between coffee flavours and fluttering notebooks, written in Czech or German; a cultural melting pot at the end of the age of empires and the rise of modernity. The Italian reader usually squints his eyes and imagines this Central European world with blurry outlines, far away geographically and linguistically, becoming accessible only through a century of translations or visiting, when crossing the capital, those famous meeting points, Café Slavia or Café Montmartre, looking around and imagining groups of “foreign” writers. And, often not realizing that a few words in Italian could be heard in that melting pot of artists. 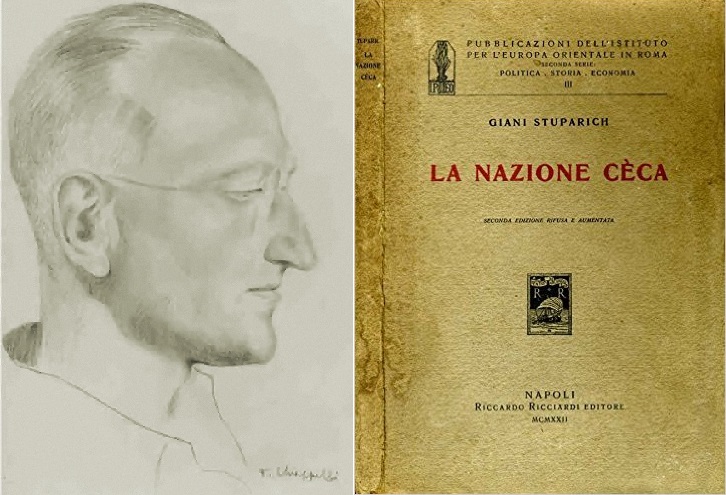 On September 21, 1914, the German College of the University of Charles-Ferdinand in Prague (so was called the Charles University under the Hapsburgs), accepted as Italienische Hausarbeit (thesis in Italian) a manuscript called “The work of Pasquale Besenghi degli Ughi”. It was the thesis of twenty-three year old Giovanni Domenico Stuparich, known as Giani; an Italian intellectual in Bohemia, in the middle of the war mobilization that would have shortly destroyed and revolutionized the continent.

Trieste, always Trieste, the gate to seven seas and to the heart of Europe. Trieste was the Italian anchor of the multinational empire in Vienna; it is no coincidence that friendships between the peninsula and the Slavic and German people originated from this place. Giani Stuparich was born here in 1891. Giani brought with him the charm of meetings already from the cradle: his father, Marco, was from Lošinj, nowadays an island on the Croatian territory and at that time on the Italian one called Lussino, while his mother, Gisella Gentilli, was a Triestine with Jewish origins. In 1902, he enrolled in the classical high school of Trieste, Dante Alighieri, core of a specific generation of Julian intellectuals who fought for Italian unity. Years later, this high school provided more than four hundred volunteers, still students, to fight for their country. For Gianni as well, this was the first impact with the political component of the Italian identity. The first contact with the irredentist movements, among which he was partial to the Republican supporters, the socialists and first among all the Mazzinians; the idea of a free and united Italy, and above all a democratic one, in cooperation and not in competition with other European nations. After high school, in 1910, he decided to enrol in the oldest and most prestigious of the Empire’s universities: the one in Prague.

He found a home in the residential area of Vinohrady (Královské Vinohrady, to be more precise), at 11 Nitranská Street. He used to walk to university, heading to the city centre, down the hill whose name still reminds of the crown’s vineyards, crossing Wenceslas Square every day and being fascinated by the architectural beauties of the city centre – Klementinum being his favourite one.

His first years in Bohemia – thanks also to a long journey in the summer of 1911 across Austria, Germany, Switzerland, France and Belgium – enabled him to strengthen the ideals of the Young Mazzinian Europe that led him to share the animosities and dreams of nations in search of independence. Therefore, his interest for the Czech and Slovak patriotism was natural and his writings found friendly readers in Italy. From the end of 1912, Stuparich collaborated with Giuseppe Prezzolini’s La Voce (published in Florence only between 1908 and 1916, still being considered one of the most important Italian magazines of the twentieth century), transmitting a positive image of the political fights in the north of the empire. He was describing as follows, in a letter to his brother Carlo: “I am walking around looking for Czechs, to get in contact with their life. I made connections among the people in Masaryk’s party, professors and masters, extremely intelligent ones who take politics as a moral task and see well through the matters”. In April 1913, he published his article “The Czechs” and again, between June and July the work “Czech Bohemia” that underlined not only the national historical issues but also the democratic modernity of the movement led by Tomáš G. Masaryk. Therefore, during these years Stuparich carried out a fundamental work to lay the foundations for that special relation between Italy and the Czech-Slovak nationalism during the First World War.

In October 1913, Stuparich moved to Florence to complete his studies, just like several irredentist intellectuals from Trieste – including his friend Scipio Slataper. He returned to Prague to present the thesis on Besenghi degli Ughi, a nineteenth century Istrian writer: Italian, romantic from the Risorgimento. His graduation at the Caroline University took place while the Empire was already in state of war, and while Italy was waiting, opportunistic. This was the moment when Stuparich and the other irredentists were pushing for the intervention aimed at liberating Trento and Trieste, and then presented themselves in the first line – deserters for Vienna and volunteers for Rome. Giani was front line when the Italian bookstores made available La Nazione Czeca, the work that collected the ideas already published in La Voce. In retrospect, we could say that the intervention honoured the writer’s two home countries; in 1918, Trieste joined Italy and Prague became the capital of a new democratic state. Nevertheless, the price to be paid was high.

At the front line Triestine fought in battle, experienced the trench, was wounded twice, captured and sectioned in five different Austrian camps. His friend Slataper was killed on Monte Calvario. In 1922, Stuparich dedicated him a book (“Scipio Slataper”) and he wrote about the war the following: “We experienced and took part in a storm that was supposed to change the fundamental principles of the universe. We find ourselves instead in the same spot. It is just that we are emptier. Things seem foggy. More or less like after a storm”. The interventionist enthusiasm had vanished; the survivor was bewildered and lost in a new violent and rancorous season. The Mazzinian dreams of a federal Europe were far away. He states bitterly, in his “Trieste nei miei Ricordi”: “When I returned to the world I tried to help myself through others and the others through me to find the advantage of the painful war experience and to socially live better, overcoming at least the lowest selfishness and through mutual tolerance: a reasonable result of so many sacrifices and so much pain. But the world, the society was heading to the opposite direction, of wild passions, egoistic will of power, and was trapping me again in my solitude”.

Between 1921 and 1922, Stuparich returned to Prague for one year, as a lecturer; the last cultural ambassador of a friendship between two countries meant to drift apart once more. The dreams of the Triestine intellectual were turned upside-down by history; and as promised, he closed himself down. In June 1922, before leaving the Czechoslovakian capital, he wrote to his friend Elsa Dall’Olio “I am going back to the small environment of Trieste and my school, but this time with the persuasion to try to do what I didn’t have the courage to do before: work for myself, create”.

After his return to the Julian city, Stuparich’s creations brought him to the Olympus of the great Italian intellectuals, stronger than that “society that runs towards the selfish will of power” that put a veil on Europe in the ‘30s. Nobody knows if Giani thought of those “professors and masters who take politics as a moral task” while the Nazis were invading “the Czech nation”. Nor, if he thought about them when fascism made him live first line the horrors of concentration camps, in 1944, when, following a denunciation, he was sectioned with his wife and mother (both Jewish) in Risiera di San Sabba – the only Nazi camp on Italian territory. Fortunately, it was only for a few days thanks to the protests of the bishop and the chief of police in Trieste, among others. Giani survived that war as well; he died in Rome, in 1961.

Looking back nowadays, we rediscover the importance of Stuparich’s political passion, his commitment as a writer to lead his Italian compatriots as well as his Czech friends in a friendly, fraternal, civilized Europe. The young and curious writer who was following professors in Praguian cafes was certainly ahead of his time; it is necessary to rediscover him today, to remember to overcome the “lowest selfishness”, to remember mutual tolerance. 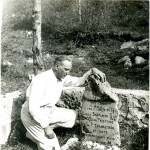 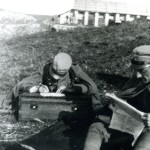 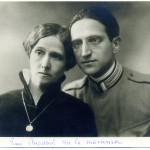 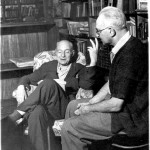