“Life and art are based on the contrast in standards”, or at least according to some well-known critics. Having the appropriate proportions we decided to test this statement. And here we are in our visit at a small and barely known producer: Ing. Vojtěch Pazderka of Mikulov. 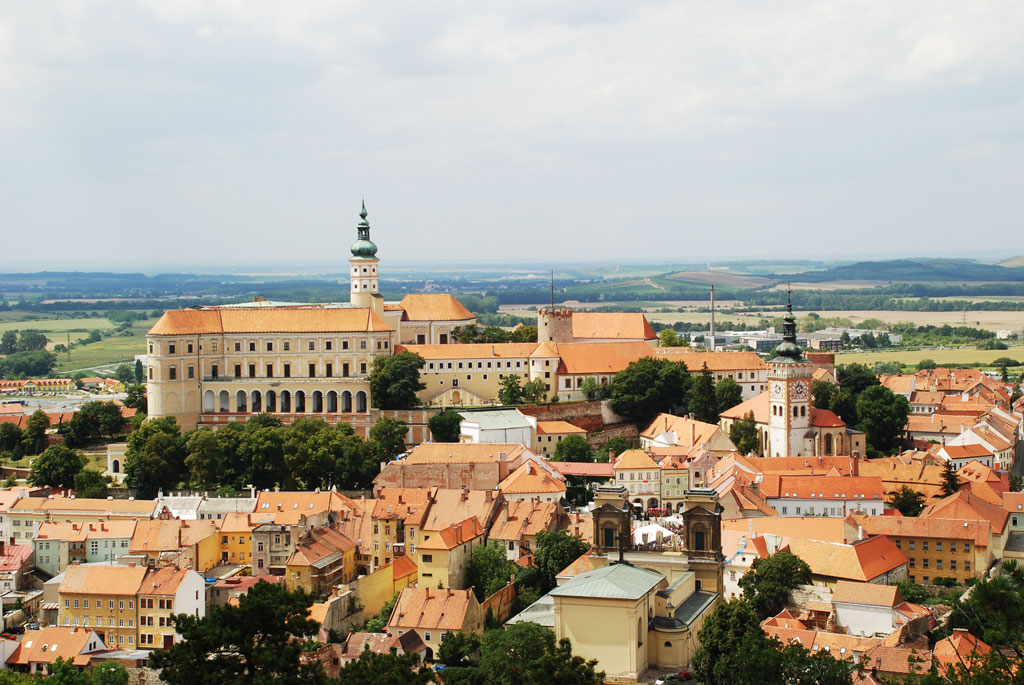 The European oenological panorama has been traditionally characterized as strongly non homogenous in scope. In each oenological region you compare excellent and average producers and sometimes between properties of large industrial and financial groups, a thick presence of local producers, all of whom despite their cultural and productive differences, are united through a passion for wine best defined as “popular”.

It is everyday wine for all wallet sizes, it is wine made for your own family and friends, and above all, the place in which the frequent clients talk about their respective lives, worries and tell stories.
It is the alternative wine, outside the network of stellar restaurants and guides, the type with which our mothers cooked for us, and the main protagonist (in terms of quantity produced and sold in total) of the tables of all wine lovers.

Just to provide a modest piece of advice to all readers, we maintain that one can even discover decent bottles at prices around five euros, and therefore it will pay off to be curious.

The oenological region of Mikulov, one of the most important in terms of quantity and quality in South Moravia, could not be neglected from our trips to discover Czech wine, partly also because it is undoubtedly a magnificent place. Besides, the proximity to the region of Wachau in Austria, enables Mikulov to be an ideal foothold for visiting one of the most famous oenological zones in the world for the Riesling harvesting.

When arriving in Mikulov, we cannot fail to notice the castle which dominates the underlying village, which is well sheltered, being on the peak of the hill.

The castle’s appearance is the result of various interventions; the first significant building took place in the renaissance period on a low medieval sediment. Following the 1719 fire, it underwent significant new restoration, until resembling its current appearance due to the new restoration in the nineteenth century. Rich in important parts, the castle also holds an ancient library with 11,000 volumes and a synagogue. In the cellars, today you can still find vats, wine presses, and a barrel from 1643 possessing a capacity of 104,000 litres! Evidence of a great oenological past but also a warning sign of a clear present.

The historical authenticity of the place is perceptible in every part of the centre. It is enough to visit the evocative square to realise it. Right under the castle and once the location of the village market, today it is simply a meeting point, with the old houses of the merchant middle-class overlooking it.

The building in the corner, named the House of Knights in Mikulov Square, is of particular interest, displaying the curious wall paintings of the Renaissance era where various ancient Greek divine characters are depicted such as Zeus, Hermes, Aphrodite, and the inevitable Dionysus, dedicated to the harvesting and contemplation of a bunch of grapes, while on the next side one notices the depiction of the flood myth with the ark concerned floating between the waves. The chromatic choice of black and white proves to be both peculiar and effective. One almost gets the impression that the artist’s will was to aim at not displeasing anyone, having chosen divine figures from his time, as well as ancient and mythological ones.

However, the interesting sites from an artistic viewpoint are numerous. It is sufficient to think of the Jewish ghetto or of St. Annes church, the site of the burial of the Dietrichstein dynasty.

We have got to the moment of arrival at the cellar: once entering we are captivated by the age of the place, which immediately transmits a sensation of an old workshop, due to both the presence of various bits and pieces and it’s shape and size. In fact, once welcomed in a first cell, where there are just a few tables, we note the access to the real cellar. Once the old, large wooden door has been opened, a rather low barrel lends itself to our sight, where we can still pleasantly find the coins left by visitors and where there is space there are various other barrels, some of which are still in use. Others with worn away tables, demonstrate the relentlessness of time.

The Pazderka family, being wine producers, founded the first oenological company of their history in the distant year of 1656, the year in which the family arrived in Moravia. From then on to the present, the Pazderkas produced the wine almost continuously but in different places to Moravia, and from 1988 the site of production and sale is in the building currently situated on Brněnská 26, Mikulov.

The current cellar site however, has been active since 1848 when an unknown German businessman established it as a place of storage and production of his own wine. The local archaeological accounts (they discovered throughout the redo of the paving work) tell us of an earlier owner of Jewish origin, of which some glasses have been found which still bear the owners name.

Currently the Pazderka family harvest on a surface of six hectares, to which we will soon be able to add two further hectares which have recently been planted.

From this surface around 350-400 hectolitres of wine (about 80% of which is white) are obtained, to which we may add a very limited production of Martinotti-Charmat process spumante which is not for sale, but dedicated exclusively to family, friends and a few gifts. Only the members of the family unit are dedicated to such work, and all of the production process, including the spumante, is carried out entirely locally, from the “égrappage” to the labelling. The main market to compare with, is the local one but a not entirely indifferent percentage of the annual production is consumed in Prague.

All the wine produced is immediately drinkable (i.e. to be consumed within three, four years after being placed on the market) even if the stand out acidity of the wines would allow the risk of longer ageing to be run. The entire selection is distributed in a price range of 4-7 euros.

We tried 6 bottles (of which we evaluate in our table) and all of them struck us with their freshness and acidity as well as the immediate drinkability due to a knowing use of wood and steel. Nothing left to add: when considering the price paid, they really are worth trying and purchasing.

What are the future plans? The cellar, as mentioned earlier, has an imminent productive growth and has already set up important jobs which replace the dealers we visited. Besides, for about four years, they have started (like many producers annoyed with potential fungus in the cork) to bottle them with steel/silicone corks.

Modernity and tradition, love for work, passion for the result and future plans: among the many extraordinary local entrepreneur stories. If you pass through Mikulov, find them. You will not be disappointed.