Czech billionaires, the new wave of conquest begins in Prague

Lucio Caracciolo, director of Limes magazine: “Czechia has never became truly anti-Russian, and this ambivalence enables it, in the same time, to play a central role in relation to Brussels”. Its billionaires understood this aspect and take fully advantage of it
From Kellner to Babiš, from Křetínský to Tykač. Seven of them are being mentioned on Forbes’ list of the richest people. Energy, real estate, banking, insurance and media. Making investments from Europe to China

There are seven Czech billionaires included in the Forbes 2018 ranking comprising the richest people in the world with assets over 1 billion dollars. Six wealthy and fearless entrepreneurs with ambitions of expansion beyond the national borders. For some, the phenomenon follows an already existing trend, the one of the Russian oligarchs, but at the same time, it traces a new wave, in which the geographical and political centrality of Prague plays an important role.

The investments and growth sectors are numerous and diverse, unlike those who made their fortune only on raw materials, as it happened in Russia. It goes from insurances to energy, from lottery to media, from real estate to agribusiness. “All Europe, even Italy, is hungry for foreign direct investment. A country like ours, with a decreasing GDP that can become stagnant, cannot grow without capital coming from the outside – underlines Lucio Caracciolo, director of Limes. However, there is the risk of selling off important assets. The buyer does not necessarily need to have as a goal getting hold of technologies and crucial data on behalf of others”. Moreover, the possibilities are numerous in this sense and even the Czech billionaires have set their eyes on the jewels of the Ancient Continent. 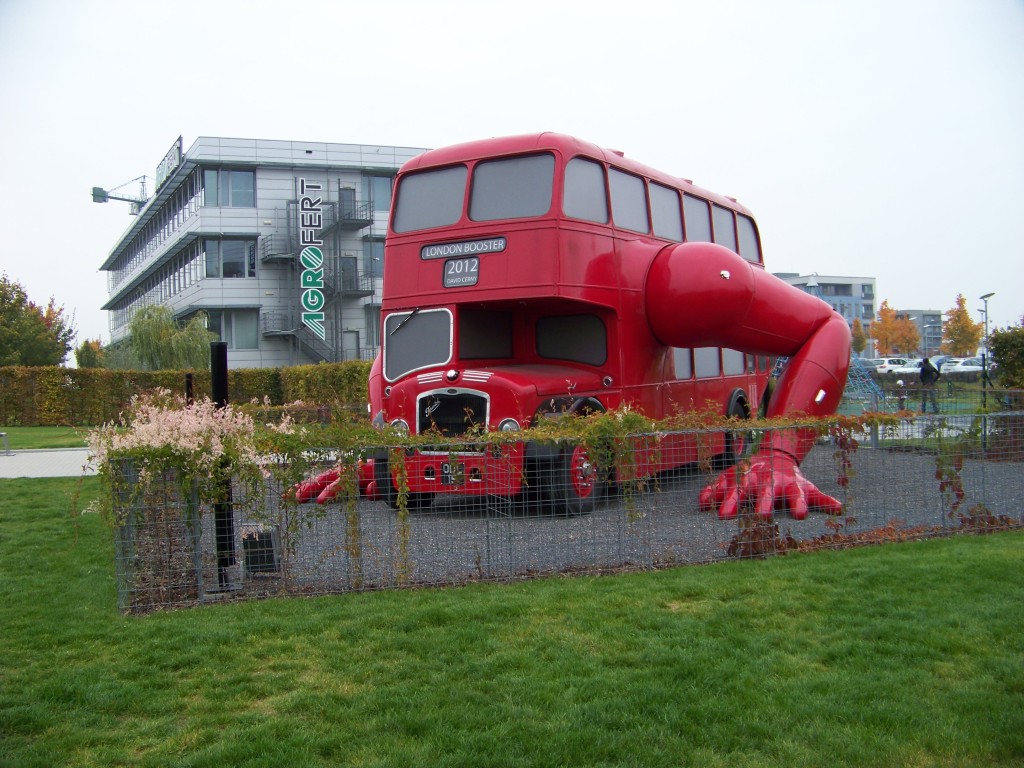 Let us take things one by one. Among all seven Czech moneygrubbers, we can mention – as we well know – the Prime Minister Andrej Babiš, the second richest man in the country, who with his giant Agrofert built a fortune valued at 3.3 billion dollars, according to Forbes. He owns a conglomerate of companies operating mainly in the agricultural, food and chemical sectors, with activities in 18 countries, on four continents, mostly in Central Europe. The crown jewel is not a Czech company but a German one, Skw Piesteritz, the largest producer of artificial fertilizers in Germany. Babiš acquired it in 2002 and it proved itself Agrofert’s golden goose. The Skw is based in Wittenberg – ex DDR, half distance between Berlin and Leipzig, being historically linked to Martin Luther’s name. The Czech tycoon assumed the position of new patron of the town, renovating the historic center and did not hesitate to buy old buildings for more than ten million euros. Moreover, he launched in Wittenberg an investment of 200 million euros to build a bread factory. All this happened through Lieken, the leading German bakery company, which Babiš bought in 2013 from the Italian Barilla one.

The billionaire prime minister does not deny the special attention given to media, not only in the home country where he owns Mafra –albeit through trust funds, and he is editor of two of the largest Czech newspapers, Lidové noviny and Mladá fronta Dnes. In the meantime, Babiš landed in great style even on the Slovak publishing market, where, in 2013, he secured the ownership of Hospodárske noviny, the main economic newspaper of the former confederate country.

The little habit of entering the media sector also fascinates other Czech billionaires, who are attracting awareness abroad, such as Daniel Křetínský. He is the fifth richest man in the Czech Republic, with an asset of 2.6 billion dollars. Attorney, 43 years old, descendant of one of the best middle class families (father, university professor, mother former judge of the Constitutional Court). He built his fortune on Energetický a průmyslový holding, Eph, a major holding company in the energy and industrial sectors. Nevertheless, he understood very early that his goals go well beyond the borders. Eph already operates in Czech Republic, Germany, France, the United Kingdom and Italy and it seems that the end is still far away.

A certain particularity cannot be underestimated: his partner is Anna Kellnerová, the daughter of Petr Kellner, the richest man in the country. For some, it is inevitable to foresee a possible future “marriage” between assets.

Křetínský also owns the majority in the largest Czech media conglomerate, Czech Media Invest (former Ringier Axel Springer CZ, and its major newspaper Blesk). The first step in “attacking” France was initially acquiring Elle, Tele 7 Jour and Marianne, and then taking the leap in the acquisition of the main French newspaper, Le Monde, which he owns by 49%. A move that left the transalpine country speechless. “I am a Francophone and a Francophile”, said Křetínský, presenting himself to the public in an interview in April for Le Figaro. Nevertheless, his figure as a “controversial” billionaire is still afloat, as certain French newspapers have defined him. All this despite having explained his discrete way of relating to the press, because investing in information was “a citizen’s decision, to counter the populist and nationalist wave in Europe”, he underlined. This statement has not alleviated the worries and the French media claims that President Emmanuel Macron has asked the secret services to find out everything on Křetínský, fearing his connections to Moscow.

“If you declare yourself Francophone and Francophile in France, the doors of the entire world are opening up to you” – underlined Caracciolo. He added as well: “It seems to me that this Křetínský could pass as a reverse Soros”, recalling that the Hungarian-born billionaire is considered a benefactor and a CIA agent, “and maybe he is both”, stated Limes’s director, underlining the importance of a purchase like Le monde, “the French newspapers by excellence”, in the strategy of the young Czech billionaire.

Křetínský, owner of Sparta Prague, has recently climbed the headlines in Italy, having apparently set his eyes on an Italian club, Milan or Roma. For now, nothing has been done but, between seeing and not seeing, “I hope you chose Roma”, joked Caracciolo, supporter of the Capitoline team.

Rumors of a future acquisition in the football sector have recently turned up even around the patron of Ppf Group, the richest man in Czech Republic, Petr Kellner, who has a wealth estimated at 13.5 billion dollars and wide interests in China, through Home Credit. According to rumors, Kellner would have been interested in acquiring from Roman Abramovich a minority share of Chelsea or even the entire club, which he is a fan of. The retractions did not fail to appear, but meanwhile the Czech billionaire continues to observe how things arrange themselves, very comfortable in his armchair, perhaps from the very expensive skybox in Stanford Bridge that he has been owning for quite a long time, next to the one of the Czar Abramovich.

For now, Kellner, who made his fortune with an investment fund in the 1990s by acquiring the majority in the leading Czech insurance company during the era of privatization, continues to expand in Slovakia, Russia, China, Vietnam, Kazakhstan and other countries. His Home Credit in China lends a billion euros monthly to the group’s customers.

“Czech Republic is a central country in Europe. On one hand, it is a part of Germany’s industrial value chain, but it has a great industry of its own and in the same time it has never become truly anti-Russian, as it happened to Romania, Hungary and Poland”, stated Caracciolo, underlining that this ambivalence enables Prague to play “a central role also in relation to Brussels”.

A central role perfectly grasped by the Czech billionaires.

Scrolling down the ranking of the magnificent seven mentioned in Forbes, we mention as well Karel Komárek, owner of Kkcg group, focused on the extraction of methane and oil business, together with Jiří Šmejc of Sazka Group, one of the leading companies of gambling and lottery in Europe, with branches in Austria, Greece, Italy and Cyprus. The companies in which he has shareholdings generate annual winning pools of more than 16 billion euros according to official financial statistics. In 2016, he acquires 32.5% of the lottery operator’s shares, Lottoitalia. Komárek has a fortune of 3.2 billion dollars and future interests in the post Brexit UK.

Additionally, we must mention Radovan Vítek, holding the fourth position with his 2.9 billion dollars due to the Cpi Property Group, which owns shopping centers and luxury real estates also in Hungary, Poland, Romania and even – like a cherry on top, as reported by the media – a building project in Sardinia, clearly in Costa Esmeralda, near Porto Cervo. Nevertheless, his starting point is much more modest: his professional path began in Italy, as a bartender, in the aftermath of the Velvet Revolution, and then he rose as an entrepreneur during the years of wild privatization in his country.

Next would be Pavel Tykač, with his 1.3 billion dollars, a strong interest in the coalmines and a fine observant of new potential acquisitions with his Seven Energy Holding in Great Britain, Germany and Italy. In fact, Tykač declared his intention to invest in fossil fuel sources of energy, which should guarantee the consumptions until the aeolian, solar and hydroelectric plants have not completed their expansion, probably for another two decades. Pavel Baudiš completes the list with 1.1 billion dollars, co-founder and co-owner of Avast, the antivirus giant.