An almost unreal, timeless dimension, due to an unusual situation that has generated both negative and positive consequences and effects
The Coronavirus, which has affected millions of people worldwide and claimed hundreds of thousands of victims, has been more benevolent to date with the Czech Republic

At Náplavka, along the Vltava, young people flock to the bars on the docked boats, or sit on the ground along the quay to chat and enjoy the warm sunny day. Every now and then a ringing sound can be heard, as a signal to an absent-minded pedestrian who is occupying the cycle path, amongst people walking and others queuing to order a beer or use the public toilets.

Normal scenes of the city’s nightlife in one of the most popular places in Prague, in the spring and during the summer, yet unthinkable until only a few weeks ago, when the quarantine and other restrictions imposed by the government meant that the Czech capital displayed a rather unknown face that the new generations had never witnessed before.

The images of empty Old Town Square, the Castle and Charles bridge filled social media for a couple of months, and all the residents had the opportunity to take a walk in the unusual and silent atmosphere which had engulfed the entire city. An almost unreal, timeless dimension, due to an unusual situation that has generated both negative and positive consequences and effects. 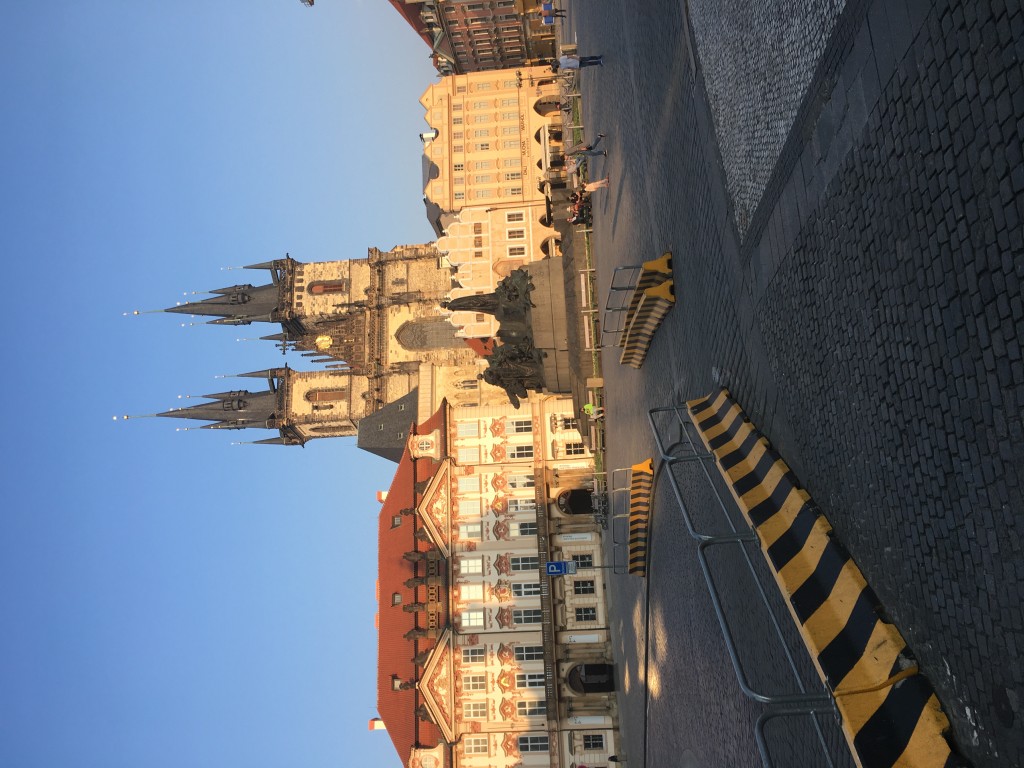 Coronavirus, which has affected millions of people worldwide, reaping hundreds of thousands of victims, has been more benevolent with the Czech Republic from a health point of view, in all probability thanks also to the measures immediately taken. There is no doubt, however, that the results of Covid-19 have made themselves felt and will continue to have an impact on this country, especially at an economic level, with entire sectors such as tourism and catering, literally brought to their knees by the lockdown.

Likewise, it should be stressed that the pause and slowdown of all activity due to the state of emergency have also allowed us to see the city and whole country from a different perspective, in some respects also unexpected and positive.

Prague for example, having returned to its citizens as a result of the total absence of tourists, appeared less “addicted to alcohol” than usual. Statistics, also nationally, have shown that the consumption of alcoholic beverages has drastically reduced in recent months, enough to call into question the record normally attributed to the Czechs, of the world’s greatest beer drinkers. In fact, it is reasonable to think that before the pandemic and the closure of the borders, a not indifferent proportion of the consumption was attributable to foreign tourists, many of whom, especially those from Northern Europe, choose Prague also due to the quality of its beer and more generally for the cheap prices of alcoholic beverages. The closure of the borders also interrupted a stable tradition belonging to the Austrians and Germans who live near the borders with the Czech Republic, which consists of regularly visiting the country to stock up on beer and spirits. It is therefore clear that foreigners also contribute significantly to the “Czech alcohol consumption record”.

In addition to catering, which is thought to have lost around 20 billion crowns in a few months, and the hotel sector affected by many staff layoffs, the renowned Czech beer industry also suffered significant financial consequences, with a decline in a few months of 40% of sales for large breweries, and up to 80% for microbreweries, also as a consequence of lower exportation.

But what other tangible changes can be observed in the city at this exit phase, hopefully the definitive one, from the Covid-19 tunnel?

Surely also in Prague this crisis has given a significant push to companies and commercial activities which have been a little slower in welcoming and adopting new marketing and communication solutions. In fact, many restaurateurs had to equip themselves, within just a few days, with apps and other services for the sale of products online, take-aways and home delivery of food via couriers. All this will undoubtedly change the catering sector from now on. It can be rightly expected that the return to the classic concept of going to a restaurant will not necessarily lead to a drastic decrease in the request for take-aways and home-delivered food by a larger number of people.

Furthermore, it cannot be excluded that the emergency faced may lead to the adoption of stricter rules at European level regarding hygiene and safety standards for public premises, which could change the face of traditional and renowned Czech popular taverns.

Another fact that should not be underestimated and which could accelerate a change that has already been taking place for some time, is the increase in the home offices. Many companies, even some of the large multinationals present in Prague and throughout the country, are now thinking of encouraging this form of work even after the emergency is over, if only to reduce rental costs starting from the reduction of leased spaces for entire properties or parts of them.

If it is true that in challenging situations the character of the people becomes more visible, it is equally true that in the Czech Republic the mass psychosis, which in other countries, from one day to the next, literally led to supermarkets being stormed and other commercial activities for food distribution, in general occurred in a softer way. The Czech population has been confirmed to be a people with a developed civic sense and, despite some exceptions, the emergency response has always been orderly, if not even exemplary. The Czech practice of sewing masks on their own at home was advertised as an example to follow in other countries, too, when it was difficult to find masks due to the high demand.

The Czech media reported that Czech foundations and charities during the period of the Covid-19 crisis saw their revenues increase, thanks to the numerous donations from the population, which therefore proved to be sensitive and supportive. In just twelve days, for example, over 15 million crowns (compared to 10 necessary) were collected for the production and purchase of 500 “ventilators” for the intensive care units of the Czech hospitals.

Many customers of restaurants, breweries and coffee shops that were closed for a few months, wanted to show solidarity and help out, buying vouchers for future expenses in their favorite places.

On the other hand, however, it is also true that the police lines were often overwhelmed by people denouncing the non-respect of the quarantine rules by acquaintances or neighbors, a behaviour which brought to mind certain habits of real socialism, when the phenomenon of informing was frequent.

Some people for a while, will also have memory of the resentment, in the early days of the emergency, shown towards compatriots who returned from their skiing holidays in Italy, only to be considered the same as plague-spreaders, as well as some hints of intolerance towards Italians.

In any case, this experience has given everyone, politicians and citizens, the opportunity to reflect on many things and review priorities for individuals and for the whole country. We hope that the sacrifices made, and the difficulties overcome will bring precious fruit and teachings for the present and the future regardless of a feared, eventual, second wave.