In 1420 the battle of Vítkov was fought 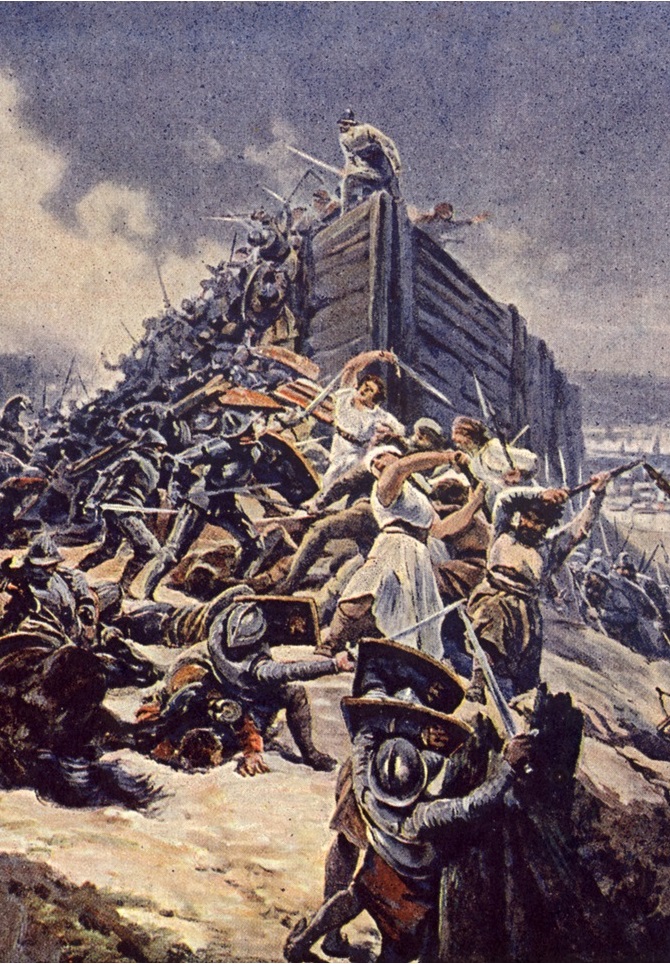 The hill of Vítkov today provides a suggestive panorama of Prague and is particularly known for hosting one of the largest equestrian statues in the world, that of the Hussite leader Jan Žižka. It was here that on 14 July 1420 an important battle took place within the Hussite Wars which saw the armies of the Holy Roman Emperor, Sigismund, opposed against the Hussite deployments under the command of Žižka. The siege on the Hussites began on June 12th. Sigismund could count on an army of about 150,000 men who launched the attack on the rebels on 13 July. The following day, the reorganized Hussite troops attacked enemies by surprise through the vineyards on the southern side of the hill, forcing the Emperor’s faithful to retreat. The battle was a clear, and perhaps unexpected, victory for the Hussites. Precisely in honor of the Protestant leader, and in memory of this battle, the popular district that extends around the hill today is called Žižkov.