In 1920 the daily newspaper Rudé právo was founded

The voice and the official ideology of the Czechoslovak Communist Party, this is what the daily “Rudé parvo” was in the years before the fall of the Wall. “The red law”, or “The red truth”, is the translation of the header which reflected the political trend in the countries that adhered to the Warsaw Pact. Founded in 1920, following the split between the Social Democrats and the Communists, the first issue of “Rudé parvo” was published on September 21 of that year and continued its publications, in illegal form, even during the Nazi occupation of Czechoslovakia, resuming them regularly in 1948. Between 1948 and 1989 the newspaper sold over two million copies a day. Following the Velvet Revolution, it was privatized and, based on the original project, some publishers created the newspaper “Právo” which saw the light in 1991 while maintaining a center-left orientation over the years. Nowadays, the newspaper has a run of almost 100,000 copies. 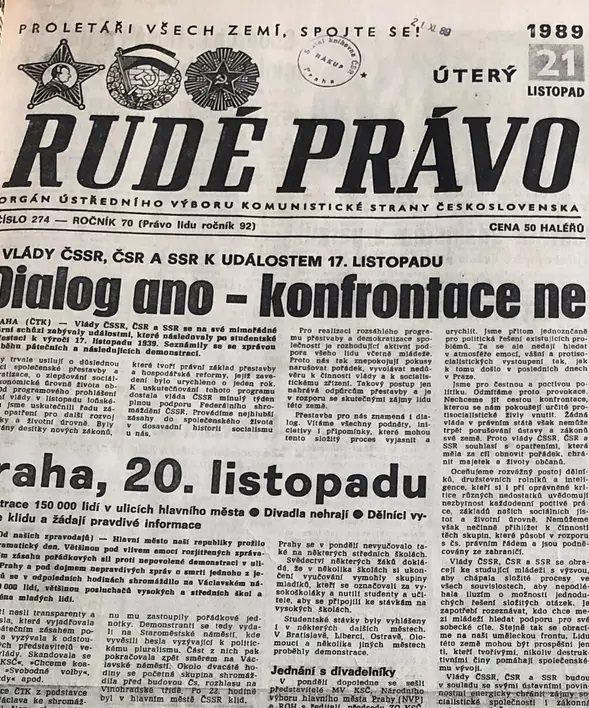