Home  »  Current Affairs   »   In 1920 the Czechoslovak Constitution was issued

In 1920 the Czechoslovak Constitution was issued

100 years ago
The Czechoslovak Constitution was issued 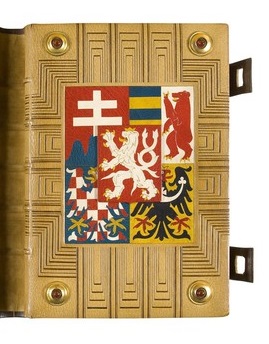 In February of this year, the 100th anniversary of the Constitution of the Czechoslovak Republic was celebrated, which was adopted by the country on February 29, 1920 to replace the provisional one, issued on November 13, 1918 (after the First World War and earning independence from Austria). To give life to the important document, the Czechoslovak government authorities of the time were inspired by the models of the constitutions of the United Kingdom, the United States and France and thanks to this, Czechoslovakia became the country of central-eastern Europe closest to the western democratic systems. The Charter remained in force until May 9, 1948, when it was replaced with another document, conforming to the communist ideals of the new government. On the occasion of the important centenary, the Czech National Bank issued in February a commemorative silver coin worth 500 crowns, created by the sculptor Zbyněk Fojtů.