No night is so dark

The story of one of the most prominent talents of Czech architecture between the two wars is brought nowadays in the spotlight by a box remained intact for forty years in a wardrobe in England. Despite projects and participations that are anything but negligible, the multi-talented Rudolf Wels was a personality undeservedly slipped into oblivion.

A name little known to the general public that appears – along with his wife Ida and their second son Martin and thousands of others – on the merciless lists of those who crossed first the gates of Terezín and then of Auschwitz, to never return. A dramatic human story that literally re-emerges from a drawer and an artistic career that, despite being present, under the eyes of the world, was waiting to be rediscovered and admired.

More than any other, this is a story with many beginnings, it just depends on how you want to tell it. You could follow the intriguing trail of the box or its guardian, or go back to the traces of the extraordinary relics it contains. Nonetheless, it will begin with Rudolf’s debut – the true protagonist of this story – on the architectural landscape of the Austro-Hungarian Empire, being certain that all the other possible beginnings will reunite the narrative. A debut that was already anticipating a successful career of the very young Rudolf through his choices. 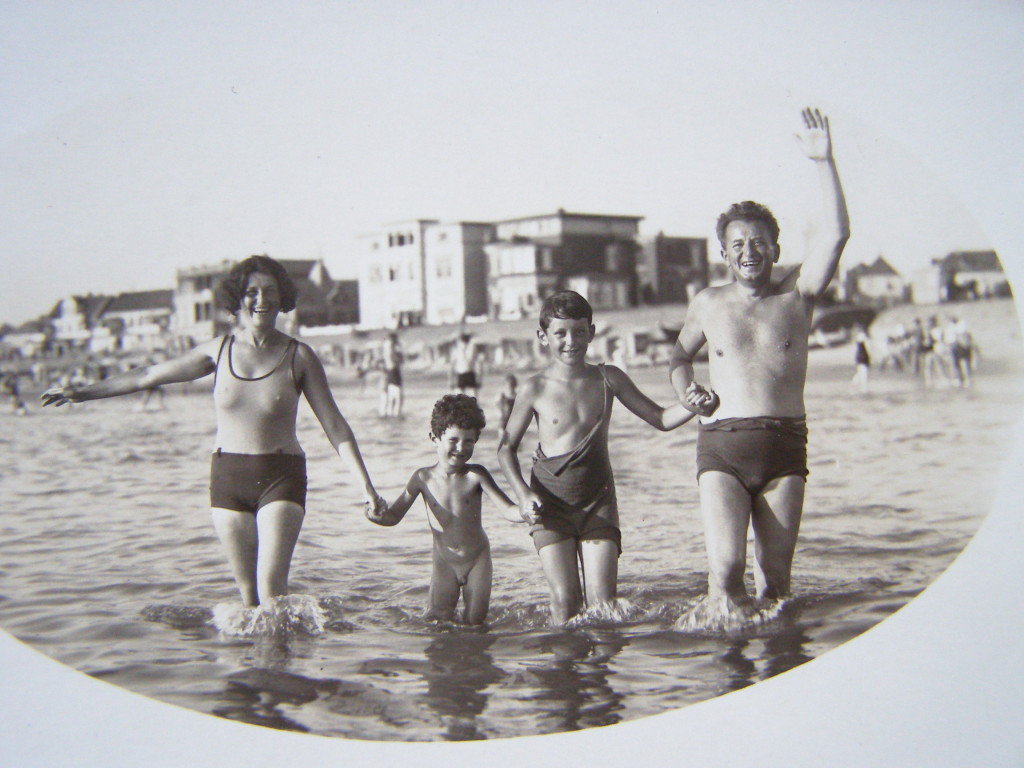 After graduating from the Plzeň construction school – and abandoning the renowned Premonstratensian college he disliked – young Rudolf leaves Osek and Plzeň to move to Prague, where he will work with the builder Richter. Having passed the construction exam at the age of twenty-five, Rudolf enrolled at the Technical University of Prague, one of the oldest and most prestigious technical universities in Central Europe. But Rudolf’s initiative didn’t seem to be enough. Thus, with the approval of his father Šimon, he took on a difficult task that only a few talented people throughout the Empire manage to overcome: the admission to the Academy of Fine Arts in Vienna. Already praised by his teachers in Plzeň, his exceptional talent for drawing guarantees him success. And, in 1909, Rudolf began his studies in the capital of the Empire under the guidance of the architect Friedrich Ohmann, who is said to have been nostalgically remembering his Praguian education period at the School of Applied Arts.

The professor immediately recognizes Rudolf’s extraordinary talent, who after only one year at the Academy won both the Hansen und Schmidt prizes and the popular Romepreis scholarship for a period of extended studies among the wonders of the Eternal City. In the same lucky year of 1910, returning from a trip to Scotland and England, Rudolf publishes a pamphlet on garden cities, a theme that delighted him and which will inspire some of his first projects.

After graduating from the Academy, Rudolf stays in Vienna to attend the private courses of Adolf Loos, whose influence will be permanent. Once again, his talent emerges rapidly, opening the circle of collaborators of the famous yet controversial architect. The well-known watercolor depicting Loos’s proposal for the Stein stores in Alexandria – an example of how the American lesson influenced the entire production – bears the signature of Rudolf Wels, assuring his name goes down in history.

The First World War marks the transition to independence not only for the Czech nation but also for Rudolf who leaves Vienna behind and returns to native West Bohemia where he marries Ida and inaugurates a new professional adventure. He lived in Karlovy Vary for over a decade, creating many works and, without doubt, some of his most relevant ones. Among these, the Bellevue Hotel building with its synthetic Loosian austerity and the renovation of the now demolished Hotel Esplanade, in collaboration with Kurt Unger and Loos himself.

Not even the bare geometries of the thermal building for ‘gaseous and solar’ medicinal baths Lázně VI exist anymore. The volume on the Teplá found a sober monumentality of Schinkelian memory in the pergola crowning, in the small and stern pronaos and in the round vestibule created as a small temple. The residential building that has replaced it since 2006 mimics the layout, the crowning and, with questionable colonnaded terraces, also tries to evoke the pronaos.

About twenty kilometers away, the same 2006 that brought the demolition of Lázně VI can boast at least with the restoration of Hornický dům, the Miner’s House of Sokolov, a town in the Karlovy Vary region. The removal of the heavy marble placed on the façade by a forced ‘SoRea’ restyling at the end of the 1960s – aimed at adapting the multi-functional building to the typical architectural characteristics of social realism – restores the original appearance of probably the best-known work of the entire Rudolfian production.

A pioneer of modernity, the building designed in 1923 shows a delicate balance between the elegance of the classical style brought to extreme synthesis and the icy exactness of the budding functionalism. A timid example of ‘radical tradition’ in which the Loosian imprint emerges still in the image of the large atrium and particularly in the articulated section, in which the famous Raumplan comes into play, a compositional structure theorized by Loos himself. In 1925, the multi-functional building with cinema, theater, café and sixteen rooms brought Rudolf both a gold medal received in Brussels and many praises, among which those from Gluck auf! This latter will not hesitate to mention how Rudolf was not only a brilliant architect but also a creator of “the art of space”.

Since his arrival in Karlovy Vary, Rudolf has also started a fruitful collaboration with the glassmaker Moser, at first building some pavilions and then successfully wearing the designer hat. In fact, during the 1920s he signs several collections of refined vases and glasses for this brand – one of which was awarded at the International Exhibition of Decorative and Industrial Arts in Paris in 1925 (which turned out to be successful year for Rudolf) – and the restyling of the Prague showroom in the historic Černá Růže gallery in Na Příkopě. 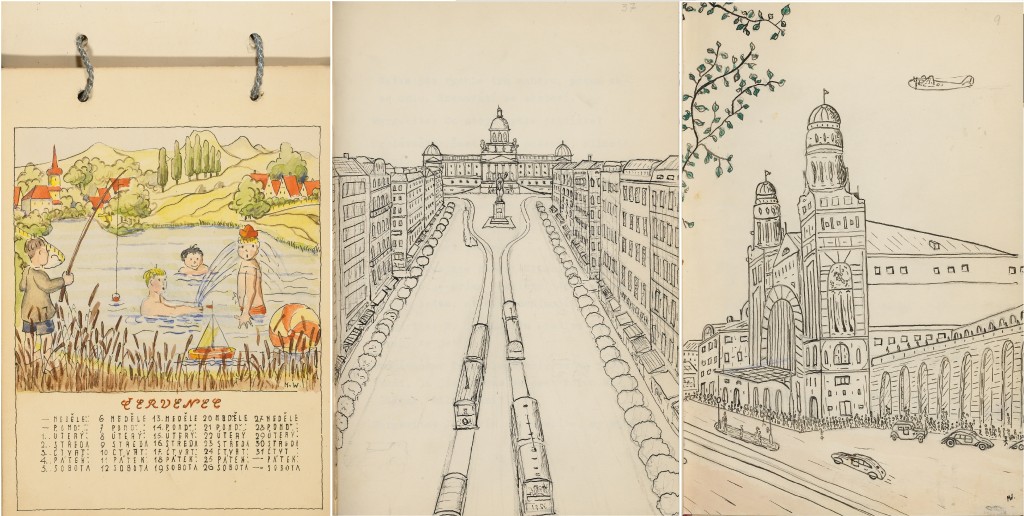 With its abstract and schematic façades covered in klinker, the rationalist headquarters of the Health Insurance Regional Institute of 1930, one of the last realizations in Karlovy Vary, precedes the seven residential buildings that Rudolf will build with Quido Lagus between 1935 and 1939, in Prague. Now fully functionalist, the seven buildings scattered around the city distinguish themselves through the very pronounced embrasures of the entrances, the facades with slightly protruding panels usually covered (often in klinker) and the frequent rounded corner options cut by ribbon windows. Loos’s lesson was not forgotten, and here it becomes more relevant than ever. Still in functionalist forms, but with a more international imprint, at the beginning of his second period in the capital, Rudolf built right in the heart of the city – between Václavské náměstí and Františkánská zahrada – the extension of Alfa Palace, which from the 1960s will host the Semafor theater.

With about fifty projects under his belt during the Prague period, Rudolf and Quido signed the sets of four film productions for Meissner, among which those of Hey rup! (1934) directed by Martin Frič, and thus proving himself to be a multifaceted and passionate professional.

Rudolf’s brilliant career – who lived with his family in the attic of one of the residential buildings designed with Quido – came to an abrupt end in 1939 with the establishment of the Protectorate. It was the beginning of the end. Rudolf found himself unemployed and the homeless family is forced to move into a shared flat, while the eldest son Tomáš manages to flee to England, where he will serve as many exiled compatriots in the RAF.

When Tomáš returns to his homeland at the end of the war – already married to an English girl and being a father – he discovers that he no longer has anyone. Rudolf applied for a visa to the USA, but in vain. However, before the deportation to Terezín, Rudolf and Ida left a box to their friends, the Štifter’s.

Tomáš will take this box with him to England and will never repeat a word about it. Only after his death, in the late eighties, his son Colin will reopen the box, starting to reassemble the family history’s fragments. In addition to memorabilia, drawings, and family photos, the box contains two illustrated manuscripts, extraordinary past life testimonials. Sancta Familia, written and illustrated by Tomáš and Martin for Christmas 1938, portrays scenes from the Wels family, while U Bernatů, dating back to 1919, collects the memories of his grandfather Šimon, restoring the everyday life of a small merchant from a western Bohemian town, in the early twentieth century. The contents of the box are on display at Villa Winternitz in Prague and put Rudolf Wels and his story in the spotlight, reminding us that – as we read in the pages of U Bernatů – “there is no night so dark, that it is not followed by the dawning of a new day”. 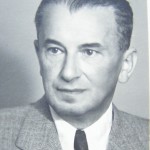 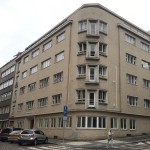 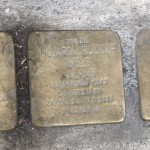