Notes of fire for Jan Palach

He committed suicide to protest against the Soviet invasion and over the years, the figure of Jan Palach has inspired a number of Italian musicians

“When life came to a standstill in the square / the wounded crowd was sweating blood, when the flames, with their black smoke left the ground and soared to the sky / when everyone saw their hands stained / when the smoke spread far into the distance / Jan Hus was burning again at the stake”. It is to the Bohemian theologian, excommunicated by the Catholic Church, that Francesco Guccini compares Jan Palach. In the dramatic gesture of 16 January, 1969 by the young philosophy student from Karlova University in Prague, the Modenese songwriter relives the burning flames of the stake, to which the Council of Constance had condemned the “heretic” Hus in 1415. “Primavera di Praga”, whose verses are written at the top of the article, is perhaps the most famous Italian song dedicated to the figure of Jan Palach and to the events that took place in January 1969 in the capital of the then Czechoslovakia. 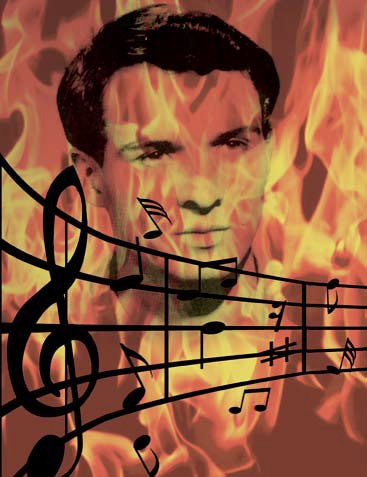 Although the song by Guccini is the most popular, it is not the only one. Other Italian artists have dedicated verses and songs to Palach’s extreme gesture, that took place in Wenceslas Square, to protest against the Moscow’s invading tanks, that in August 1968 quashed with bloodshed the reformist movement of Alexander Dubček. The Compagnia dell’anello, for example, a group close to the Italian Movimento Sociale, which is still active, borrowed its name from the homonymous novel by JRR Tolkien. In the songs they celebrate what might be considered right-wing ideals and dedicate a song to the Czechoslovak student, the title of which bears his name and surname.

“Hunger, death and slavery: courage at times is born that way / red flags over a city and in the West only cowardice / Spring of freedom, and tanks in the streets”: this is how they described the socio-political situation in Prague and on this side of the Iron Curtain. The Soviet invasion offered them an opportunity to take a stand against the communist regime. A regime that brought horror and great pain, causing tears to be shed and flowers to be scattered on the ground. A regime against which “only one man” rebelled; an image that contrasts with the “empty streets”. “The future you had dreamed of has been crushed by the tanks / they have suppressed the cries of a torn body”.

Right-wing, from a political point of view, is the singer of “identity” rock (as he defines it) Skoll. In his “The fairies of Prague” he focuses especially on the Prague girls – whom he identifies as “the fairies” – their deep eyes and on how they smell of freedom: “The fairies dance around Ian! / And those fairies sing along with Ian! / Our fairies pray together with Ian! / Ian is a sign that it will never wane, Ian has the scent of spring, of spring!”.

Among other things, Skoll is a good example of an artist who has dedicated his verses and music to the figure of Jan Palach, although he has never experienced the events of 1969 himself. He may have read something in the history books or was probably fascinated by the stories of those who actually lived through that experience. Then, there are also artists who, in that particular year, were too young to remember. Let’s take, for example, the Litfiba, the rock group from Florence with a thirty-year history. Piero Pelù, their singer and songwriter was not yet seven years old when the Prague student took his life.

Yet, in “To Satan”, he states: “Palach’s human torch has served no purpose”. The reference to the words found in his diaries are quite clear: “Since I had the honor of extracting number 1 I have the right to write the first letter and be the first human torch”. It seems there had been some kind of organization made up of different people who were ready to sacrifice themselves for the cause of freedom, even if no trace of it has actually been found. It is true, however, that at least seven other students, including his friend Jan Zajíc, followed his example and took their own lives. The song continues: “Satan master / is at the head of his chariot of human heads / There is no war without hate / There is no war without business”.

Even younger than the Litfiba are the Management of post-operative pain from Abruzzi, a group that has been active since 2006. “Norman/Prague Spring/Do you remember the fire of Jan Palach?” asks the narrator to Norman Zarcone, in the homonymous “Norman”. Zarcone is, or rather was, a young 27 year old university assistant, who committed suicide in 2010 just as Palach had done, but not by setting himself on fire, but by jumping from the seventh floor of the University of humanities, in Palermo. This was his personal way of protesting and shaking up a corrupt system that was dominated by baronies. A gesture that was not in the least an end to itself, but just like that of Palach, was an attempt to rouse the spirit of his countrymen. “As our people are on the brink of despair and resignation, we have decided to express our protest and rouse the conscience of our people”, he wrote in his diaries.

Composed by the now deceased Giampaolo Coral and first performed on 7/12/1970 by the Städtisches Orchester Gelsenkirchen of Germany, “Requiem for Jan Palach and the others” is an ideal way to close this overview of Italian music and/or music sung in Italian that was dedicated to Jan Palach.

“Mourir dans tes bras” was not written in the language of Dante, but in the veins of its author there flows (also) Italian blood. We are talking about Salvatore Adamo, the Italo-Belgian singer who dedicated “Dying in your arms” to the young Palach. “There are those who die in spring like a burning torch, staving off for an instant the advancing tanks” are the verses that refer to the desperate cry that was launched in Wenceslas Square. A cry that was to die away after three days of conscious agony, during which he explained to the doctors in hospital the reasons behind his gesture.

And on the subject of foreign music, even the Kasabian, the English group that has been active since 1997 – but had its debut in 2004 – dedicated a song to the Czechoslovakian student. The title is “Club Foot” and is the first single from their first album. The accompanying video – besides a black and white photo of Palach placed on the glass of a recording room – is a set of images that refers to the invasion by Moscow, but not of Czechoslovakia, but of Hungary. It took place twelve years earlier, in 1956: the national context and the protagonists on both sides were different (Imre Nagy, the Hungarian leader, instead of Dubček, Nikita Khrushchev, leader of the USSR, instead of Leonid Brezhnev), but one thing remained constant: the illiberal nature of the Soviet colossus.