Pavel Tigrid, story of a fair and free man 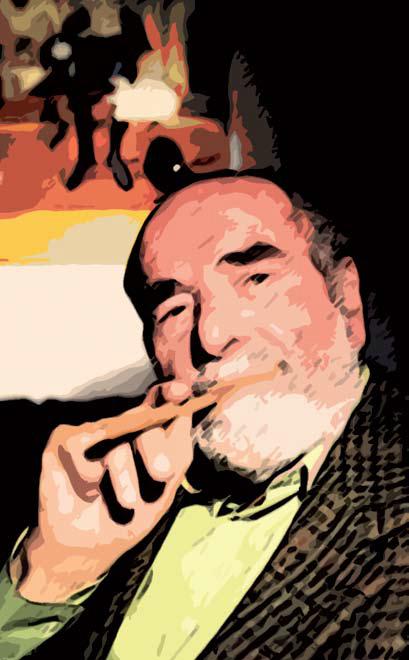 A portrait of the most famous Czechoslovak dissident journalist, a free voice against totalitarianism. Twice forced into exile before returning home. Firm with his democratic principles, and pragmatic in his action of political opposition

“My country is close to my heart. This is probably because I have not lived there. What interests me is not primarily its politics, but the more general things: how are the Czechs? How does the country evolve in history? I think we have all the cards in hand to succeed as well as possible, but it is essential to no longer be forced to “pack our bags”. I’ve experienced it twice, and this must not happen again”.

In the lucid emotions of this brief reflection, lies everything to do with Pavel Tigrid, the Czech journalist and writer, twice exiled, and for more than forty years, from his Czechoslovakia. The one still remembered as one of the stand-out Czech journalists of the twentieth century, the nightmare of the regime press, has a personal destiny that was firmly intertwined with that of the contemporary history of his country.

Pavel Schönfeld was born in 1917 in Prague, in a family of Jewish origin, one year before the founding of the Czechoslovak nation. In the late ‘30s he was engaged in studying law at Charles University in Prague. It was there where he became passionate about the theatre and in national literature. Soon, however, in his early twenties, he was forced into exile from his homeland for the first time, following the Nazi invasion of Czechoslovakia. He took refuge in London where he worked with the Czech edition of the BBC. His commitment as an anti-totalitarian free pen and voice had started. During the British years, he wrote for several magazines, especially Kulturní zápisník, published in Czech, Slovak and English, and Review 42, published in English.

Having returned to Prague after the end of the war, Pavel Tigrid, his “nom de plume” taken during his exile in England, worked for a brief period for the Ministry of Foreign Affairs and headed the weekly magazine Vývoj. However, his stay in the Czech capital was short: after the Czechoslovak Communist Party took power with the coup of February 1948, Tigrid was forced to “pack his bags” for the second time, this time heading towards Munich, in West Germany. Here he became the initiator of the broadcasts of Radio Free Europe in Czech language, which he was in charge of between 1951 and 1952.

After leaving Germany in ‘52 he moved to the US, where in 1956, he founded the quarterly magazine Svědectví – Testimony, an intellectual response to the brutal suppression of the Hungarian uprising by the Soviet Union. The American experience ended in 1960, the year when he moved to France, which would become his country of adoption. In Paris he continued the work of Svědectví: an intense political and intellectual engagement. This “resistant” publication was open to the collaboration of Czech intellectuals and journalists banned in the country, Václav Havel and Jan Patočka among others, and gave way to the thoughts of other big names of the European anti-totalitarian thought, such as Arthur Koestler and Raymond Aron. The magazine, despite having been banned in Czechoslovakia, circulated under the counter until it reached a maximum print run of 20 thousand copies at the time of the fall of the regime.

Yet, the action and work of Tigrid in the City of light is not limited to Svědectví. Between 1968 and 1969, two other decisive publications defined his path of political reflection: “The Prague Spring” and “Why Dubček fell”, two lucid analyses of the impossible reform of “real socialism” at a time when the French left was galvanized by the leftism of the speeches and acts of the Parisian May ‘68. But there’s more. From France Pavel Tigrid managed also to feed an anti-regime clandestine network. Thanks to him, and thanks to the coverage of the France-Czechoslovakia association obedient to the Prague regime, several young Czechs could leave the country after 1968 and come to France pretending to participate in tourist trips: the real purpose of these trips was returning with books and writings banned in their homeland and money destined for domestic political opposition.

Meanwhile Svědectví magazine continued to be a privileged forum of the political debate of dissidents in exile. Especially after 1968, and the forced end of the Prague Spring, he followed the activities of Charter 77. Sticking firmly to his democratic principles and remaining pragmatic in his actions of political opposition, Tigrid continued to feed a discussion on the possibilities (or impossibility) of internal changes to communist systems until the ‘70s, in particular in Eastern Europe. In 1977 he would publish “The Bitter revolution: failed attempts to humanise Marxism-Leninism”, a series of critical portraits of reformer communist Eastern Europe.

By now a symbol of Czechoslovak dissidents in France, Pavel Tigrid was also a promoter of the foundation in Paris of the International Committee in support of the Charter 77, headed in France by his friend the poet Pierre Emmanuel. The Prague journalist would remain on French soil for more than ten years, until the Velvet Revolution of ‘89 and the fall of the communist regime in the country. Only then would he return to his country. Curiously, having once been Havel’s “director” back when they were publishing for Svědectví magazine, he became the counselor of the newly elected Czech president.

A few years later, the militant journalist would take an even more prestigious position. From 1994 to 1996 he was the Minister of Culture of the Czech Republic. In addition, Tigrid, who after the war was questioning the expulsion of the Germans from the Sudetenland in his writings, would also fulfill the role of co-chairman of the Czech-German Forum in 1997, which opened to reconciliation as a condition for the European integration. However, after years of political commitment in what is now “his” Czech Republic, he decided to return to his second homeland: “his” France. He would die here, in 2003.

Today, in front of what was his home, in the rue de l’Abreuvoir of Héricy, not far from Paris, the municipality placed a plaque in memory of him: it was the last signature “of a fair and free man”. This is how he was remembered by a moved Václav Havel, on the day of his funeral. 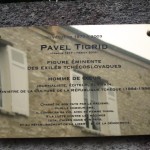 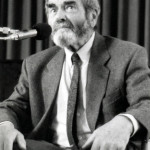 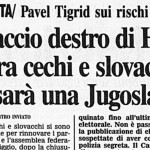 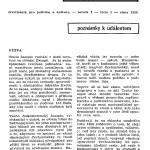