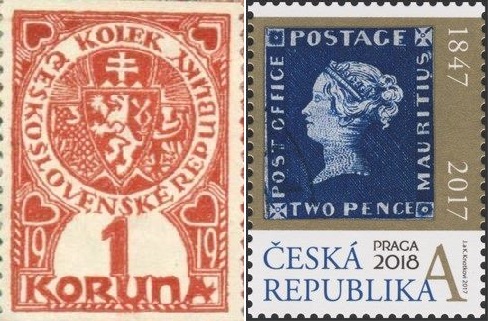 Prague 2018 takes place from 15 to 18 August, a world exhibition of stamps sponsored by the FIP and FEPA Philatelic Federations. The Philatelic World Championships return to Prague after ten years, taking advantage of the anniversary of a series of centenarians, the birth of the Czechoslovak Republic and that of the Postal Museum, the issue of the first postage stamp, and the 25th anniversary of the Czech Republic. Objects from 67 countries compete in various classes including traditional and modern stamp collecting, postal history and literature. The pièce de résistance are four stamps of Mauritius. The purpose of the event, whose main office is the Clarion Congress Hotel in Prague 9, is to develop relationships and collaboration between stamp collectors from around the world, to promote this passion and the virtual exhibition Exponet.