Prague at loggerheads with Moscow

The Czech Republic approaches the USA and ditches Beijing on 5G. In the context of diplomatic events, Covid-19 and the blunder with Italy

In the midst of a Coronavirus emergency, among countries on their knees and serene islands, amid more restrictive and relaxed approaches, and among lock down and social distancing, Europe and the whole world haven’t left aside the diplomatic and commercial crisis, the institutional indifferences and controversies. The Czech Republic is no exception either. During the pandemic it didn’t hold back on the foreign policy front. We are particularly referring to the controversy with Russia, either due to the removal of the statue of the Soviet general Ivan Konev from a square in the capital city, or to the spy story that turned the mayor of Prague into a target of the Russian 007 agents. And if the Russian front registered an immense boost, there was no shortage of news neither on the European and American sides or in the relations with Italy. On this latter point, the dispute over the Chinese masks and the blocked transit particularly come into discussion.

A symbol of the Soviet occupation and normalization for the Czechs, and a hero of the Second World War for the Russians. In April, the statue of General Ivan Stepanovich Konev was removed from a square in Prague, after formal protests and critics from the Russian side, and – as far as we know – it will be available in the future Museum of the 20th century that is still to be open.

Konev was a legendary commander of the Red Army, a protagonist of Prague’s liberation from the Nazi occupation but at the same time “guilty” of having led the invasion of Hungary in 1956.

The decision of the mayor of Prague 6, Ondřej Kolář (Top 09), endorsed by the mayor of Prague capital, the pirate Zdeněk Hřib, infuriated both Moscow and the Czech president Miloš Zeman who accused the local administration of “taking advantage of the Coronavirus state of emergency to remove Konev”, referring to the decision as “a result of the stupidity of municipal politicians”.

For the Russian Foreign Ministry, the April removal was “an act of hostility and vandalism” and the Russian Ministry of Defense has requested for the statue to be sent to Russia. The Russian Defense Minister Sergey Shoygu has demanded his counterpart Lubomír Metnar to intervene for the effigy, but the Czech authorities replied that they have no jurisdiction because the property is owned by the city of Prague.

Prague is not the only city of the ex-satellites to have removed or damaged Soviet related monuments, which is why president Vladimir Putin has passed a law that punishes those who damage symbols of the Russian history with up to five years in prison. For this reason, the Prosecutor’s Office in Moscow has launched an investigation related to the removal of the statue of Konev, an initiative viewed as an interference by the Czech diplomacy.

And as if this collision wasn’t enough, there is another story to exacerbate the tension between Prague and Moscow, a story of past times, times from the Cold War, according to which a Russian spy would have come to the Czech capital tasked to assassinate Kolář, the mayor of Prague 6.

A man possessing a Russian diplomatic passport was reportedly identified while disembarking at the Prague airport carrying a suitcase containing ricin, a deadly poison. These are all rumors that the weekly magazine Respekt would have obtained from a source of the Czech secret services, clearly anonymous. A police escort has been granted for Kolář, mayor Hřib and the mayor of Prague Řeporyje, Pavel Novotný.

In addition to the removal of the statue of Konev, there is another decision hanging on the shoulders of mayor Hřib namely the name change of the square in front of the Russian embassy to the name of Boris Nemcov,an opponent of the Kremlin who was killed.

President Zeman intervened also in the story of the Russian spy, contesting in an interview the protection of the municipal administrators, and underlining that the news with the agent armed with poison was never confirmed by the Bis, the Czech counterintelligence agency. This position coordinates with that of the Russian embassy in the Czech Republic, according to which some news “have no basis and are only meant to discredit Moscow”, real “fake news” in the words of Dmitry Peskov, Kremlin’s spokesman. 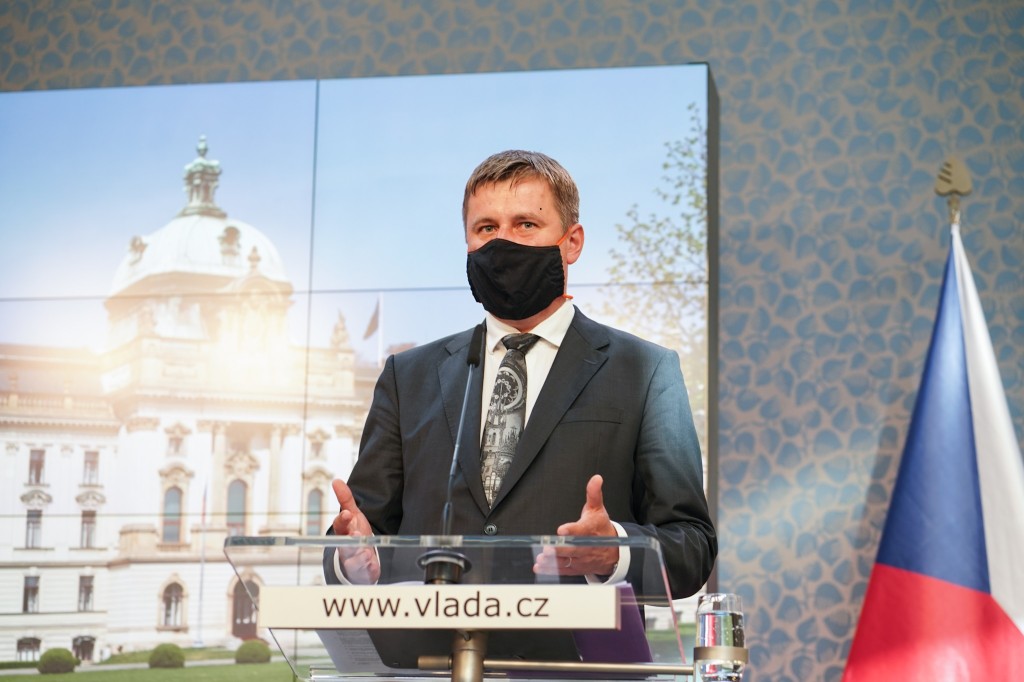 The story of the 100 thousand masks and thousands of respirators sent from Beijing to Italy and seized in northern Bohemia was paradoxical in some respects, and about to cause a diplomatic crisis between Rome and Prague.

In fact, the aid convoy – after being seized by the Czech authorities in a warehouse, during an investigation of an alleged attempt to speculate the price of these devices – had been immediately equally distributed for local needs between the Czech Ministry of Interior and the Ústí nad Labem region. All this while Italy was going through the most dramatic days of the Coronavirus crisis.

he matter was resolved a few days later when – based on television images of the confiscation, which unequivocally showed how a series of packages were in fact humanitarian aids for Italy – the Italian Embassy asked for explanations. At that point, the Minister of Foreign Affairs, Tomáš Petříček, apologized for the inconvenience and announced that the Czech Republic would send 110 thousand masks from its own stocks to Italy as soon as possible, equal to those that should have reached the country and were confiscated in Bohemia. Despite having arrived a few days later, this clarification allowed the matter to close with a happy ending, avoiding other different outcomes.

On the EU side, we can outline the critical positions of the premier Andrej Babiš regarding the Recovery Fund, the instrument proposed by the EU Commission aiming to soften the devastating impact of the Coronavirus, in favor of the countries that have been harshly affected by the crisis, mainly Italy and Spain. According to Babiš, the Recovery Fund is “unfair” and would penalize the Czech Republic, considering the redistribution of resources. He considers “inadmissible” that already heavily indebted countries could take advantage of it. “All this at our expense, despite the success we had in preventing the spreading of the virus and having all our public finances in place”, declared the Prime Minister on several occasions.

Even more, there was no lack of criticism from representatives of the Czech government about the way the EU faced the Coronavirus emergency. For example, the deputy prime minister and the Social Democratic Interior Minister, Jan Hamáček underlined that the Czech reaction to the pandemic was much faster and better than the EU one, as far as saying that despite the above-mentioned diplomatic blunder with Italy, “it was Prague that helped certain member countries, including Italy and Spain during the pandemic”.

Huawei and the USA

On this front, we mention the new strengthened axis of the Czech Republic with the USA. In a joint press release, Prague and Washington announced their cooperation in the 5G network and established strict network security requirements, de facto closing the door to the 5G technology offered by the Chinese Huawei and Beijing. A step that highlights even more the growing distancing between Prague and China, after years of courtship and investments, after the Czech authorities have embraced the project of the Chinese President Xi Jinping to expand the Silk Road and after Huawei has also handled the communication of President Zeman and his staff. Years of economic and political diplomacy are thrown away in a snap of fingers.

Through this new agreement, the US and the Czech Republic intend to “strengthen their cooperation” in the ultra-wide band, protecting the telecommunications networks from disturbances or manipulations, and ensuring the security of privacy and individual freedoms of the citizens in both countries. Prague has basically embraced the American position regarding the Chinese giant, a position that wants Huawei out of any possible game.

In the agreement, the two countries have laid down a list of requirements for the 5G network, which must also be respected by those intending to join the band, all in a very specific context: in fact, the two countries “support the discussions on the security of the 5G within NATO” and involve “the Prague Principles” on 5G included in the final declaration of the meeting of May 2019 attended by the thirty US allies, both NATO and EU and reiterating that “the risk of the influence of a supplier from a third country must be taken into account” in the choice of 5G.

This is a strongly desired message by Mike Pompeo, the US Secretary of State, aiming not only to make it clear to Beijing that the music is changing, but also wanting to send a message to the European allies regarding the 5G and particularly to Italy who has inconsistent positions on this matter.