Prague still on the political chessboard of the antimissile shield

The Obama administration plans to set up a new antimissile program which would also include, besides the Czech Republic, Poland and Romania.

Prague is looking to see what is going to happen on the political scene, while Moscow and Washington are weighing each other up – at international and diplomatic level – as they study the defence project against possible common threats.
The political game is extremely delicate and, it is not only Prague that is playing the role of pawn or bishop or, from time to time, that of tower or queen, but also Warsaw. In fact, Bucharest has come onto the scene in these last few months.
A subtle and astute game, of moves and counter moves, able to wrong foot the opponent and at the same time to respond, blow after blow, to the various offensives and retreats.
On the twentieth anniversary, since the fall of the Berlin wall and the breakdown of the iron curtain, the big issue of the day is represented by the United States antimissile shield in central Europe. Even with the adjustments requested by Obama, in order to achieve greater understanding with Russia, the shield may represent a battle-ground, and lead to conflicts between the two superpowers – even in this era of international détente.
At the centre, we have the Czech Republic and Poland which are more closely in line with the White House and more willing to support the Obama project, However, at the same time, they are extremely wary of the Russian response to the American initiatives. 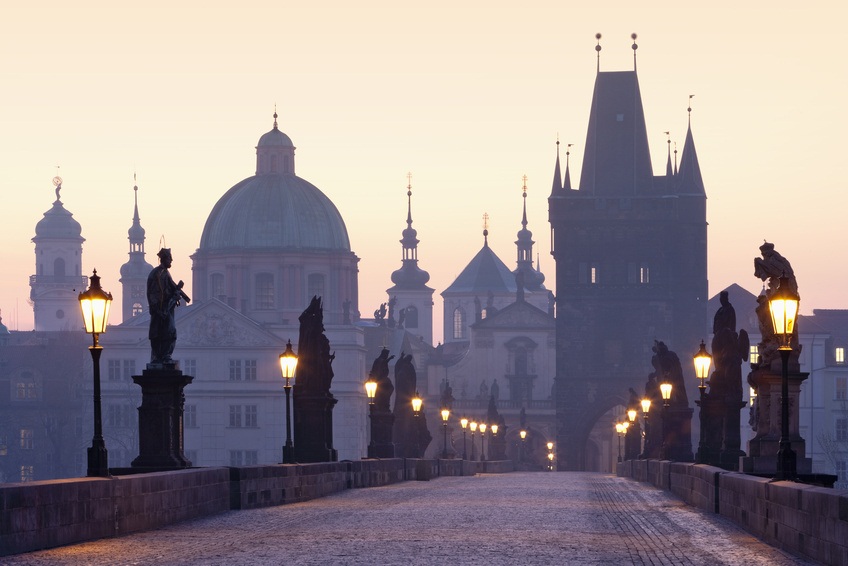 After reaffirming their willingness to allow the installation of parts of the shield, made to the U.S.A. vice-president Joe Biden during his recent visit, the Czech and Polish authorities have expressed deep concern to their Overseas ally. The main fear is related to the possibility that Prague and Warsaw might, in future, pay the consequences for their renewed partnership with the United States in terms of a reduction in security.
The new wider plan, confirmed by the request made to Romania to join the antimissile system, could lead to more than one radar base being placed on Czech soil. In effect, the plan may foresee the installation of an interception command or control centre. If Poland has been offered the SM3 missiles, as for as the Czech Republic, the question is still in the preliminary phase.
In the meantime, in Prague, the political parties are already taking up their respective positions. For the Social democrats (Cssd), it is a solution which may be debated, “on condition that it be set up with the aim of facing a real threat and, that the system be realized within the Atlantic Alliance”, declared Jiri Paroubek, leader of the party. He also pointed out that “the issue is still premature and an agreement may be reached only when it is clearly understood what the United States really intend to do.” A bitter smile, however, came from the ex premier Mirek Topolanek, who had fought hard for the approval of the treaties signed by Prague and Washington (on the shield) and had reacted with great disappointment at the cancellation of the Plan. However, Topolanek has favorably welcomed the intention of the United States to pursue its anti-missile system in central Europe with the inclusion of the Czech Republic.
Despite all these perplexities, however, the new plan – which in only three days received a Czech, Romanian and Polish “yes” response – was also well received by Nato that considers it a valid protection for Europeans and Americans alike from “a real threat “, the threat posed by Iran – and a valid protection from other possible threats in the future.
Prague, however, wished to make it clear that its participation to the shield would, in any case, be that of a member of the Atlantic Alliance because “the United States consider the Czech Republic sufficiently mature – after twenty years since the foundation of a democratic state – that it may decide on its own whether to participate “, declared Prime Minister Jan Fischer. Of the same onion is also Paroubek who announced the intention of starting an open debate on the issue, because the Cssd strongly feels that national public opinion must be informed and aware of the project is about. It must never happen again – Paroubek said clearly – that the Czech government signs international agreements followed by ratification in Parliament, well aware that more than half of the population is opposed to it, a common practice in the past years.
According to the “old wise gentleman” Vaclav Havel, there is little doubt that Prague will accept. “The United States are interested in our Country and nobody else has pushed us out of the American field of vision”. That is what “the founder of the Velvet Revolution” declared, adding that the cancellation of the plan is merely a technical issue, because, for over 25 years, they have been talking about this project and every administration of the White House has shown to have different ideas on the subject.