Home  »  Current Affairs   »   Prague and Unesco, when the future challenges the ancient

Prague and Unesco, when the future challenges the ancient

The debate on the risk that the Czech capital may lose protection as a World Heritage Site. The main focus is on large developmental projects within the buffer zone around the protected area

The fate of Prague’s historic center, or perhaps of the entire city hangs under a sword of Damocles. A divisive matter is taking hold of the city with golden rooftops, the capital with one of the most famous skylines in the world. Ironically, the city of one hundred towers, and the tall spears of Saint Mary of Týn (thought to be the model of the Castle of Sleeping Beauty, in Disneyland), of Baroque domes, and the great castle embracing the cathedral and rising towards the sky, reflecting in the waters of Vltava, is forced to deal precisely with its priceless and irreplaceable skyline. Too precious to be put at risk and too extensive – despite the orography – to allow a certain freedom of innovative action.

Thus, a profound discussion concerns the rich and extraordinarily varied heritage of what was once the imperial capital of Charles IV and Rudolf II. There was a dispute at stake between life and conservation, between eternal immobile devotion to the past and the glimmer of a chance for future – as outlined in harsh dichotomous tones by the spokespersons of one of the factions in the field. 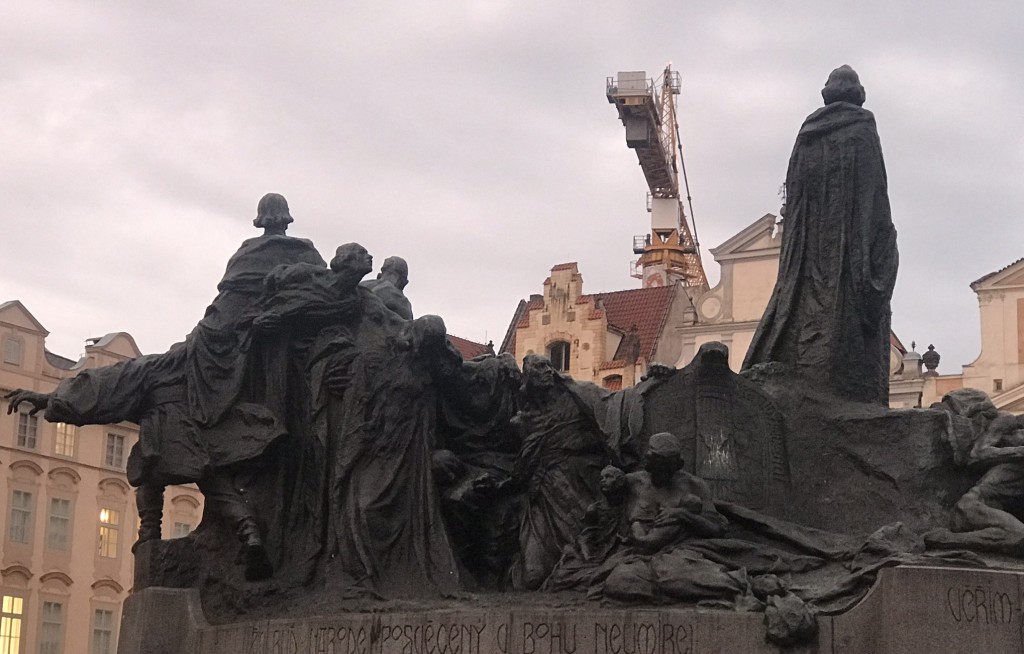 The still active debate lurking around Prague’s political, academic, entrepreneurial and intellectual circles for about a decade now knew a sudden boost just over a year ago. The debate was revived by the outcome of the visit in March 2019 of the UNESCO and ICOMOS commissioners, and made public at the end of August of same year.

The conclusions of the dossier state clearly that excessive development in the areas of the historic center and its surroundings must be promptly contained and that investments in the areas of transformation must instead be encouraged.

The Commission focuses mainly on large developmental projects within the buffer zone around the protected area – which in the case of Prague covers almost a fifth of the entire urban area – and the high-rise buildings, especially those in the Pankrác area, mentioned in UNESCO documents since the inscription of the historic center, in 1992. Experts are requesting a revision of the Metropolitan Plan and questioning the potential risks inherent in the new building law, regretting the inertia of local institutions in following up on the recommendations and concerns that emerged from the previous reports.

Prague’s historic center – one of the largest protected areas in the world, with an area of near nine square kilometers – sees this way the possibility of being included on the list of endangered world heritage sites if the conditions that seem to threaten its preservation are ascertained.

In Europe, the list of special monitored sites includes only three other sites: the historic center in Vienna, the old merchant port of Liverpool and the medieval monuments in Kosovo, four monastic complexes, the ultimate expression of the Byzantine – Romanesque ecclesiastical culture developed in the Balkans between the 13th and 17th centuries.

According to the report, the cards are now in the hands of the Czech authorities. In the autumn of 2019, the government has promptly activated an evaluation committee and started negotiations with the main parties in the complex scenario of urban management and development without, however, satisfying some extremely critical voices on the matter. The forty-fourth session of the World Heritage Committee which should have been held between June and July in Fuzhou, China – and postponed to a later date due to the health emergency – will assess how the matter has been and will be addressed in the future.

In the same pages, the dossier recommends the need to question those positions that consider the conservation of the heritage and contemporary architecture to be in conflict, excluding a possible complementarity. Although expected and suitable for the role, the commissioners’ suggestion to ban extremists is still a stance within the debate that sees the indefinite opposition of those who aim for the preservation and those who would instead choose to abandon UNESCO protection in favor of a free urban development. If the voice of the first party doesn’t seem to have a significant echo, the one in favor of the exit resonates with clearly tranchant statements that claim the right to not reduce the city center to an open-air crystallized museum for tourists.

While the authorities were preparing to finalize an official response to the UNESCO report, an editorial by Sdružení pro Architekturu a Rozvoj (SAR, The Association for Architecture and Development) raised the tone of the discussion, last January. SAR – who features prominent names among its ranks – sees the UNESCO recommendations as a Diktat and the evaluations of new urban development projects by international committees as an excessive interference in internal affairs. Canceled by UNESCO for having built a bridge in violation of the restrictions, but on the basis of the needs of the citizens, Dresden is considered a possible positive model. Its spokespersons firmly argue that cities must belong mainly to the people who live there and not to bureaucrats or transnational tourists – and who in their press release invite people to “go take selfies elsewhere”.

If some real estate developers have thrown themselves head-first in the controversy by trying to provide their own interpretation of the infamous dossier, others try to approach the debate more cautiously by offering to reduce the volumes and maximum heights of their projects in light of the recent suggestions – which then again aren’t new – concerning the regulation of the buffer zone, the real object of dispute.

The one thousand years of glorious history of the city entrust the historic center to the contemporary world as a precious palimpsest, an eloquent witness of the continuous and organic urban development process from the Middle Ages to our days, unfolded under the watchful gaze of the dark statues of Charles Bridge. The high “degree of authenticity” of the artifacts stunningly documents the architectural expression of the succession of ‘styles’, justifying the UNESCO presence. Certainly, the desire of current generations to leave a trace, a significant sign of their era in the fairytale landscape of their beloved city is genuinely legitimate, as is that of allowing a little life inside. However, it would be equally right to entrust the priceless Praguian heritage to future generations as it was received, completed with some contemporary architectural works able to deliver our passage into history and above all demonstrate that conservation and innovation are not necessarily conflicting.