The cancellation of the tender for the double plant seems to send a signal to Moscow, but the Czech Republic can not afford to cut ties with Russia

The positions of the Czech government on the strongly condemned actions of the Kremlin, on the NATO appeal, from opportunism to the request for sanctions

Economic sanctions on Russia are “useless”, “harmful” and “far from coming”, according to the official positions of the government of the Czech Republic, but nothing can take away the thought that the tender for the expansion of the Temelín nuclear power plant, in which the Russians of the consortium Mir.1200 were close to their greedy goal, has been set aside not only for purely economic reasons, but also for something more: a barely veiled signal, a warning, or just the strongest evidence that Prague could give to show opposition to the Russian decision to annex Crimea as well as other possible Ukrainian territories.

The positions of the Czech Republic in this partial view of guerrilla diplomacy, which makes Europe so old, are in fact far from univocal, and the same people have made contrasting statements within just a few days. The key player regarding these upheavals and errant statements is none other than President Miloš Zeman. On several occasions the head of state, has commented on the annexation of Crimea to Russia, claiming that it is a fait accompli and a point of no return, because the decision “to donate the peninsula to Ukraine in 1954”, by Nikolai Khrushchev had been “stupid”. The president added, however, that NATO should send its troops if Russia “were to attempt to annex other areas of eastern Ukraine”. He added, “If Moscow decides to spread its territorial expansion in Eastern Ukraine, there the games would come to an end. At that point, I would not only support more urgent EU sanctions”, said Zeman, “but I would also alert the forces of the Atlantic Alliance”.

However, the fact that the cancellation of the tender for Temelín is not only due to higher energy prices and the constant increase in the cost of the project (€ 11 billion) is obvious. Firstly, because prior to the cancellation, the Minister for Human Rights, Jiří Dienstbier, had expressed many doubts about the possibility that the Czech Republic should entrust the Russian consortium with the plan at a time when “the Russian regime uses military force and blackmail”. Perhaps also to lessen the possible effects on the Russian-Czech interchange Zeman immediately asked for the organization of a new tender with the admission of at least four participants: in addition to Mir.1200, and Westinghouse, France’s Areva and a possible South Korean investor.

Moreover, the fact that there is a strong economic link between Russia and the Czech Republic, is clear to everyone. This was most likely also the reason why Prime Minister Bohuslav Sobotka did not give a cogent position on the Crimea topic. Despite defining the annexation as “unacceptable”, he put an end to the controversy over Temelín straight away, following the words of the Minister for Human Rights, noting that Prague cannot “afford to cut its economic ties with Russia because of the Ukraine issue”, then adding that he opposed economic sanctions, which he considered to be “measures that will bring no good to jobless people”. Czech exports to Russia have increased tenfold in the last 10 years (5% of car exports are there), while it is known that 70% of the oil and gas used on Czech territory come from the Russian reserves, not to mention that Russian tourists in the Czech Republic have spent $400 million in 2013 alone. The crisis in Crimea, has therefore done nothing but bring these facts to light, and with it fears that a weakening of relations between the two countries is likely to cause relapse in the Czech economy, import-export, as well as the loss of tens of thousands of jobs related to industries. Consequently, the Deputy Foreign Minister Petr Drulák has highlighted the need to “increase the diversification and efforts to limit the vulnerability of the Czech economy from Russia in the long term”. Meanwhile, SSHR, the government agency that deals with stocks of fuel and raw materials needed for crisis situations, has warned us that the Czech Republic has enough oil for 94 days and has created a supervision unit. Czech Companies operating in Ukraine are also starting to suffer from the post-annexation tensions. Škoda Auto, which has an assembly plant, has already reduced the number of cars produced. The first negative signals have already been indicated also by the food company Hame. 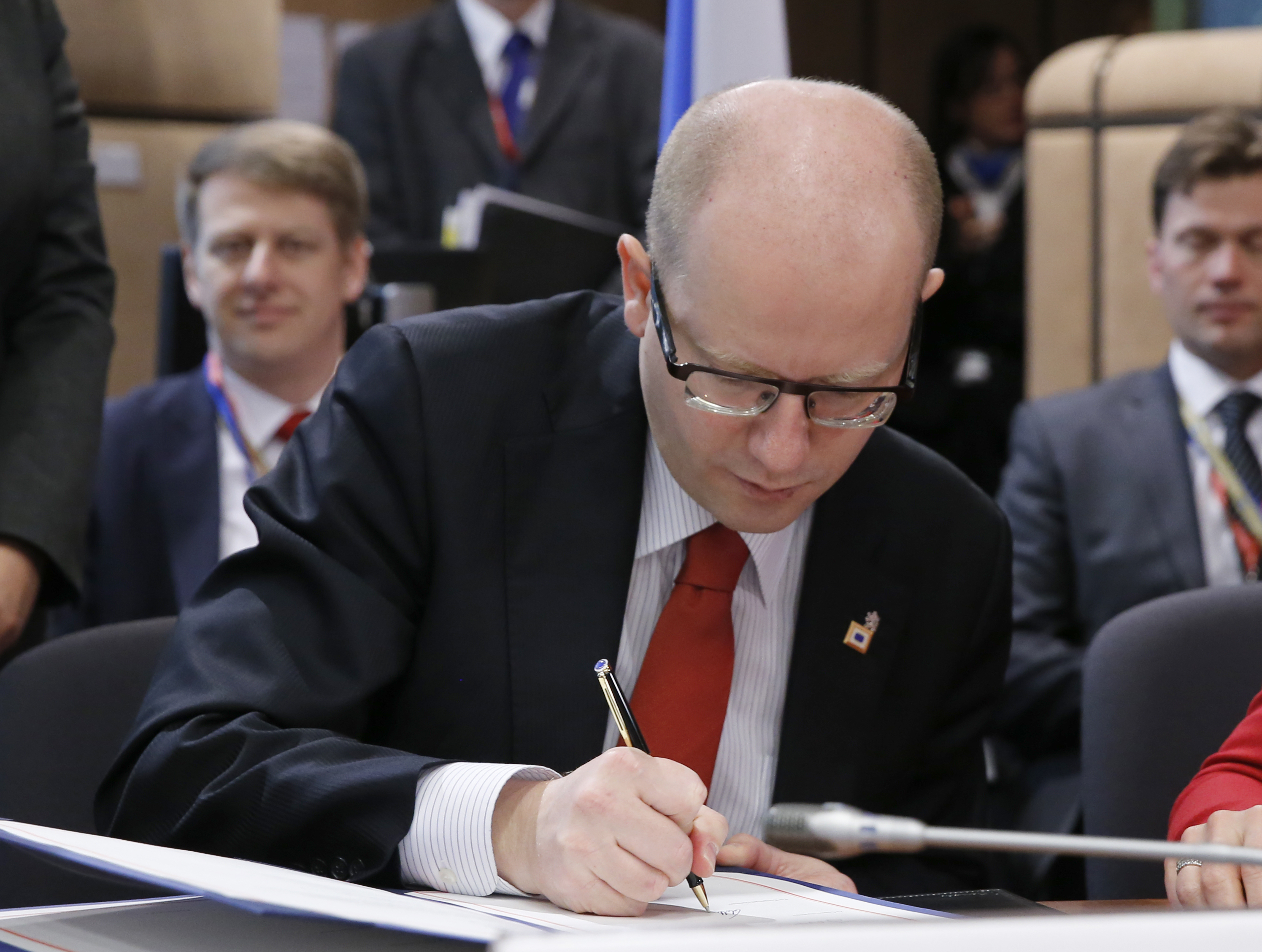 Conflicting feelings, hesitations, fears, and yet the Temelín cancellation was probably the most courageous step that could be made against a giant enemy and friend like Moscow. The diplomatic dialogue between Prague and Russia, in fact, is all based on done what is said and not said, condemnation and blandishments. Zeman himself, after pointing out that the annexation of the peninsula of Ukraine to Russia is a done deal, added that the events that led to the referendum in Crimea will surely be less dramatic than “the previous ones in Kosovo”, and it is known how the Czech Republic is one of the Eu countries that have recognized the independence of the Kosovo a few months later than the others.

The situation, which for many will be most reminiscent of the Cold War, has even resurfaced the U.S. plan to create an anti-missile system in the Czech Republic and Poland, clamoured for by former Prime Minister Mirek Topolánek. The current Minister of Defence Martin Stropnický, however, has placed the project in the drawer and even frozen the hopes of those who expected a military intervention of NATO troops in Crimea. The line of reasoning is down to the fact the Ukraine is not a member of NATO, and the intervention should be agreed with the UN instead which is part of Russia. “The diplomatic pressure may be increased”, he added.