Following the failure of mayor Adriana Krnáčová, the Prague voters decided to renew the political scene of the capital by trusting in new parties and civic movements

City council divided into five alliances of almost equal consistency, a dismissal of historical parties and rejection of the ANO 2011 movement. The municipal elections held last October created an unprecedented situation in Prague, paving the way for a barely qualifiable coalition on a national level.

The vote of the inhabitants has distributed the cards between the parties very equally: the three groups of the current majority: the Pirates, Praha Sobě (Prague Together) and Spojené síly pro Prahu (United Forces for Prague) have 13 councilors (but the Pirates have more votes), the ODS could count on 14 councilors and ANO, the smallest group, on 12. Traditional parties of the capital’s political environment such as the Greens and Social Democrats have disappeared. The latter had participated, practically ceaselessly, in the Prague government since 1998. The ODS fared slightly better, having come first but has suffered strong isolation. The years when it was said that in Prague even the tennis racket of Václav Klaus would have won the municipal elections, now seem to be of a distant era.

In this balance of power, a triad of new but not entirely unknown forces has emerged. The Pirate Party has had a long presence in the Prague political scene, first among the city assemblies and then on the city council. Among the council stalls the Pirates have conducted a strong opposition focused on transparency, good functioning of the city and digital technologies. The Praha Sobě movement comes from Prague 7, where four years ago a group of civic activists won having obtained the majority of the district council. The movement, born on the wave of indignation for a controversial project for the construction of a new municipal headquarters, is led by a young Latin professor, Jan Čižinský, who in recent years has become the most popular among the mayors of the Prague districts. In October the movement confirmed the consent it has been enjoying, obtaining landslide percentages in Prague 7.

The United forces for Prague come from the most classic environments of the center, having been born from the cold fusion of the center-right parties Top 09 and STAN. Despite being part of the city establishment, the formation has tried to present new, or at least more presentable faces, putting aside certain figures from the past, such as the former mayor of Prague 1, Oldřich Lomecký. At the helm of the coalition is Jiří Pospíšil, an MEP and Secretary General of Top 09.

Thanks to this majority the pirate Zdeněk Hřib has arrived at the helm of the city. Boasting a degree in medicine and career in applied technologies for the medical field, Hřib is representative of the new generations of Prague, having been born outside the capital (in Slavičín, in the Zlín region), he arrived in the city for university studies, where he also found work and formed his family. With Hřib, the Pirates also managed to impose the rule of forbidding dual mandates by putting the leaders of the two allied alliances out of the junta: Čižinský will remain the mayor in Prague 7 and Pospíšil will keep his seat in Brussels. Managing a ménage à trois, with all members practically of the same weight, may prove to be a difficult task. On the other hand, apart from the resounding rejections of what was said during the election campaign, there does not seem to be any alternative to the current alliance, which has a comfortable majority in the council. And thanks to the proportional system you can change the horse even halfway through the race, should the starting one not provide early proof of a brilliant performance.

If the new alliance is unprecedented, its objectives do not appear to be revolutionary. The first objective of the new junta concerns the municipal apparatus, which in the last four years has shown signs of inefficiencies and real failures. An emblematic issue, is that of the bridges over the Vltava, which, after the disastrous collapse of the pedestrian walkway on Císařský ostrov, have become the object of extraordinary attention.

The fight against corruption, always present in the electoral programs, was accompanied by the fight against inertia, which characterized the campaign of mayor Adriana Krnáčová, at the head of a varied majority that was supported by only one more vote. In Prague, the Andreottian maxim of the “better to get by than to kick the bucket”, did not work. On major infrastructure projects, such as the new metro line D or completion of the inner ring road, the efforts appear to be cautious, while promising greater momentum in project preparation. Regarding housing policies, the ideas appear to be confused between attempts to reduce the length of administrative procedures and direct intervention by the municipality on the market. 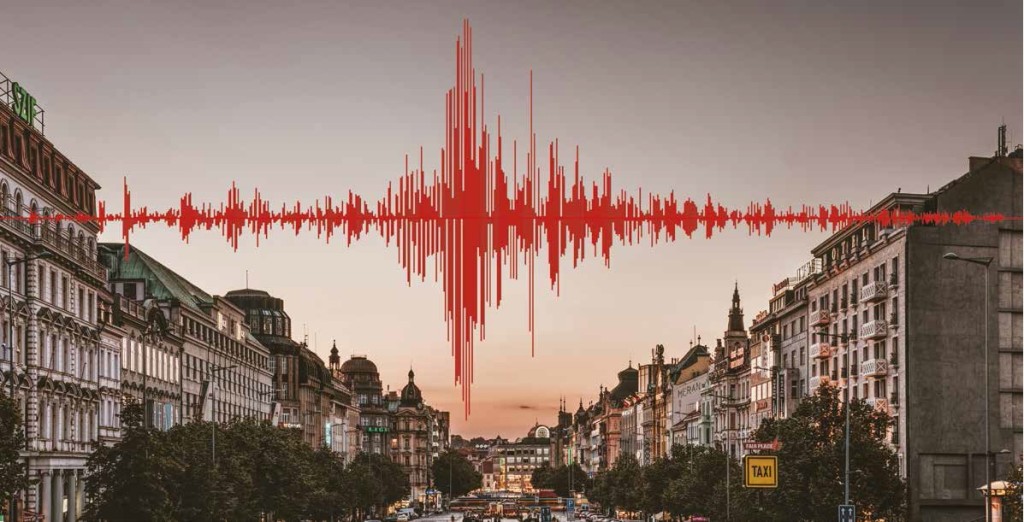 The profound change does not only concern the political referents but also the value of the orientations. The times in which the Prague electorate expressed its strong adherence to market values and personal and economic freedom through its votes, represented by the right-wing parties, are archived in the past. For years, the electorate of the capital has been crossed by new lines of political conflict. One of these concerns traffic, especially the issue of cars in the city, public transport or the presence of new vehicles, such as bicycles. Another line of conflict is the housing issue, which will not have an immediate resolution. On the one hand, the right insists on the old recipe for free market enterprise and the breaking down of the bureaucracy, leaving everything to the famous invisible hand, on the other hand the new forces have a greater focus on public intervention, such as council housing, support for cooperatives, the limitation of Airbnb (and similar platforms) and the renovation of vacant houses. The attention to urban planning and the management of spaces and common goods is also increasing, which by now a large part of the population considers essential for the achievement of their personal well-being.

This does not mean that the red star of a neocommunism has begun to shine over the Prague sky, as suggested by some Czech political observers. Prague, in terms of topics and political orientation, is approaching other European capitals and economic centers such as Berlin, Vienna, Paris, Milan, London or Barcelona. Moreover, this political evolution is quite observable also in other metropolises of central and eastern Europe, which seem to have definitively come out of the first post-communist era, characterized by a very naive right-wing liberalism. As often emphasized by the critical (and Marxist) geography, this specific political orientation of the large centers towards the liberal center-left is to a large extent the result of the integration of the metropolis in the massive flows of globalized capital. A political price of this success is the progressive estrangement of capital towards the rest of the country. A feeling that in the case of Prague has lasted for many years.

The results of the Prague elections, and the possible results of the new junta, could change the national political situation. Many people wonder. The electoral form of Prague is unique: what works in Prague is usually not directly exportable nationwide. A direct message however has arrived to Andrej Babiš, who has spent an unparalleled sum on his electoral campaign in the capital; the urban electorate of the center-right is progressively moving away from the ANO movement, pushed away not only by the judicial troubles of the leader but also by the political line of the government which is too damaged regarding themes of the traditional left. Symptoms of this malaise also came from the mayor of Ostrava Tomáš Macura, the only one of the mayors of the triad of large cities to have remained in the saddle. To keep the preferences over thirty percent, the Prime Minister has found himself at a crossroads between attempting to regain this electorate or try to plunder the last reservations of votes of the parties of the traditional left currently in bad health, but also of the SPD of Tomio Okamura. In the second case, ANO would become an anti-Prague party with all the related consequences.