At the beginning of the year, as well as the re-codification of the civil law, yet another important innovation was introduced into the Czech legal system: Law 304/2013 on public registers of legal entities and natural persons (thereafter referred to as “Public records law”), that also entered into force on 1st January, 2014.

The purpose of this law is to simplify peoples’ lives, especially for those who are involved in business, but is intended also to guide consumers who may wish to undertake legal relations with these individuals and seek information about them. The hitherto fragmented system of registers, especially the most important one regarding enterprises, regulated by the now abolished Commercial Code of 1991, has thus now been unified and reorganized. 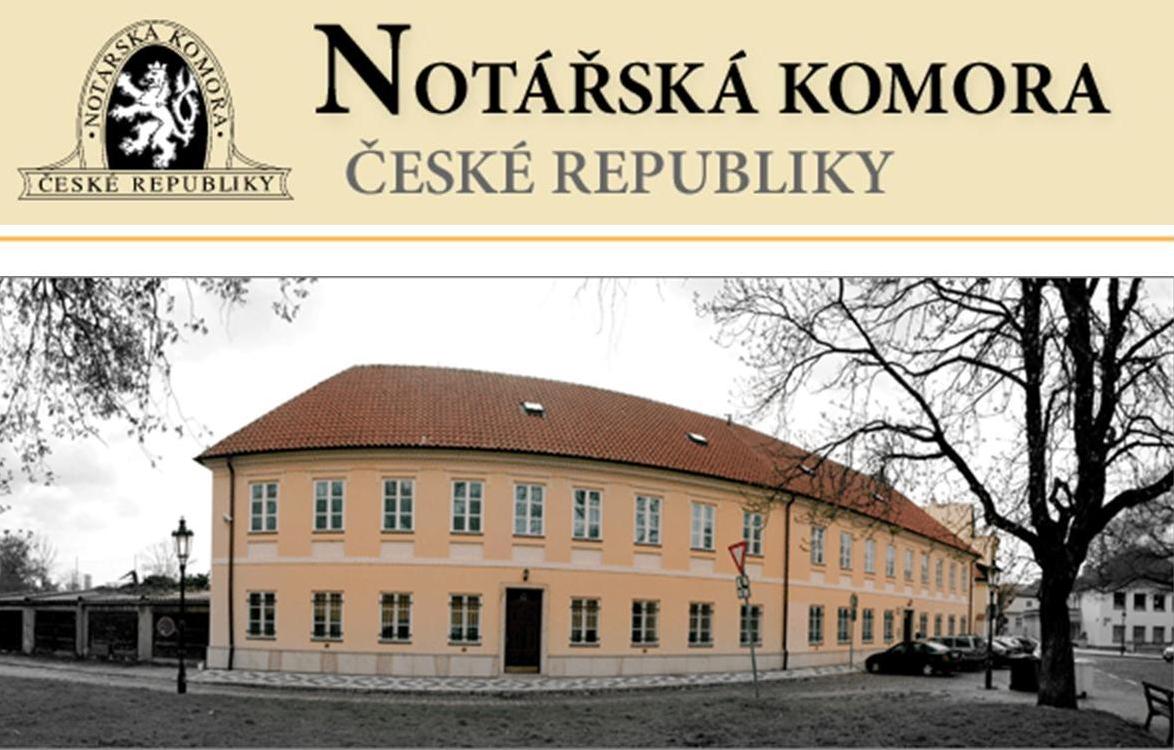 One of the most important innovations to the Czech Republic legal system, even if in the Italian legal institutions it is a well-known practice, is the possibility for a notary to take on this task and do the registration in place of the applicant, thus avoiding loss of time to carry out the necessary bureaucratic processes. The notary performs this registration on the basis of a notarized document, certifying that the legal act in question complies with the rules, and that it is accompanied by all the documents required by law. Notarial acts have to be drafted by the same notary, otherwise it will not be possible to proceed “directly” by notary registration. However, nothing hinders the applicant from following the foreseen “normal” legal procedure.

Such a change, however, also involves complications and currently it is not possible to take advantage of this simplified procedure, because the Ministry of Justice of the Czech Republic is still working on the analysis and modification of the data processing system. The estimated time required by the Notarial Chamber of the Czech Republic to update and conform system is approximately 7-9 months, and the introduction of the final version has been scheduled for August 2014. Until that date, we will have to use the old system of registration by means of public registers.

However, direct registration by means of a notary is not the only novelty that has been introduced by the Law on public records. Another important change is for example the possibility to do the registration in digital form, not only in writing as was done in the past. Such a proposal must either be signed with a recognized electronic signature, or sent via electronic mail (databox) which belongs to those who want to submit the proposal. Both the introduction of the electronic system, through which it is possible to present proposals for the admission, as well as the admission by means of a notary (which, as we previously mentioned is still under development), should lead above all to a reduction of periods in registration of bureaucratic procedures.

There are also changes to the obligatory data to has to be registered, when, for example, it will be no longer necessary to enter the sales agreement of the share of the limited liability company or the contract of sale of the company. On the other hand there are also some new features, such as the possibility of registering optional data, provided that such data are of particular interest, that they contain legal information and are not used solely for advertising purposes. One last interesting feature is the fact that such registered data may be made inaccessible to the public. This provision was introduced particularly to protect the safeness of the people who are active especially in the non-profitable part of the sector which is engaged in the various manifestations of violence and intolerance.