The non-profit organization world in the Czech Republic: from bedrock of democratic life to the target of the media and politicians

The Velvet Revolution was driven and supported by those groups which are usually referred to as civil society (a perhaps slightly impolite term towards all others). Citizens interested in the common good who engage outside parties and institutional politics. The Charta77 was an illustrious son of this family. On the thirtieth anniversary, it would be logical to assume that non-governmental and non-profit organizations would live with the acceptance and respect of a world they helped to create, and yet, Czech civil society is often under attack from politicians and the media. If on the one hand, it is rooted in the country, on the other its image in public opinion is getting worse. The wave of populism that has shaken European societies is felt strongly. Over one hundred and twenty thousand registered associations, in addition to 2810 relief societies, 1017 institutes, 556 foundations, 2017 development funds, 4138 ecclesiastical organizations. The future of the sector is at a crossroads: on the one hand its organizational strength indicates success, being active and influential; on the other the steamroller of the populist right will flatten it under the heels of nationalism.

A charm in decline

The preamble of the Constitution, which came into force in 1993, thus reflects the new Czech Republic: “…as a free and democratic state founded on respect for human rights and on the principles of civic society…” The idea was precisely to make it a founding stone of the new country. However, as early as the mid-1990s, associationism became one of the many points of conflict between the intellectual Václav Havel and the ultraliberal Václav Klaus. Its champion and therefore supporter the former, while the latter opponent in principle. “If they want to do politics, they should register themselves as a party”, was the summary from Klaus, who saw any intermediate body in the State as an obstacle to the free market. The battle of the Václavs has long been a mirror of Czech politics, which today chooses the right-wing solution. “During his campaign, Zeman attacked CSOs helping migrants. Other government representatives accused CSOs of being parasites or enemies of the state. CSOs were also the targets of threats and accusations on social media”, is a ruthless paragraph of the last annual report of the USAID (the US agency for international development) on the situation of civil society in the countries of the former socialist Europe. Published in September 2019, we find the signal of the disaffection of the country”. The term “nonprofit” evokes negative feelings of dishonesty in society”, the report states. 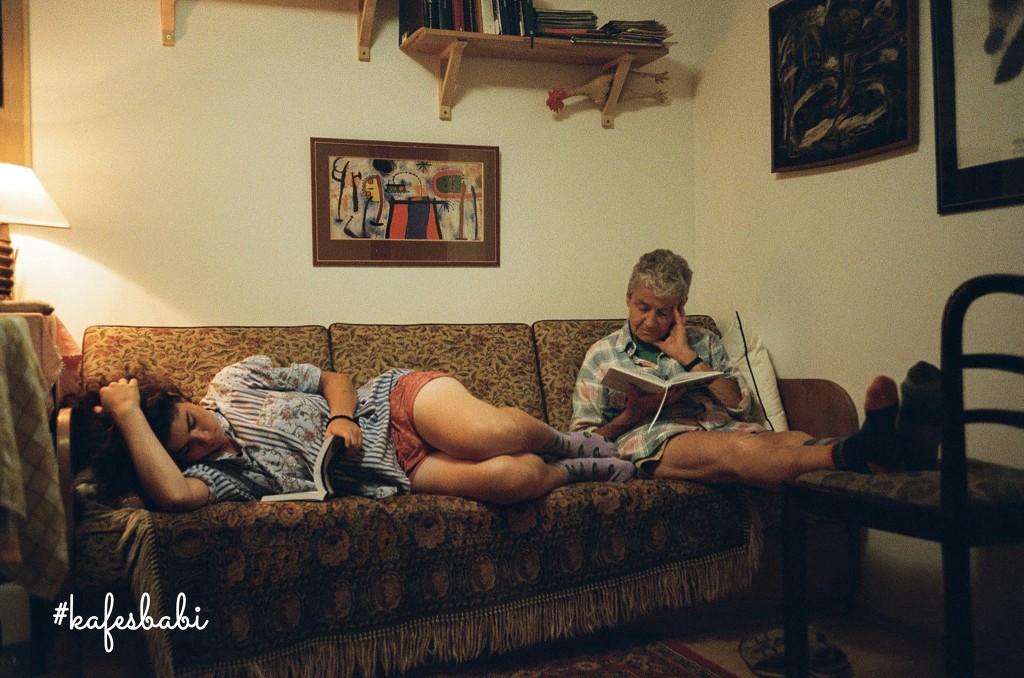 The very same publication reminds us that society is divided. Attention to animals, to decorum and care for the elderly, are very popular activities, whereas negativity and antagonism are aimed towards organizations that help migrants, refugees and minorities. We will return to the topic later. For a happy example we meet Anna Košlerová, of the #kafesbabi campaign, the hashtag is necessary, due to its origin on social networks. “It translates into “a coffee with grandmother” and it is simply this, it is a campaign to develop dialogue between the generations, prevent loneliness in the elderly, encourage young people to take their eyes off the phone and do something for their loved ones”. An idea that came in 2016 to two friends who launched the hashtag on Instagram; when a marketing agency promoted a competition to reward three “altruistic” ideas, #kafesbabi was selected and enjoyed great visibility. “I think the Czechs are very unselfish”, says Anna, “but you should not ask for too much time or effort. If they can donate something quickly and easily, they do it willingly. Here we try to ask the opposite: we don’t want money, we want be dedicated some time”. A simple, positive, apolitical message, in a term that Anna consciously uses: “uncontroversial”. She knows well that her work is usually appreciated, even if dark clouds arrive in the form of online comments, with the usual ones: who pays you, who is behind you, why “grandmother” and not “grandfather”? The public’s skepticism increases with the growth of projects. “I think this society has a problem with trust, and this comes from the socialist past, when not only did we not trust the state but not even our neighbors. In some ways it is understandable. But I also think that this country would fall to pieces if it were not for non-profit organizations. Food safety, education, care for the marginalized, would not exist in the same way”.

Tomáš Jungwirth is a researcher at the Asociace pro mezinárodní otázky (Association for International Affairs) and coordinator of the Centrum pro dopravu a energetiku (Center for Transport and Energy), two different non-profit organizations. In the past, however, he worked in the coordination of the Czech associations to help migrants and refugees, and is consequently, a target in the hate campaign. “The lowest point in my opinion was reached in 2016-2017, in the midst of the migration crisis. It seems to me that the situation is already improving, but we are certainly not at the level of ten years ago…” Tomáš reflects. “Insults and, sometimes, threats, have certainly arrived to me. But others got it worse. My female colleagues, for example, have received much more hatred than me. Women working in this sector are continually subjected to sexist insults, threats of violence and the worst imaginable. And since the police tends not to take into account the crimes of “hate speech”, there is no deterrence to stop insults and verbal aggression”. Once the situation is put into context however, it is a must to ask ourselves who benefits from criticizing the civil society? For Tomáš the answer is not simple. “Unlike Hungary and Poland our government is guided more by economic interests than by ideologies of sorts. I do not think that Babiš is interested in destroying civil society, and he is shrewd enough to recognize our organizational capacity”, and perhaps this is one of the reasons for the attacks “because today we have a certain power, more than in the past, despite the fact that the symbolism has been lost”. Tomáš, however, displays more submissive tones on current politics, even in parliament, although there are no major supporters, it is possible to find interlocutors, MPs of the major parties, even among ANO. Apart from the migrant issue, of course, where the parties flee from any openly declared support, with the exception of the small Green party, now out of Parliament, the “Extremism Report in 2017” published by the Czech Ministry of the Interior confirmed that “populist anti-immigration and anti-Muslim groups began to take over the space formerly occupied by traditional right-wing extremist groups. They successfully adopted extremist rhetoric. Just like extremists, they used manipulative campaigns and contributed to creating an atmosphere of fear and to a polarising society. They fostered the spread of hateful opinions even among the wider public.

The “uncivilized” wave in Europe

On November 13, 2019, the Russian Foreign Ministry announced that Člověk v tísni was included in the list of undesirable organizations and therefore its presence in Russia was banned. Člověk v tísni, known worldwide in its English translation People in Need, is the most important Czech NGO and among the largest in Central Europe, founded in 1992 by Šimon Pánek, who uncoincidentally was among the student leaders of 1989. He thus commented the news on the national radio. “We consider it a reward for the ten years of hard work we have been doing in Russia to support civil society. We seem to have been doing meaningful work and that is why they put us on that list”. The expulsion of the organization is of no surprise, neither for today’s Russia, nor for today’s Europe – an example is the Hungary of Viktor Orbán, center of the anti-NGO hysteria, where a non-profit organization has to pay a special 25% tax if it wants to address migration-related issues. Political developments on the international scene have an important influence on Czech society, including the countries of the Mediterranean area where hatred of sea rescue has continuously fed right-wing and populist parties. Going back to Tomáš, “The Hungarian example, the Polish example, in some ways also what happens in Italy are dangerous images that show how easy and possible escalation is, from an environment that is barely or moderately hostile to becoming defined enemies of the State, to the point of risking the confiscation of property and jail. We are at a crossroads, no catastrophe will happen, but it is better to prepare nevertheless…” It reminds us of the famous pessimism of the intellect, optimism of the will.