Home  »  Current Affairs   »   On the trail of the victorious February

On the trail of the victorious February

A portrait of how communists took power 70 years ago, told while walking in the capital 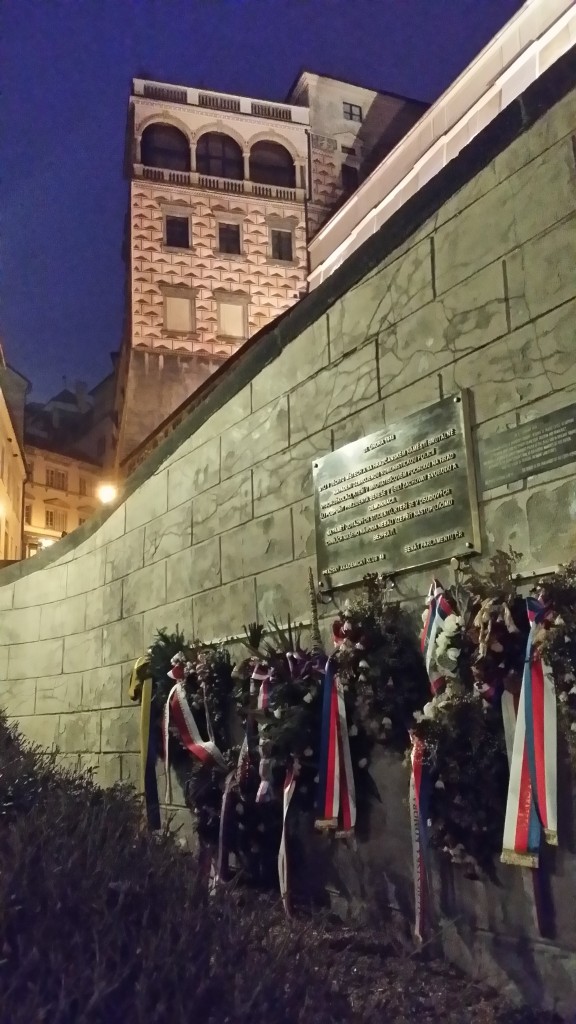 In the middle of the tourist Prague, just below the square of the castle, on February 25, 2018 a plaque, usually neglected by the selfie sticks of the international public, was surrounded by flowers. Just before where Nerudova street becomes a staircase, the plaque on the wall is placed to commemorate the university students in Prague, who at the end of February 1948, demonstrated in the streets before meeting with batons and repression. Exactly 70 years ago, Czechoslovakia slid towards the so-called dictatorship of the proletariat, or more concretely, towards the authoritarian regime of the Czechoslovak Communist Party: the beginning of four obsessive decades of closure.

Walking through the capital it is easy to tell the story of the “victorious February” (the name from a communist dictation), because it finds its voice in its symbolic places. However, first of all, a bit of history.

The May of 1945 left the ashes of the war to settle with much difficulty in Czechoslovakia. If it is true that Europe was divided in Yalta, Prague remained the only capital under Soviet influence with a parliamentary pluralism. On one hand, the supporters of liberal democracy, on the other the communist party. If the former had the tragic end of the First Republic and the betrayal of the West with the Munich Agreement behind them, the latter boasted the support of the first moral winner of the war.

Thanks to these incentives, the Communist Party won the 1946 elections, with a total of just under 40% of the votes, and its prominent exponent Klement Gottwald became Prime Minister. He presided over a broad coalition, whose major ministries were in the hands of the Communists, except for Czernín Palace, the historic headquarters of foreign affairs; where Jan Masaryk sat, the son of Tomáš Garrigue Masaryk, the founding father and first President of the country.

President Edvard Beneš, a democrat, hoped to make Prague a bridge between the East and West, but he knew he was treading a fine line, always being careful not to unnerve the Soviet ally. At first the idea of a parliamentary victory appeared, in the eyes of Moscow, as a golden opportunity towards the rest of Europe. However, if the victory appeared to be sweet, the defeat would not have been taken in the fairest manner. In 1947 Czechoslovakia went through a difficult period. It suffered a severe drought, farmers challenged plans for collectivization, international aid was in short supply, and Prague rejected the idea of that Marshall Plan that was forecast overseas: the communists were losing consensus. So in September the party secretary Rudolf Slanský was taken apart by Stalin during the first meeting of Cominform, in the unpronounceable Polish town of Szklarska Poręba: it was necessary to change tactics. The Ram’s head was the interior minister Václav Nosek, who shamelessly began to place more judiciary power in the hands of the Communists. From the archives we know to the minute detail also how 40 agents of the Soviet NKVD, the security body from which the phantom KGB was born, arrived in Prague at the beginning of February, with 23 staying at the Hotel Flora and 16 at the Hotel Steiner. It was a manoeuvre by Minister Nosek, to go ahead with the purge of eight non-communist police officers – the last straw. On February 17, 1948, the crisis broke out: trusting in Beneš’s ability to dissolve the government, twelve non-communist ministers threatened to resign if Nosek reverse his decision; something that did not occur, and the ministers resigned en masse on the 20th. The situation was very complex, and Gottwald, through the demonstrations in the country, suggested the threat of an open civil conflict.

To shift the balance of power, the small social-democratic party sided with the communists, in exchange for minor government roles. The ministers who rebelled relied on Beneš, but on the 25th the latter capitulated and agreed to offer the Communists the seats of those who resigned. Within a few hours, Prague’s parliamentary democracy became a popular republic on the Eastern model. On February 26, 1948, the Corriere della Sera featured the headline: Beneš bows his head to the communist ultimatum. The fatal epilogue of a crisis maneuvered from the square…

A starting point for a walk through ‘48 is Old Town Square. A few metres from the stern stare of Jan Hus stands the Kinský Palace, an elegant building in Baroque style, which today is one of the many sites of the National Gallery. Here where once Franz Kafka’s father had a tailor shop, on the 25th of February of that fateful year the Prime Minister Gottwald appeared from the balcony of the first floor to harangue the crowd: Communism had prevailed. The photographs of the moment frame the politician, with his broad face between a snowy jacket and a woolen cap. Here is a story in the story, with which Milan Kundera begins his Book of Laughter and Forgetting. “Gottwald was surrounded by his companies, right next to him there was Clementis, the snow was falling, it was cold and Gottwald was bareheaded. Clementis, thoughtful, took off his fur cap and put it on Gottwald’s head [...] Four years later Clementis was accused of treason and hanged. The propaganda section immediately erased him from history and, of course, from all photographs. Only the cap remained from Clementis”. A regime-style digression.

From Staroměstské náměstí we headed towards the castle. To do so, you have to reach and cross Charles Bridge, and here the force of imagination is necessary: by changing the clothes of every tourist, and dressing them up in the spartan uniforms of the popular militia (a long grey coat, side cap and shotgun on the shoulder), one could grasp an idea of how were those days, in which the paramilitary arm of the party made its presence felt. Having been born to maintain order at the end of the war, the communist patrols increased the tension of February, or galvanized its supporters, depending on the point of view. And dwelling on the points of view is important: if today we rightly remember the victims of the regime (248 executed as enemies of the state, 347 killed while trying to escape from the country, plus the thousands of prisoners and tens of thousands – at least 200,000, they found political asylum abroad), they are usually less inclined to remember the enthusiasm, soon betrayed, for the communist movement. The British Labour MP Richard Crossman, in those days in Prague, sent a dispatch to the party in London, in which he analyzed the situation and emphasized, “against this demonstration of Left solidarity, a few hundred students of Prague University were the only people who dared to make a public protest. In no other town could I learn of any form of organised counter-demonstration. According to politics and class, the Czech people accepted the February revolution either with proletarian enthusiasm or with the hypnotised rigor of a rabbit facing a stoat”.

Students ended up being brutally beaten on the streets of Malá Strana. The clashes left two dead and four wounded, and above all, a great silence to follow. This is the episode told by the plaque on Nerudova, on our journey that has now reached Hradčany.

When you reach the castle square, turn left onto Loretánská, to get in front of the Czernín Palace. The statue of Edvard Beneš welcomes us in the front square, with folded arms, a serious, almost worried look. In the years Beneš gathered more shame than praise, both for the signature on the anti-German decrees, and for the management of the ‘48 crisis. His compatriot and historian of a certain prestige, Professor Igor Lukeš of Boston University, interviewed by Český rozhlas has minimized his figure to that of the usual Czech without grit, incapable of heroic or dramatic actions; “If it was a Pole, for example, things would have been different, but Beneš was what he was”. A harsh judgment, for the politician who had already suffered two heart attacks before February, and who died a few months later.

His heavy profile stands out against the background of the three floors of the baroque palace. The maximum number of floors is an important detail, since from that height Jan Masaryk fell mysteriously to his death on the morning of March 10, 1948. The truth, whether suicide or political murder, was unknown for a long time, but the widespread doubts had led to the event being renamed as “the fourth defenestration of Prague”. To corroborate the popular version of the murder a necroscopic examination of the Czech police, in 2004, established that at least one other person was involved in the tragic moment. The funeral was a mass event; a sad greeting to a bygone era. Today an advertisement of the Prague film festival, coincidental but totally inappropriate, creates a grotesque scene right under the building. On the poster a man flies, sprawling, in the air. 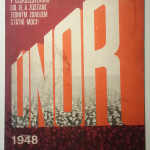 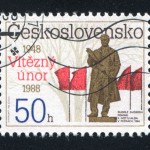 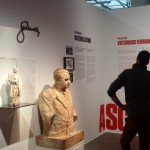 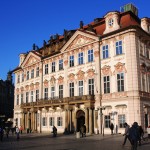 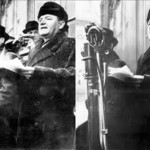 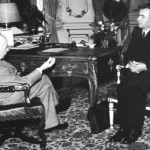 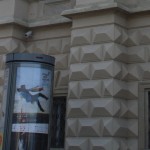 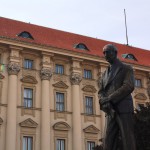