The Human Safety Net is expanding in the Czech Republic

The Human Safety Net is a movement of people helping others, an “aid chain”. Those being helped, one day could help others… This will create an aid chain that will spread throughout the world. Every person has the right to improve their living conditions by being able to sustain themselves and their families. On this basis, the initiative of the Foundation – which is part of the Generali Group – aims to unlock the potential of disadvantaged people. It’s already functional in more than 20 countries, including the Czech Republic. More precisely, the program for improving child birth conditions is promoted in Czech Republic, especially the early diagnosis of a terrible disease, neonatal asphyxia. 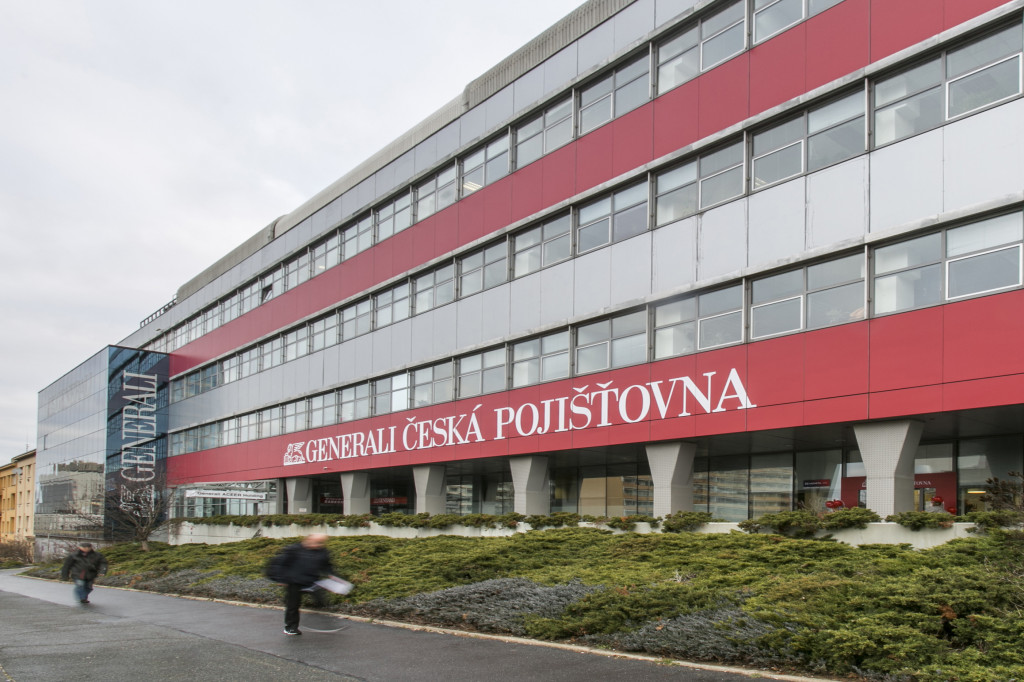 What is neonatal asphyxia?

Neonatal asphyxia occurs when the child’s oxygen supply decreases shortly after delivery. This can cause irreversible damage such as infantile cerebral palsy or even death. Every year, in Europe alone, this pathology affects more than 30,000 newborns and kills 5,000 of them, causing permanent disability for others. In the Czech Republic, the numbers change a bit: 113,000 children are born every year and up to 400 of them suffer from perinatal asphyxia. More than 15% of the children with these complications subsequently die. Therefore, an early diagnosis of the disease, the help of qualified medical staff and a high standard medical technology are essential. With this program active in Poland, Hungary, Thailand, and, of course, Czech Republic, the Human Safety Net is committed to working with the medical community and parents to improve the prevention and the treatment of this disease. This is achieved mainly by providing a training for the health personnel and more information and resources for parents. Its purpose is to improve early diagnosis, as well as identifying technologies and procedures for the diagnosis and treatment by creating a network of doctors for the monitoring, analysis and intervention. Also, it aims at offering high quality devices to cool the babies and prevent damage to internal organs – currently the best treatment, but the most expensive one.

There are several specialized hospitals and clinics in Czech Republic where it is possible to prevent adverse consequences with the help of modern devices and the perfect competency of medical personnel. The Generali Group has partnered up with the U Apolináře obstetric clinic and its Vita et Futura Foundation. Doctor Václav Vobruba, head of the Intensive Care and Reanimation Unit of the pediatric clinic within the Faculty of Medicine, Charles University and the General University Hospital in Prague, underlines the importance of raising awareness among parents, so that they give birth in equipped hospital facilities: “In all developed countries, the number of children affected by this pathology is on average the same and fluctuates between 0.2 and 0.4%”. In the Czech Republic, it means that, from about 200 to 400 children that suffer from neonatal asphyxia, 15-20% of them die”.

Neonatal asphyxia attacks the only non-regenerable organ of the human body, the brain, therefore the medical personnel is forced to induce therapeutic hypothermia, lowering the central body temperature to 32-33°. If re-oxygenation doesn’t occur in the next six hours, the damage will be permanent and will lead to death or a terrible quality of life. It’s also possible to analyze the health of the fetus and the oxygenation, through cardiotocography, due to the heart beats.

Dr. Antonin Pařízek, head of the Perinatology Center of the Gynecology and Obstetrics Clinic of the First Faculty of Medicine with the Charles University and the General University Hospital in Prague, mentions that “the risk of neonatal asphyxia will never disappear” and it’s therefore appropriate to reach out to specialized centers, even because “resolving the asphyxia during labor depends on the speed and quality of the provided care”. 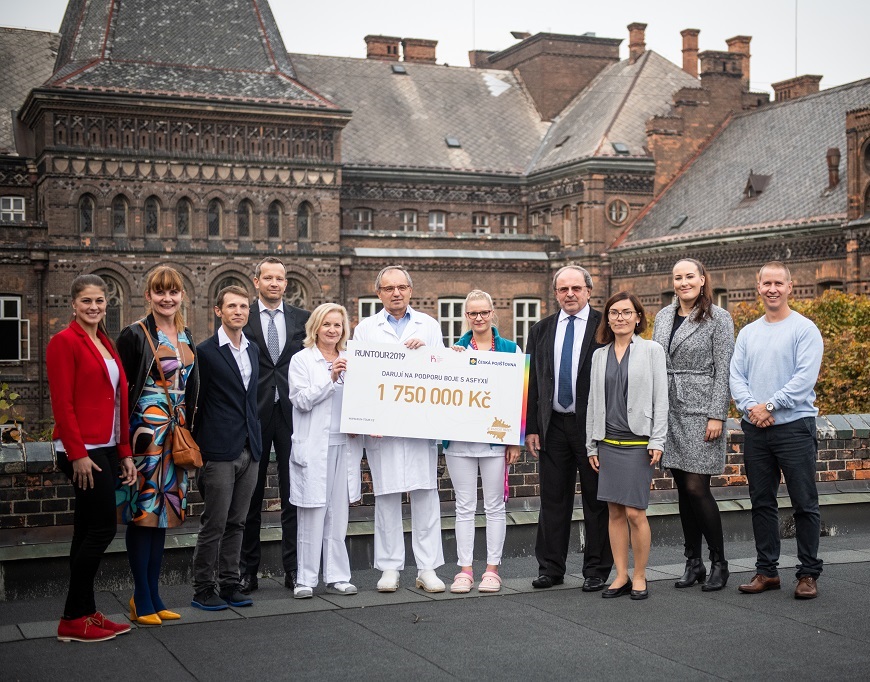 foto: The Generali Česká pojišťovna team and the Run Tour Running Race team deliver a donation of 1.75 million crowns to the staff and doctors of the U Apolináře Clinic

The Run Tour for funding

Last November, the Run Tour foot-racing event was dedicated to supporting the initiative of the Human Safety Net in Czech Republic: for every sold ticket 50 crowns were directed to the fight against neonatal asphyxia. The amount was almost doubled by the same insurance company, the main partner of the event, thanks to the Česká pojišťovna foundation, leading to a total of 1.75 million crowns. As part of the global initiative, specialized devices for asphyxia detection were purchased for the “U Apolináře” Clinic.

“Run Tour is not only a competition. The reason of its creation is encouraging people to move and in the same time raise awareness of what is happening around us. This year we donated for the fight against asphyxia”, explained Jan Dvořák, director of the event. Even Dr. Pařízek participated in the competition to support the cause and he was joined by Dr. Alois Martan, director of the Department of Gynecology and Obstetrics, who emphasized that this collaboration will improve the diagnosis process.