Tomáš Skuhravý, Bohemian genius and recklessness under the Lanterna

The story of Tomáš Skuhravý, the Czechoslovakian footballer who made the Genoa fans dream in the nineties

“With his goals you fly, give us a somersault, give us a somersault”. A scream, a deafening chorus that would be heard every Sunday at the Stadio Luigi Ferraris in Genoa, during the matches of Genoa C.F.C, the oldest football club in Italy. For six years this was the tribute to one of the greatest strikers in the history of the club: Tomáš Skuhravý. The incitement evoked the classic celebration with which the Czech striker delighted the crowds after a goal. A front flip that may have looked simple, but could not have been child’s play, considering the nearly 100 kilogram weight of the striker. An impressive physique, one metre ninety-three in height, covered by long hair and the look of a seventies musician that distinguished him on and off the field. Yes, because apart from his predatory instinct, Skuhravý is also remembered, for what is, to say the least, an exuberant character away from the green rectangle, frequently ending up on the newspaper pages for the wrong reasons. He was actually a well-known face in the sports section, but often found himself having to deal with justice due to a personality which was quite out of the ordinary. Decisive on the pitch, exuberant off it, Tomáš Skuhravý was the classic example of a “mixed blessing” player, capable of inciting a very warm public like Genoa’s thanks to his goals. Important finishes which led the “Griffon” to the forefront of Italian and European football.

Born in Přerov nad Labem, a small village 35 km from Prague, he began to smell the grass of the playing field in his hometown, wearing the shirts of TJ Sokol Přerov nad Labem. Sparta Prague, the most successful team of Czechoslovakia, soon became aware of him, gave him the necessary papers, and brought him to the capital. It was here where his rise began, and in 1982 at the young age of 17 he made his debut in the first team, gradually managing to become a symbol. In eight seasons in the maroon colours the results were not bad at all; he won five championships and three Czechoslovakian cups, totaling 55 goals in 113 matches.

However, it was the 1990 World Cup, played in Italy with the shirt of Czechoslovakia, which convinced the Genoa president Aldo Spinelli to write a cheque in order to acquire the services of the player. Skuhravý scored five goals in Italy ‘90, narrowly missing out on the top scorer title, just behind the home favorite Toto Schillaci. The Czechoslovak dream shattered against Germany in the quarterfinals, while Skuhravý’s began right there, with his imminent arrival on the Rossoblu (Red-blue) side of Genoa.

The transfer figures were never clearly defined, but it was certain that the new Genoa of Bagnoli had added a very important weapon to its arsenal. From the very beginning, a special relationship was established between the Bohemian and the fans by a strange quirk of fate: the footballer and the Griffin were linked with a date of birth which for both was September the 7th. A coincidence that cannot be defined as such. Genoa and Skuhravý were destined to meet in order to reach greatness together. The striker, born in 1965, soon made his way into the hearts of fans thanks to his lively personality, which made his years in the city of the “Lanterna” (Lighthouse) stand out. In his first two seasons in the red and blue colours, Skuhravý formed a well-matched partnership with fellow forward Pato Aguilera, and while the Czechoslovakian, thanks to his physique was powerful and implacable, the Uruguayan slipped between opposing defenses thanks to his “elf-like” abilities being small and fast. What were Aguilera and Skuhravý for the fans of Genoa? Two heroes! Thanks to their goals the rossoblù achieved historical results both nationally and internationally such as the victory at Anfield in Liverpool, the first by an Italian club, or that famous 20th of January 1991, when just a goal from the Czech striker gave the victory to the “Grifone” at the ground of Juventus. “That year we feared no one”, Skuhravý still says. A season to remember also on a personal level, since he won the title of “Best Czechoslovak player of the year, in 1991”. On the pitch, Skuhravý was a great leader. “I was like this, even with one leg I would never accept defeat…” he also said recently.

The following season, Genoa even reached the semifinals of the UEFA Cup, where they had to surrender to the superiority of Ajax at the end of a memorable journey that saw the Rossoblu overcome the likes of Real Oviedo, Dinamo Bucharest, Steaua Bucharest and Liverpool. The season ended with a disappointing fourteenth place, one step away from relegation, while the next one began with Skuhravý in the headlines for events completely unrelated to sports. On the dawn of November 9, 1993, the White Mitsubishi 3000 of the Czech striker went off-road and ended up on the edge of a cliff overlooking the sea near Celle Ligure. The footballer, miraculously unscathed despite the destroyed car, then claimed to have gone out to buy medicine for his pregnant wife (but the only night pharmacy of Savona didn’t want to confirm the story). A version far from the official one actually described a night in the disco to celebrate his first goal of the season. The third accident (and third car smashed up) in just over three years! The player remained at the services of the club from Genoa until 1996, when with 163 presences and 58 goals scored he decided to leave the Belpaese to wear the colours of Sporting Lisbon. In Portugal he racked up just four appearances without making his mark, before finally hanging up his boots in his homeland in the shirt of Viktoria Žižkov.

Skuhravý has remained very tied to Italy, and immediately after his retirement he moved to Varazze, in the province of Savona, where he still lives with his family. Despite the passing years, the unpredictable personality remains intact, as demonstrated by the recent conviction of fraud against a car rental company in his home country. Skuhravý had planned to rent a Mercedes worth about 80,000 Euros and then hand it over to an accomplice, who would then have to deal with changing the identification numbers and sell it, while he would have to stage a fake robbery. His plan was discovered and foiled by the Czech police. Having already been involved in previous cases of theft of luxury cars in the Czech Republic and Germany, Skuhravý was sentenced to two years probation, but thanks to the amnesty granted by President Václav Klaus in 2012 to allow prisons to be emptied he managed to get away. Today he runs a restaurant he owns himself and often works as a commentator for local television Telenord, waiting for the next “header”, another surprise in his reckless life. The life of a rebellious boy, who just as he did on the pitch, strongly disliked classic game plans, and to put it mildly, often prefered to leave space to unpredictability. 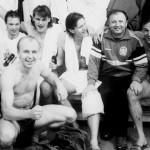 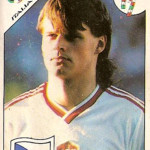 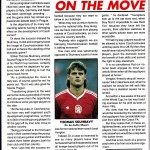 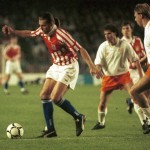 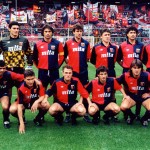 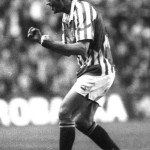