From the former Czechoslovakia to today’s Czech Republic: the director, through her camera lens, continues to be a reliable source of the reality of this country

During a retrospective at the IDFA, the International Documentary Film Festival of Amsterdam, the world’s largest documentary festival, director Orwa Nyrabia presented her with the following words: “for me, Helen – undoubtedly – is one of the greatest living documentary filmmakers. But she is not recognized as such in most of the world, which I think is a great example of how chauvinist our industry is”.

Whether it is a shareable analysis or not, we can argue, but there is no doubt that the Prague-born director is among the most important figures in her country’s cultural and even political environment. Meanwhile, however, we ask ourselves: what are the traits that distinguish her cinema from colleagues of her generation and above all why did it take so long for her to achieve international fame?

One could argue that the style of Helena Třeštíková’s documentaries was born almost due to a need to fill a void in the Czechoslovakian cinema of the 70s. They were the years of normalization, in which the oppressive atmosphere also contaminated the cinematographic field, to the extent of making the production of feature films dealing with social issues even more problematic. The hurdles that prevented filmmakers from telling the story of their country pushed more directors towards the genre of documentary film. It was from this particular context which the figure of Helena Třeštíková emerged, a director and teacher from Prague born in 1949, who in 1975 graduated from the FAMU (the legendary School of Film and Television of the Academy of Performing Arts in Prague), and made her directorial debut with the short film Zázrak (the Miracle). The documentary, which follows the pregnancy of a young Czech woman until a few days after the birth of the child, was the first in a series of works that documented the lives of ordinary people, often over many years. 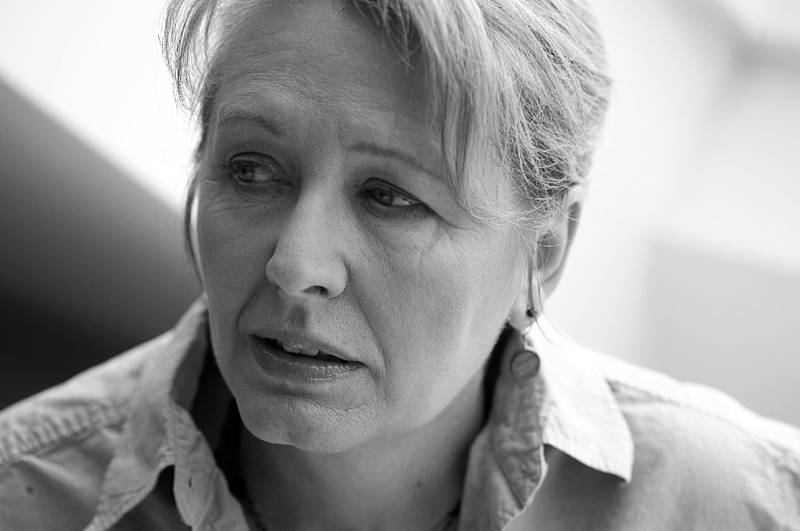 When explaining her artistic background, the filmmaker has always defined herself as a product of the sixties, much influenced by the Československá nová vlna (the famous “New wave” of that period) and with an interest mainly focused on the daily life of the average Czech citizen. In an interview with the American film magazine Variety during the IDFA last November, while explaining her preference for documentaries, the director stated that life writes scripts better than any writer can and that her method is to collect anecdotes from everyday life and then use them to build stories. However, one of the most influential figures for the Bohemian filmmaker was a screenwriter, Cesare Zavattini, the theorist behind many masterpieces of Italian neorealism. During a 2010 interview for the Trieste Film Festival (largely devoted to Central and Eastern European cinema), the director quoted a sentence from the great collaborator of Vittorio de Sica: “a film we should shoot day by day, just like we brush our teeth”. With this philosophy in mind, Třeštíková has been making “long-term observation” films for almost forty years.

It was the opera Manželské etudy (Marriage Studies, 1980–1987) that brought the director, almost more than any other filmmaker, closer to Zavattini’s ideals. This is a project that began in 1980, when the documentarian sought six young couples to record their lives over the course of 5-6 years following their marriages. Almost unintentionally, her subjects represented a cross-section of society and the results were then presented in a series of documentaries. The film crew visited the couples periodically, recording their difficulties, their hardships, their dreams and in many cases divorces and reconciliations. In 1999, the director returned to the subject to follow the couples for another six years and finally made six feature films using both new material and that of the first seven years, forming a very personal testimony of the years of normalization and adaptation to capitalism. The way in which she succeeds in documenting social and psychological realities also highlights the limits of traditional fiction cinema, especially in a period in which few realist films came out.

Yet the ability of the director to find and touch upon sensitive issues in her homeland is also noteworthy. In 1991, she established the Film and Sociology Foundation (Nadace Film a sociologie), whose purpose was to present new perspectives of society following the major political changes of the time. Among the works of the period we recall Řekni mi něco o sobě (Tell me about yourself, 1994), a cycle dedicated to the theme of juvenile delinquency.

Also in 1994, alongside her husband Michael Třeštík, she created Nadace Člověk a čas (Foundation of Man and Time), specializing in “long-term observations” that reflected the passage of time and its consequences.

In 2001, she finished shooting Ženy na přelomu tisíciletí (Women at the turn of the millennium) which portrayed characters such as the opera singer Dagmar Pecková, singer Bára Basiková, and a young drug addict, Katka. Drug addiction, among many things, is a recurring theme in Třeštíková’s filmography, as also shown in Mallory (2015). This work follows the troubled path of a young mother with a heroin addict, who decides to change her life. The protagonist will be forced to live in a car, face the failed social services system, meet the wrong men, and all this while only looking for a better life for herself and her child.

A multitude of awards have been won by Třeštíková over her career, including four at the Karlovy Vary Festival and a European Film Award for Best Documentary with René (2008), one of her masterpieces, which scrutinizes the life of a prisoner who repeatedly ends up in and out of jail over a 20-year period.

If on the one hand her commitment to capture the everyday life of ordinary Czech people, and describe little-known realities abroad, has kept her in the shadows for years at international level, on the other hand it is true that the various awards have recently begun to attract the attention of the foreign film critics.

The great attention she always gave to politics led her, in 2007, even to lead the Ministry of Culture, as an independent, in the Topolánek government, a position she left after just two weeks. Despite the end to this brief experience, today however she continues to be very active in political life.

But after years of analyzing the state of her country, both socially and politically, how does she see her countrymen today? In a recent interview, Třeštíková replied: “It is a difficult topic. We are certainly influenced by the fact that we live in the center of Europe, a historically particular and almost never quiet area. People are used to feeling oppressed, and today they blame the European Union, which seems completely absurd to me”.

Although she is approaching the age of 70, the teacher still seems to have stories to tell, as indicated by the release of Manželské etudy po 35 letech, on TV last year. But even if she decides to stop, she will be able maintain leaving a deep mark on Czech cinema.

Her artistic heir could actually be her daughter, the documentary filmmaker Hana Třeštíková, whose Manželské etudy: Nová generace, the sequel to the popular project of the mother, can be seen on cinema screens this very month.

For now however, it is certainly unclear whether Hana’s future really lies behind the camera, or in politics, being already a city councilor in Prague.

If she were to continue to dedicate herself to her mother’s profession, we are certain that she would guarantee the survival of a certain Cinéma vérité, able to depict the Czech Republic in a way in which nowadays we see too rarely.