Home  »  Economy and Market   »   Tourism and coronavirus: what happens and changes now in the Czech Republic

Tourism and coronavirus: what happens and changes now in the Czech Republic

After the complete closure in the spring months, hotels and restaurants in the Czech Republic hoped to return to normality. Yet, a lack of arrivals from abroad and criticism of overtourism mean the restart is an upward battle
The heaviest numbers are expected for the second quarter, for which collapses are expected to be between 80 and 90 percent

“This summer seems to be somewhat unfortunate to me”. Vladislav Vančura’s famous line from the novel Summer of Caprice effectively summarizes the mood of many Czech tour operators. At this start of the holiday season, not only the rain and the cool temperatures have taken a toll, but particularly all the losses caused by the Covid-19 epidemic.

The impact of Coronavirus was evident already from the data of the first quarter, when the main measures had just been adopted. The first restrictions were made between February and March, while hotels and restaurants were closed on March 12, with very few exceptions. The latter only in late May started to be able to reopen. In the first quarter, the number of arrivals had already dropped by about 23 percent, with an even greater drop in foreign arrivals. Prague was particularly affected along with the regions of South Bohemia and South Moravia. The heaviest numbers are expected for the second quarter, for which collapses are expected to be between 80 and 90 percent.

The situation did not improve even after June 15, when the Czech Republic reopened its doors to tourists from practically all EU countries. Flows have remained far from the seasonal averages of recent years. The impression, when wandering around the areas and paths most trodden upon by foreign tourism, such as the centre of Prague or Český Krumlov, is also confirmed by the figures from the Association of hotels and restaurants in the Czech Republic. As declared by the head of the association Václav Stárek, to the Právo newspaper, the occupancy rate of hotel rooms in the capital is around 10 percent, which in his opinion should not vary even in the summer months.

Many operators, for example the restaurateurs oriented, in part or entirely, towards foreign visitors, fear a further collapse in takings in July and August, when the capital is emptied due to summer holidays. Even high-end establishments, such as those possessing stars, have simplified their menus and reduced prices hoping to attract domestic gourmets.

The outlook is slightly more positive outside Prague. “We expect that in the summer the facilities could be sixty percent occupied”, estimates Václav Stárek referring to hotels outside major cities. The government and, above all, local authorities are pushing to promote the beauty of the Czech Republic.

Between June and July, various initiatives aimed at domestic visitors multiplied with incentive and discount programs launched by regional administrations and the main Czech cities. The first encouraging signs arrived on the first long weekend in July with rivers and cycle paths that filled up again thanks to outdoor enthusiasts.

Several polls have shown that the Czechs’ propensity to dedicate their holidays to domestic tourism is quite high, up to 90 percent. But a complete sellout still seems to be a mirage. 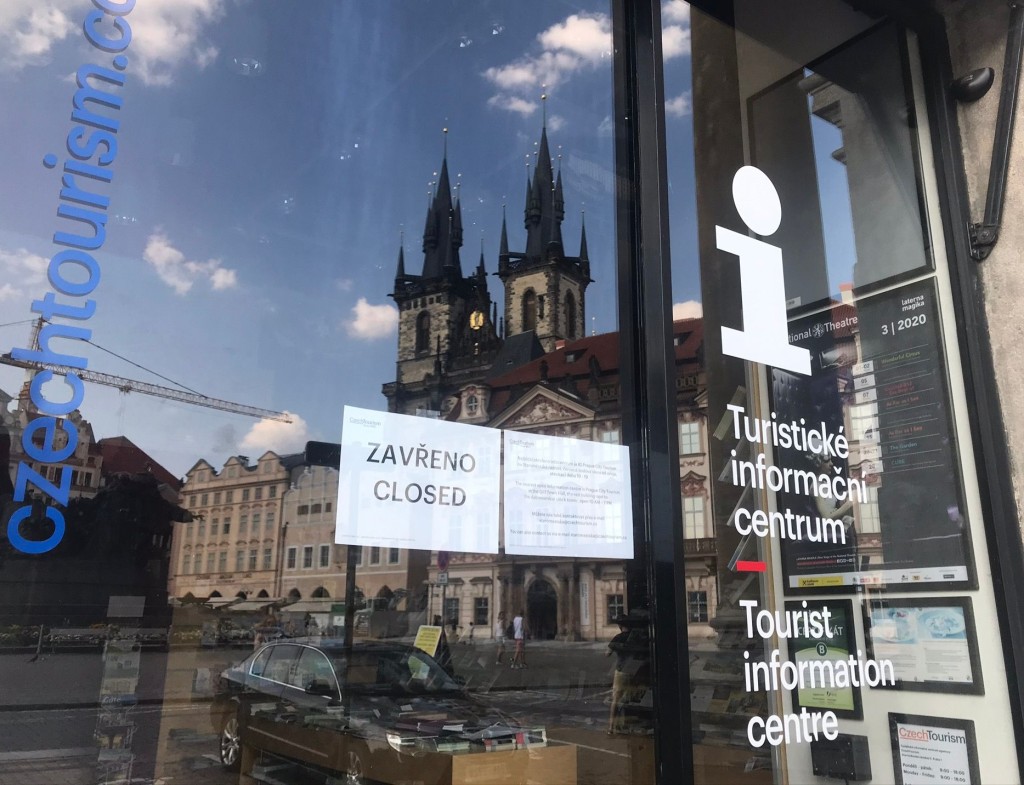 A hole of a hundred billion crowns

The idea of Czech holidaymakers being able to completely save the sector themselves seems almost impossible. In 2019, the total of arrivals and overnight stays in the accommodation facilities was divided almost fifty-fifty between Czech guests and those arriving from across the border. But the latter’s tendency to spend has always been on average much higher than that of the locals.

urthermore, the flows are very different in the various categories of accommodation structures. Five-star hotels registered 3.1 million overnight stays from abroad and only 170,000 from residents last year. On the other hand, in other structures besides hotels, the Czechs clearly prevail.

The preferences are also different on the territorial level: while foreigners prefer Prague, the Czechs prefer the regions of Moravia and South Bohemia. To adapt to this trend, the municipality of Prague has launched a 120 million crown program especially for domestic visitors.

According to the latest figures from 2018 of the Tourism Satellite Accounts (TSA), the internationally recognized tool for assessing the economic dimensions of the hospitality industry, the sector’s revenues amounted to 295 billion crowns, of which 169 billion were attributable to visitors who arrived from abroad. Czech residents therefore spent around 126 billion crowns on domestic travel, in addition to another 83 billion crowns for travel abroad. If even all overseas spending were diverted to domestic consumption, which is however unlikely, the sector would lack ninety billion in revenue. Realistically the hole to be filled amounts to at least 100 billion crowns. A huge figure if you take into consideration the fact that some sectors will not be able to resume their activities before 2021. This is the case of congress tourism or business travel which have been significantly affected by the cancellation of some major events, such as the Brno International Engineering Fair.

The crisis due to the Covid-19 epidemic could however be the perfect catalyst for some changes already visible in the holiday sector. The strengthening of domestic tourism has been underway for several years both in the winter and summer months. A large part of families prefers close holidays. Behind this choice there are contingent factors, such as terrorist attacks on holiday resorts in the Near East and Africa, and above all permanent ones, due, for example, to demographic factors. In recent years, the birth rate has increased, and this pushes families to choose destinations not far from home for the holidays. Furthermore, the quality gap of tourist services offered in the Czech Republic and those in western countries, such as Austria or Italy, is narrowing.

On the other hand, Covid-19 appears as a more unique than rare opportunity for those cities that feel oppressed by mass tourism. A barely veiled certain sense of liberation is manifested by the inhabitants not only of the centre of Prague but also of other highly visited places, such as Český Krumlov. In this Southern Bohemian town, they are trying to attract tourists from neighboring Austria and Germany to their streets, as well as those Czechs, who in recent years have been kept away from the huge crowd of hit and run visitors, especially those from Asia. Even the craziest ideas ended up in the drawer, such as that of setting up turnstiles to enter the city.

Even the disturbance of young sailing enthusiasts on the Vltava, who flock to Český Krumlov from July to September, seem more bearable. More complex situations for spas, which for years have been trying, not always successfully, to transform themselves into modern wellness centres and increase the share of paying customers, both domestic and foreign.

Not even Prague seems to want to return to the old patterns. In the second half of June, a significant part of the local political world, from the senators elected in the Prague constituencies, to the various municipal districts up to the mayor of the capital, Zdeněk Hřib, sided against the plan to expand Václav Havel Airport with the construction of a second runway. “What is the use of doubling airport capacity, bringing it to 30 million passengers per year, if Prague cannot receive more additional tourists?” stressed the first citizen. The majority of passengers in the Prague airport possess foreign passports, while the domestic market is too weak to justify the expansion of the airport.

Still regarding initiatives aimed at avoiding tourist overcrowding, the draft law promoted by the Municipality of Prague, aimed precisely at regulating and limiting the Airbnb phenomenon and short-term rentals, should be mentioned.

The current crisis could trigger the decline of a certain idea of tourism in the Czech Republic, which would not even seem to be such a disastrous news, since it is an industry with an impact of less than 3 percent of the gross domestic product, a relatively low added value and a very high dependence on foreign demand.

A positive factor is that the activities of the sector are concentrated in economically relatively prosperous regions, such as Prague, South Bohemia and Moravia, therefore the negative effects of the decline can be absorbed by relatively robust economic fabrics. These aspects should also be taken into consideration by the government when deciding how much funding to spend on restarting the sector.