A sudden cough, and goodbye to the Emperor

One hundred years after the death of Emperor Franz Joseph, we remember the relationship he had with the Kingdom of Bohemia, from his coronation in Olomouc, until his death in 1916

Rigid and strict, first of all towards himself, he demanded similar behavior also from his staff, and if possible, even from his subjects whom he would prefer all to be in uniform, the one he wore at the age of thirteen.

Franz Joseph of Habsburg-Lorraine, der ewige Kaiser, the eternal emperor, was born in Schönbrunn Palace on August the 18th, 1830, and also died there, just a few steps from the room where he had come to light on November 21, 1916: he was 86 years old.

He accepted the crown in the year of revolutions, on the 2nd of December 1848. Vienna was in turmoil, and the coronation took place in the safer Olomouc (Olmütz). His uncle Ferdinand had abdicated and his father, Francis Charles, had renounced the throne. Palace coup? The fact is that Francis Joseph became Emperor. 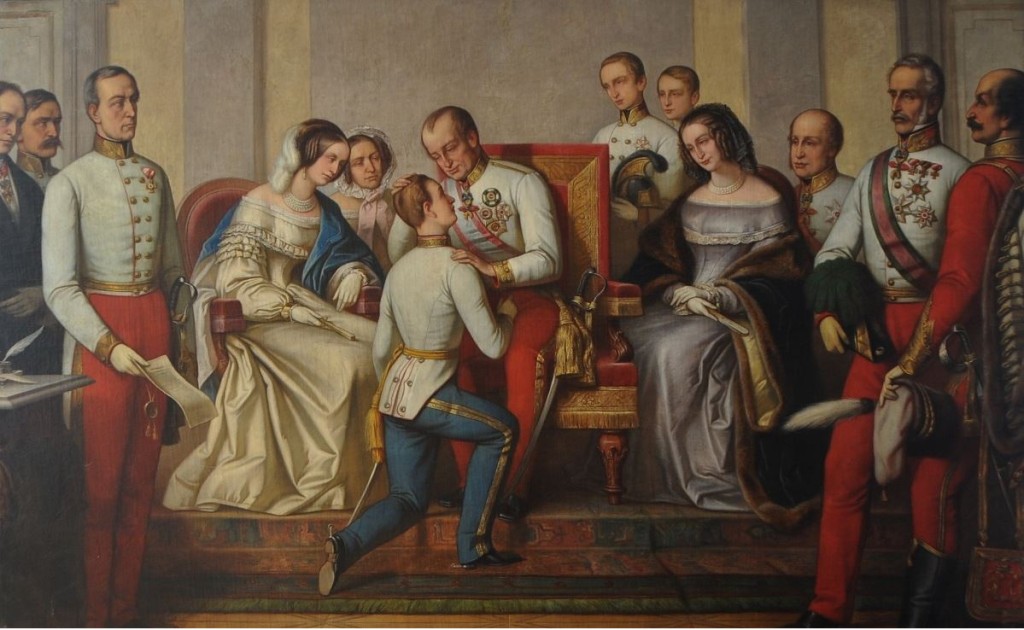 The previous April the 6th, after the prince Metternich had been forced to resign, the young emperor was appointed governor of Bohemia, a post however which he never actually took up: a rather negative attitude towards the north-western Slavic lands that he maintained during his long reign.

In Olomouc, he immediately had the support of arms, which were guaranteed by Styrian Field Marshal Alfred CandiduszuWindisch-Graez who swore allegiance immediately. Windisch-Graetz was a genuine reactionary and a hard-headed tough character. His wife was killed by a gunshot during the revolutionary upheavals of Prague, which he fiercely repressed by imposing martial law and did not hesitate to bomb the city.

In the early stages of his monarchy, he was helped by a Bohemian prince of Český Krumlov (Bömisch Krumau), Felix zu Schwarzenberg, a money order statesman. Yet it was another Bohemian noble from Sedlčany (Seltschan), a veteran of the Napoleonic wars, Jan Josef Václav Radecký z Radče, Marshal Josef Radetzky, who was his military mentor. They had met at the Battle of Saint Lucia, in Verona, on the previous May 6.

Despite these historical and personal references that should have tied him to Bohemia, he held an ambiguous and detached demeanor towards it. Bohemian aristocrats insisted in vain that the rights which he boasted found a fully-formed implementation; in April 1861 he received a delegation of the Bohemian Diet to whom he said he intended to be crowned in Prague. Franz Joseph actually never placed the Svatováclavská Koruna on himself, despite boasting of his rich panoply of titles including that of King of Bohemia.

The Czech public never forgave him for the deportation of the writer, journalist and patriot Karel Havlíček Borovský, a liberal, who proposed the union of Czechs and Slovaks, and in addition he was also unrepentantly anti-clerical. While the Minister of the Interior, Alexander von Bach, a Klerikalabsolutist, suggested the deportation from Prague to Salzburg, Franz Joseph ordered that the place of confinement had to be much further away, so that the patriot and scholar Havlíček Borovský ended up in distant Bressanone, without any court decision; Franz Joseph had decided personally.

The Havlíčék Borovský case (the writer described his sad deportation in Tyrolské elegie, The elegies of Tyrol, an ethical autobiography) weighed heavily on the future of relations between the enlightened and patriotic Czech world and Vienna.

The remaining Bohemian hopes were swept away in 1866, after the Austrian defeat at the Battle of Hradec Králové, that the Italians know as the Battle of Sadowa.

Despite being religious to the point of bigotry, Franz Joseph nurtured his superstitions, directing his aversions to the places where militarily, things had gone wrong for him.

The following year, with the Österreichisch-Ungarischer Ausgleich, the Austro-Hungarian compromise, he launched the dual monarchy, ignoring not only the demands, but also the very existence of his Slavic empire: a major blow to the Czechs.

So when he came to Prague for the opening of the exhibition of the Jubilee of 1891, his visit was opposed by anti-Habsburg protests, and the spread of pamphlets against Vienna and the emperor himself. The police response was not tender, and Jan Neruda did not hesitate to describe it in his Povídky Malostranské, the tales of Malá Strana. The police even reached the paradox of chasing those who wore traditional Czech headdresses, seen as a display of rebellion. Not to mention the sorrowful and glorious birth of Sokol, the irredentist gymnastic society that developed on a massive scale.

Franz Joseph was nicknamed Procházka by the Czechs, which literally means: a walk, a stroll. The epithet probably dates back to 1901, when the Emperor arrived in Prague to inaugurate a bridge, and a picture of him appeared in a newspaper with the generic caption “Procházka na mostě”, “Walk over the bridge”.

He therefore became the Procházka who did not do much to overcome the lack of understanding of these subjects who were rediscovering and strengthening their historical identity, just the bare minimum, as they say, to avoid rudeness: he was never missing from the big annual military operations when they took place in Bohemia or Moravia. His official visits, cutting of ribbons, the historical visit to the Škoda workshops, in Pilsen September 9, 1905, accompanied by the General Manager Georg Günther, prominently seemed like rituals.

The ostentatious loyalty of the authorities certainly did not correspond to the anti-Austrian sentiment of the Czechs. Jaroslav Hašek, the author of the Dobrý voják Švejk (The Good Soldier Švejk), the bewildered dog breeder from lineages as improbable as they were imaginative, wrote that his hero was taken as an utter idiot when he exploded into the cry: “Long live the emperor Franz Joseph!” Meanwhile, a portrait of the emperor was displayed under glass attached to the wall of the restaurant U Kalicha frequented by Švejk, on which flies would defecate. 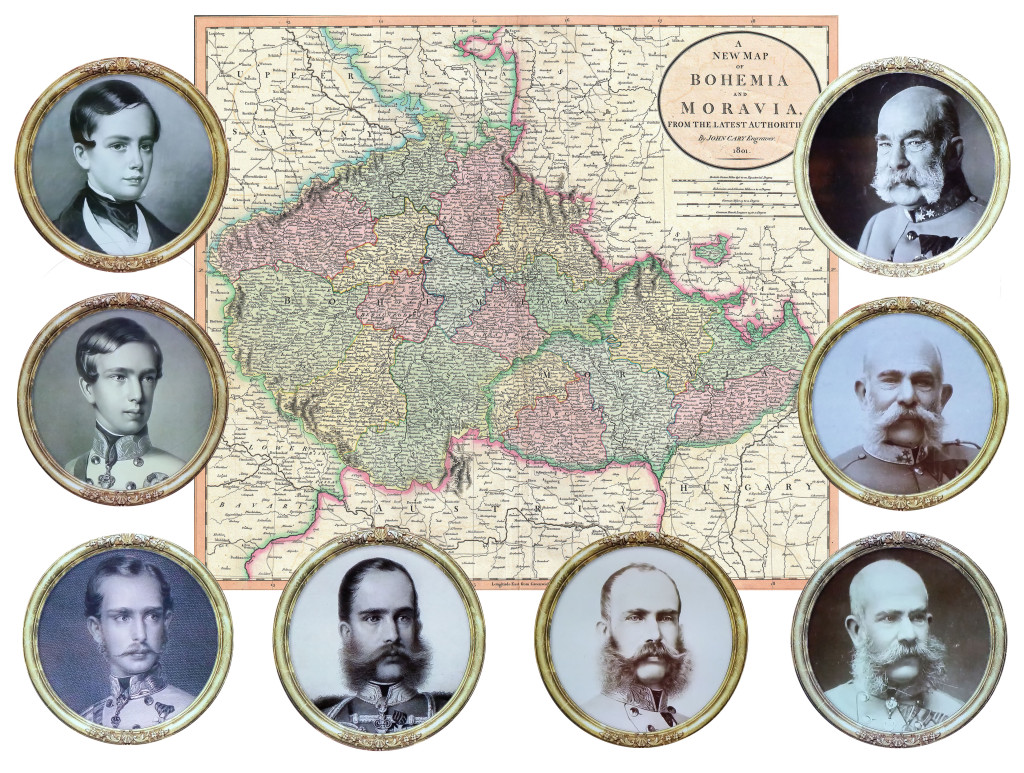 The Habsburg myth based on the rhetoric of dynasty, religion and patriotism, never caught on among the Czechs.

In his failure to understand the subjects of the Bohemian crown which he never wanted on his head, Franz Joseph was involved in an extraordinarily long and varied history, but lived in disarming and monotonous normality, like his Tafelspitz, the boiled beef that could never be missing from the table. Military successes and defeats, an assassination attempt (in 1853, when the buckle collar of his uniform deflected the blade of Hungarian János Libényi, who wanted to avenge his compatriots hanged in Arad), the unhappy marriage with cousin Elizabeth of Bavaria, the popular uprisings, the mourning (the eldest daughter Sophia died of pneumonia in Budapest, his brother Maximilian was shot by a firing squad in Mexico, son Rudolf committed suicide at Mayerling, while his wife Elizabeth was murdered in Geneva by the Italian anarchist Luigi Lucheni).

Then came the telephone, the electric light, cinema, the phonograph, the times were changing rapidly, but for the emperor this rapidly changing world only caused discomfort.

Yet the major blow for him arrived from Sarajevo, with the assassination of barely tolerated nephew Francis Ferdinand, and his wife Žofie Chotková, who was even more unpopular: her degrees of nobility were scarce, but above all she was Bohemian. This was followed, as we know, by the First World War. The Emperor was not convinced by that war, and he felt that his empire was old, no longer in step with the times.

Meanwhile from Paris, the concern was the activities of Tomáš Masaryk. He was no stranger to Vienna, where he had been a Member of Parliament, and a lawyer of great depth in causes related to civil rights. Discussions focused on his dangerous work for the monarchy: he had set up an organization in Paris, the Czechoslovak National Council, which planned to create an independent state that would put together Bohemia, Moravia, Silesia and Slovakia: Czechoslovakia.

On 23 May, 1915 Italy declared war on Austria-Hungary, in a difficult situation militarily, while socially and politically fragile. However, the Italian declaration of war, die treulose Italien, disloyal Italy, served to boost the pride of the empire.

But Francis Joseph was now in decline, and maybe he realized that the games on the chessboard of war had ended, and not in favour of the Central Powers.

His mistress Katharina Schratt, the “dear, good friend”,who ran a convalescent home for wounded officers, did not conceal the fact that in Vienna people were starving.

On 21 October 1916, the prime minister Von Stürgkh was shot dead by Friedrich Adler, to the cry of: “We want peace! Down with the autocracy”.

The old emperor was deeply troubled, and by then, his health problems were worrying his inner circle. Dr. Joseph von Kerzl, his doctor diagnosed him with pneumonia.

Franz Joseph died after a heavy cough: it was at the time of 21:05 on Tuesday, 21 November 1916. The chaplain had just managed to give the last rites.

Freezing days disturbed queues of those who came to pay homage to the remains of the old emperor in the Rittersaal of the Hofburg, where, however, he was not displayed due to badly handled embalming.

On 30 November, the bells of Vienna played simultaneously accompanying the funeral procession in St. Stephen’s Cathedral. The impressive hearse was towed by eight black Kladruby horses, a Czech-born race for court services, which were supposed to express magnificence in official ceremonies: it was the last gift of a Bohemia that by now was thinking about its independence.

In the capital, only one infantry battalion was available, which rendered military honours and accompanied the dead king.

After the religious ceremony, the funeral procession opened by the new Emperor Charles and the young empress Zita, headed in the direction of the church of Saint Mary of the Angels which houses the Capuchin Crypt.

The Grand Chamberlain, Count Alfred von Montenuovo, knocked three times, starting at first to present the deceased with all his titles, while finding the door of the crypt barred. Then he settled for specifying that it was about the emperor, without any result and with the same answer as before: “We do not know”. Finally, he asked to allow the entry of “Franz Joseph, a poor sinner who implores the mercy of God”, finally finding the understanding of the guardian friar who threw open the large doors, allowing the coffin to be placed in the Imperial Crypt, the Kaisergruft.

The long reign of Franz Joseph of Habsburg-Lorraine had just finished.

On December 2, 1916 in the Hofburg chapel in the presence of the new emperor Charles, the last Requiem was recited. Had he been alive and present, he would have bid farewell in the way he used to do after every formal occasion in which participated: “Es war sehr schön, es hat mir sehrgefreut”, it was very nice, and it cheered me up a lot. 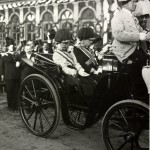 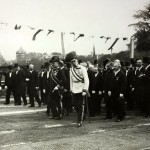 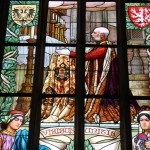 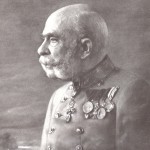 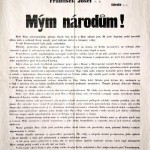