Home  »  Prague and surroundings   »   An oligarch leading Prague. What will Brussels say?

An oligarch leading Prague. What will Brussels say?

Babiš amid populism and high expectations, conflicts of interest and judicial trouble. The fears and expectations of the EU and Visegrad

“I’m neither a Berlusconi nor a Trump. Consider me rather the Michael Bloomberg of Czech politics”
A new Silvio Berlusconi or Donald Trump in Czech sauce, with a comparable amount of assets, influence and control over the media, populism in elections, and legal troubles, including fraud and the misappropriation of European funds. This curriculum, which may not scandalize some, but will frighten others, is supported by the issues with which Andrej Babiš, leader of the ANO movement, won the elections: from anti-migrant positions to those opposing Euros, and generally Eurosceptic in nature. Babiš’s victory can only cause concern in Europe, where the collapse of the Social Democrats of the ČSSD (the outgoing government party), one of the few which has focused on proximity to the EU, has sanctioned the distance between Prague and Brussels at the electoral level as well as in terms of popular perception.
Babiš himself preferred to be “eurocritical” by responding to those who asked him to “appease” European partners, without failing to point out: “I am neither the Czech Berlusconi nor the Czech Trump, my model is rather Michael Bloomberg.” A position that the skilled businessman, on one hand, will be able to exploit to meet the Eurosceptic feelings of much of the population and national politics (including the xenophobic right), thus maintaining internal consensus, but on the other, without resorting to going to war against the EU.
However, the other side of the coin, could well be the risk for Prague in following the same path as Britain, where a referendum asked for “EU yes/EU no,” which was called for in order to strengthen Cameron’s leadership, but then led to the unexpected outcome of Brexit. However, Babiš knows that a Czexit would do more harm than good to his country. 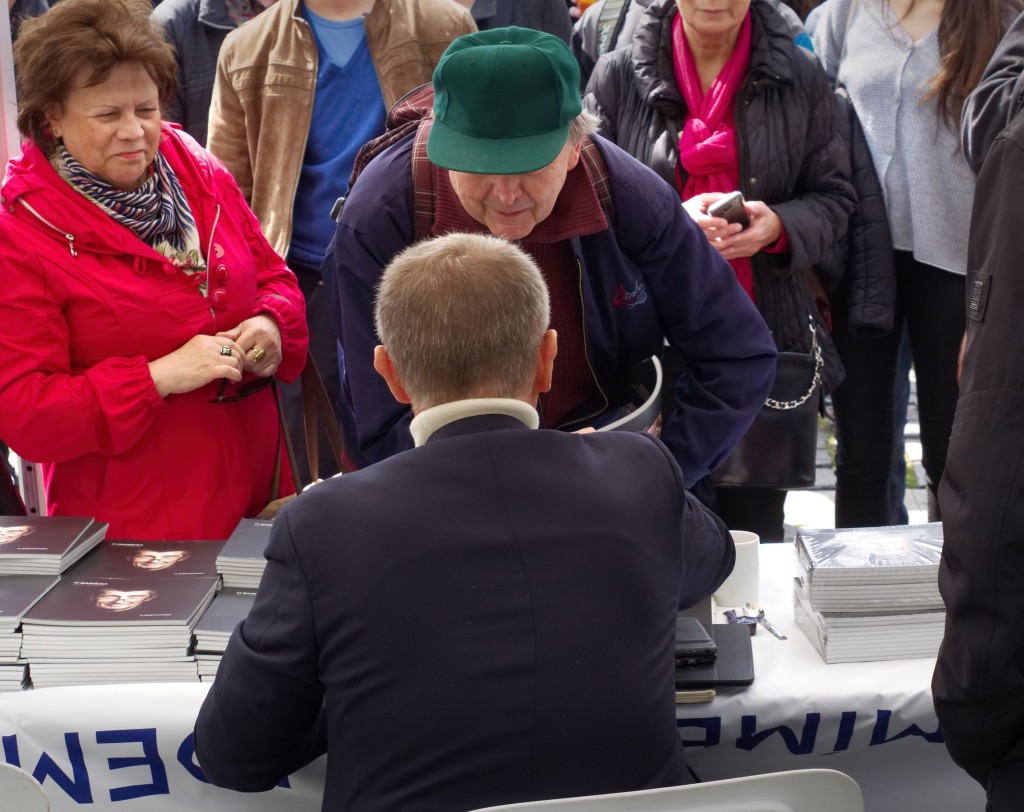 The successful businessman committed to politics was convinced that the Brexit “is a negative for Europe,” but added that Brussels should reflect on “why it happened,” and how to “reform itself and think about fighting irregular immigration, coming from Africa, and terrorism, while defending peace and security in Europe.”
The message is clear: the EU as it is now, is not good for the Prague’s new strong man, and nor are the migration policies, so be cautious in underestimating those who do not think the same way as the mainstream in Brussels.
The Dissatisfied Citizen Movement (this is ANO’s acronym, which in the Czech language means Yes) got 29.65% of the preferences, leaving the Democratic Citizens’ Party (ODS) at 11.3% – “the natural ally of the ANO,” according to Babiš, which led to strongly euro-centric themes in the electoral campaign. With similar anti-Brussels viewpoints, albeit with different arguments, are the other three parties in the list after the October vote: the Pirates, the Party of Freedom and Democracy Direct (SPD) led by the xenophobic leader Tomio Okamura, and the Communists of KSČM. Those who have become “the dwarfs of Czech politics”, the great losers of the votes, are the Social Democrats of the ČSSD, the popular Christians of KDU-ČSL, and the Liberals of the Top 09, have paid, at a fair price, the attempt to contrast the populist wave with the opening towards the single European currency and the outstretched hand of the EU. They are indeed positions that the overwhelming majority of Czechs do not consider to be favorable to their country.
The fact that the link between Prague and Brussels is weak is also demonstrated by the fact that one of Babiš’s former allies, the “guarantor” of its Europeanism, the Vice-President of the European Parliament Pavel Telička, has stepped down, preferring not to support the election campaign of the ” Dissatisfied Citizens “.
The concern remains that with the rise of Agrofert’s patron, a strong bond can be established between the Visegrad Group, or part of it (Slovakia and the Czech Republic), and Austria’s newly elected Sebastian Kurz. Many topics link them together, but above all, the decisive and repeated message to migrants, the system of refugee reception quotas, the division of the “weight” of landings across Europe according to the principle of solidarity. Babiš, in this sense, does nothing more than strengthen the spectre of a Central-Eastern European front against Chancellor Angela Merkel’s policy of migration.
A point that remains to be clarified, and on which Finance Minister Babiš had been very clear was that of the single currency. The Czech Republic, in fact, is not yet part of the Eurozone despite the fact that its basic parameters fall within the Maastricht criteria. The never taken and constantly postponed the decision to adopt the euro, has been the subject of debate in the various Czech governments that have followed for more than ten years. Even the decision to devalue the crown until the spring of this year to improve the competitiveness of Czech exports and productions have proven Prague to be correct. But now Babiš will have to decide whether to keep faith in the populist and anti-euro position he led in the electoral campaign, or if, relying on his tycoon instinct with a $4 billion fortune, he decides to take the big step and approach Brussels a little bit more closely, and above all in the currency of the big single market.
This would be a very strong change of pace compared to the tones and arguments used during the election campaign, when Babiš repeatedly called the euro a “failed project”, saying he did not want to “risk having to pay the debts of Italy and Greece entering the eurozone.”
Meanwhile, in October, the Czech Republic’s budget was 26.5 billion Crowns compared to 17.4 billion in the previous month, but sharply lower than the surplus in October 2016, which was $98.3 billion: the decrease is due to the lower entry of resources from Europe, as the Ministry of Finance has pointed out.
In relation to the Prague-EU relations, it should be remembered that another weight on the Czech billionaire’s shoulders, is the alleged fraud involving European funds in the Čapí hnízdo (Stork’s Nest) affair. The House has already given authorization to proceed with it, but with the new elections and with the reconstituted parliamentary immunity of Babiš, the proceedings will now have to pick up from scratch. He is also being investigated by the European Anti-Fraud Office (OLAF), who wants to see transparency surrounding what happened with EU funding of his exclusive Stork’s Nest Farm.
Last but not least, the issue of conflict of interest is still under discussion, despite the fact the so-called Lex Babiš, which forced him to “get rid of” his property at least formally by transferring it to a fiduciary. Last March, the European Commission, which had long been suspicious of the former Czech Finance Minister, subjected Prague to pay a 22 million Crown sanction, after finding irregularities due to a conflict of interest in the concession of 1.5 billion crowns of European funding between 2014 and 2015 in favour of the Agrofert Group. It turned out that Jaroslav Faltýnek, Babiš’s right arm, Ano’s vice president and at the same time at the time of EU funding, Agrofert’s board member, was also a member of the Supervisory Board of the SZIF, the State Agricultural State Fund at that time namely the body responsible for overseeing the allocation of EU resources.
Where, in such a context, will the axis of Czech politics move to, now that it is in the hands of billionaire Babiš, the pragmatic populist, and Eurocritic, who intends to run the government like a company? The answer may influence the future of Prague, and perhaps even Europe.