Prague. On a cold autumn evening, three men sit at a table in a café in the city center. They are two scientists: Dominik and Adam, and an IT security expert, Roberto Boris. Dominik and Roberto are intent on playing a blind chess game, without the help of the board, and at the same time all three discuss the fascinating and disturbing “Theory of the universe as a simulation”. Between one move and another, scientific concepts, speculations about the technology of the future, questions about the use of artificial intelligence and old and new philosophical meditations, all come out, with a poetic ending on the subject of the free will of human beings. The story is taken from an unpublished novel by Mauro Ruggiero and entrusted to the voice and performance of the actor, editor and Italian director Claudio Carini who for years has been engaged in the diffusion of audiobooks and reading aloud. 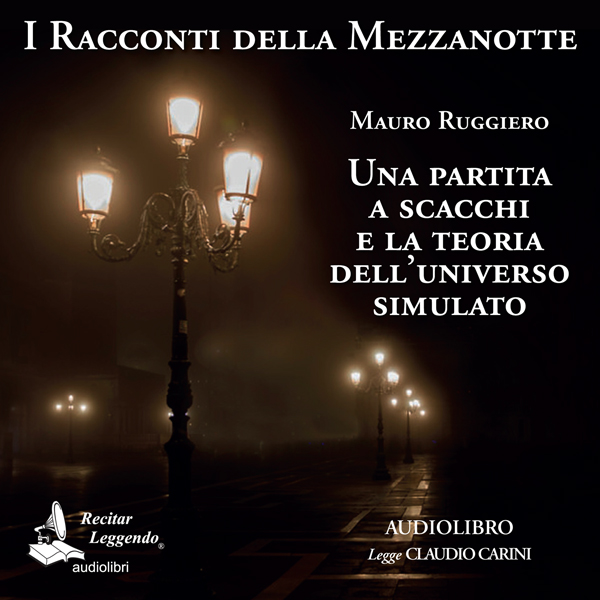