posted by Redazione January 18, 2021 Art and culture, Prague and surroundings

A secular tradition that knows how to bet on the future

Founded in 1348 by the Emperor Charles IV with four different sections (theology, liberal arts, medicine and law), the Charles University is the oldest in central Europe. Unfortunately, it maintained its autonomy only until 1620 when, having openly supported the Church Reform under the leadership of the Chancellor Jan Hus, the nationalist reformers were defeated during the Hussite wars and the University was merged with the Clementine Academy, a Jesuit foundation which goes back to 1556. In that period the “Karlova univerzita” underwent considerable streamlining which led to a loss of autonomy and the preservation of just the faculty of liberal arts. The new Institute which evolved, was to take the name of Charles-Ferdinand University until 1920. In 1882 the University was split into two independent institutions, one of Czech language and the other of German. However, in 1939, the Czech University was eventually closed, following the Nazi occupation and, re-opened in 1945, following the liberation of the country, together with the closing of the German University.
During the past years, many famous personalities have attended the Charles University, such as: Eduard Benes, Karel Capek, Bohumil Hrabal, Franz Kafka, Nikola Tesla.
Nowadays, the Karlova University, with its 42,400 students and 270 academic courses, of which, 6.200 are dedicated to PhD studies, is one of the most important and prestigious Central-Eastern Europe Universities, set towards a global context, but still maintaining the best of its secular experience and tradition.
At present, there are seventeen effective faculties, of which, fourteen in the capital itself, two in Hradec Kralove and one in Plzen, plus six additional educational facilities, scientific research and development, as well as creative activities. 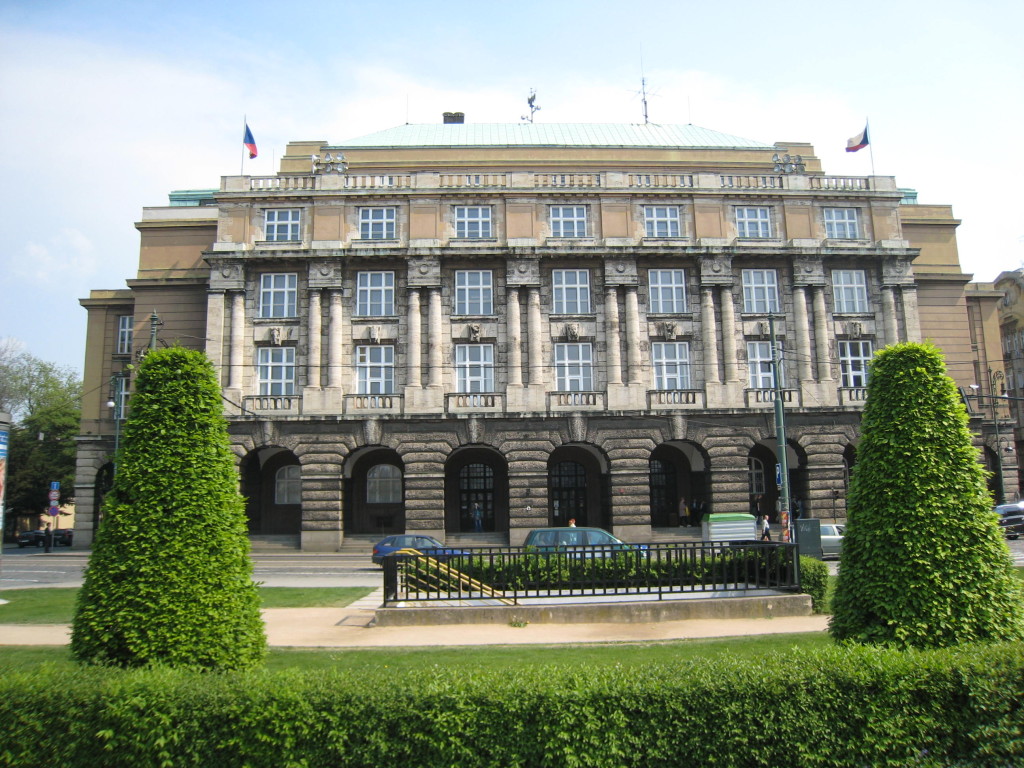 The University course of study is subdivided into two cycles, according to the “three + two” formula. At the end of the first, triennial cycle, one may obtain a bachelor’s degree, followed by a master’s degree, after two more years of study. On achieving a master’s degree, it is possible to apply for a PhD course.
The “Karlova univerzita” aims at being recognized as one of the most competitive universities involved in research work. In fact, the results of its most important studies are regularly published in international reviews, while numerous monographs have achieved prestigious international recognition. Among its member students, 4,300 are foreigners, of whom, 750 follow an English language course and, as a demonstration of its international vocation, it fosters strong international collaboration with prestigious educational and research institutions. To that aim, it has made out about 450 bilateral contracts and 170 international partnerships with foreign universities, as well as incentivating international mobility of its academic staff, students and researchers.
Karlova is now a public University as well as an autonomous educational and research institute, run by a chancellor and a regulatory authority and a governing council.
Karlova has thus taken the necessary path, (valid for any university today), based on interdisciplinary cooperation with other educational institutions all over the world, because, the key to competitive education today, lies in the international dimension that a university is able to provide for its students: a thorough education, whose aim is also to give a wider vision, ranging beyond the frontiers of own’s country – which must, necessarily, afford a suitable preparation for the globalized world of today.