The rise in the European energy market of the youngest billionaire from Brno, and owner of Sparta Praha, who some call the Abramovich of the Czech Republic

The spotlight is turning to Daniel Křetínský in Western Europe, the number one of EPH, the holding company which was recently the protagonist of the “mega-shopping” in the energy sector in England and Italy.

Beyond the Channel the company headed by Křetínský, over last autumn, bought the coal-plant of Eggborough (Yorkshire), which produces 4% of electricity in Britain. In Italy on the other hand, he celebrated the start of 2015 with the acquisition of seven power stations, six of which were for gas and one for coal, from the German company E.ON. In total 4,500 megawatts of generating capacity overall, twice that of the Czech nuclear power plant of Temelín, which will make the Czech company the fourth or fifth producer of electricity in the Peninsula. All of this follows the major investments in Poland, Germany and Slovakia made in previous years by EPH, an acronym which stands for Energetický a průmyslový holding (Energy and Industrial Holding).

This, in short, has been enough to attract the attention of the Western media, also in Italy, towards this young billionaire, who will be 40 years old next July. The native of Brno, with studies as a lawyer, has a great passion for football, which led him to becoming the owner and president of Sparta Praha. 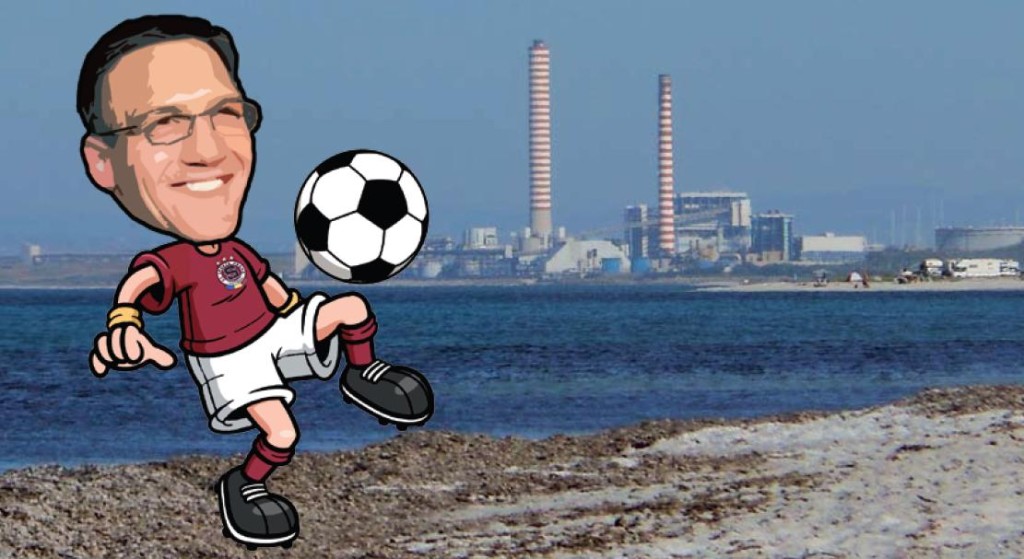 This mix of interests in the energy sector, and in football has prompted some observers to define Křetínský the “Roman Abramovich of the Czech Republic.” Regarding the economic dimensions of the two however, the difference is enormous. The Czech is credited with a wealth of 12.3 billion crowns, while the Russian apparently boasts 40 times greater wealth.

The comparison with the Russian oligarch, an adopted Londoner and owner of Chelsea, is not appropriate even when considering the way in which they began their careers in the post-communist period. The origins of Abramovich are very humble indeed. He lost his mother when he was a few months old, his father died in an accident at the factory where he worked when Roman was four. After being raised by his uncle and aunt in Moscow, he graduated from a technical institute, and then enlisted in the Soviet army, before diving into wild business following the collapse of the USSR and the post-Soviet Russia of Boris Yeltsin.

The social background of Křetínský could hardly be more different. A descendant of a family of the Czech bourgeoisie, with a professor as a father, with tenure at the Faculty of Informatics at Masaryk University in Brno, while his mother is a magistrate, and was a judge of the Constitutional Court until last year.

Daniel graduated with full marks in law, in 1999 he was hired by J&T, an investment bank with Slovak roots, and immediately distinguished himself for his voracity, and was ready to seize business opportunities in the two formerly confederate countries. The first salary was for less than twenty thousand crowns, but Křetínský would take just a few years to become one of the most prominent men in J&T, and personally managed operations worth billions of crowns.

In an interview given in 2005, when he was not even 30 years old yet, Křetínský uttered a phrase that proved to be prophetic: “In the Czech Republic today, for people like me, there is a huge opportunity to do business”.

The expansion that began six years ago

In 2009 J&T gave birth to EPH, which soon became a giant in the energy sector. Today it is owned by three shareholders: Křetínský and his old Slovak Patrik Tkáč, who share 37% each, while the remaining 26% is owned by J&T.

In order to ratify the final takeoff of EPH into the energy market heavens of Central Europe, in 2012 was the loan syndication of the highest value ever offered in the history of banking in the Czech Republic. A pool of 11 banks made it all available, coordinated by UniCredit Bank. It also involved the participation of ČSOB and Komerční banka. An amount of one billion euros in total, which was intended precisely to support the expansion campaign of the holding led by Křetínský, a third of which was in that period also contributed to by the PPF of Petr Kellner. The latter sold his stake last year, in exchange for a payment of about 30 billion crowns.

Another milestone of Křetínský’s climb, dates back to 2013, when EPH bought 49% of Slovenský plynárenský priemysel (SPP) in Slovakia, the Slovak gas company, the majority of which is controlled by the state. In the former confederate country EPH felt so at home that they manifested interest in two-thirds of the energy giant Slovenské elektrárne, put up for sale by Italy’s Enel.

Meanwhile EPH, through the company Czech News Center, shelled out 170 million euro to ensure the ownership of the Czech branch of Ringier Axel Springer, the publishing house that prints, among other things the newspaper Blesk, the most popular newspaper in the Czech Republic, and the weekly magazine Reflex. The operation caused the young billionaire from Brno to become one of the most powerful men of the Czech media market.

Many debts for counter-current investments in gas and coal

The momentum investing in EPH has not failed to arouse some concerns however. Some observers have wondered why there is all this appetite for plants to produce coal and gas, precisely when in Europe there is so much talk of fighting against gas emissions and alternative energy sources.

Křetínský evidently thinks that Britain and Italy, as well as Slovakia and the Czech Republic, are countries that in the long term, will need these kinds of power stations. The trust in coal has been expressed by EPH even in Germany, where they decided to fully take charge of Mibrag, a company whose business is based purely on the exploitation of brown coal.

When commenting in particular on his latest investment in the Peninsula, Křetínský stressed that “without the gas stations the market can not function, but all the gas producers are at a loss”. He added, however, to trust in a future “capacity market” in Italy, namely in a future mechanism that ensures the availability of production capacity of electricity in the long run, through compensation to be acknowledged towards producers.

Further doubts concern EPH’s debt, which after the last operations in the UK and Italy, is expected to exceed the total figure of 100 billion crowns, more than 3.5 billion euro. Even in this regard Křetínský displays calm, emphasizing in interviews that the relationship between debt and EBITDA remains quite acceptable.

There are those however, who assume that the high debt of EPH can lead to other scenarios, firstly the possible arrival of the Chinese CEFC (China Energy Company) as partners of Křetínský. This theory has been backed up by strategic partnership agreement between CEFC and J&T (an EPH shareholder), signed last autumn during President Miloš Zeman’s trip to China.