Student of the well-known illustrator and animator Jiří Trnka, Štěpán Zavřel was a Czech dissident writer, painter and illustrator who lived in Italy for about forty years and passed away in 1999. Edited and translated by Francesca Romanini, “Vodnik” is a work written and illustrated by Zavřel and inspired by the homonymous fantasy character. It was published in Italian by Bohem Press, the publishing house founded by the author together with the editor Otakar Božejovský. Vodník is a being belonging to Czech folklore and legends: a sort of lake and river monster often found in folk tales. It’s often described as a kind of goblin and usually depicted in red and green. In this story, we find a dense forest, a lake with deep waters, a mill, a monster, a young wife and her brave husband, and therefore all the components of a compelling story for the little ones, but not only. 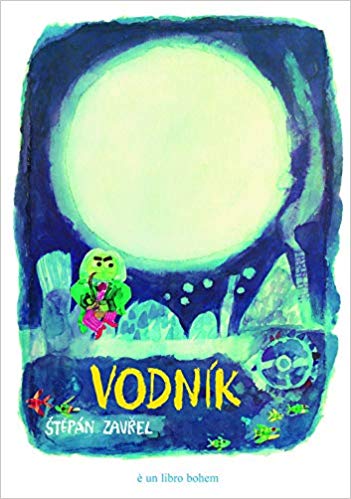