posted by Redazione May 14, 2018 Current Affairs

From Nazi prisons to winning the Scudetto with Juventus. The incredible story of Čestmír Vycpálek, born in Prague but adopted by the city of Palermo

Loyal, understanding, friendly to everyone: a hero impossible to forget. Čestmír Vycpálek succeeded in the difficult task of entering into the hearts of lovers of our football. “An old-school man but a modern coach”, after a decent career as a footballer, the Prague-born blond earned respect in the role of a coach leading Juventus and Palermo, clubs which now remember him as one who preferred persuasion to commands. A personality describable as out of the ordinary, who rightfully entered the “Hall of Fame” of both clubs. 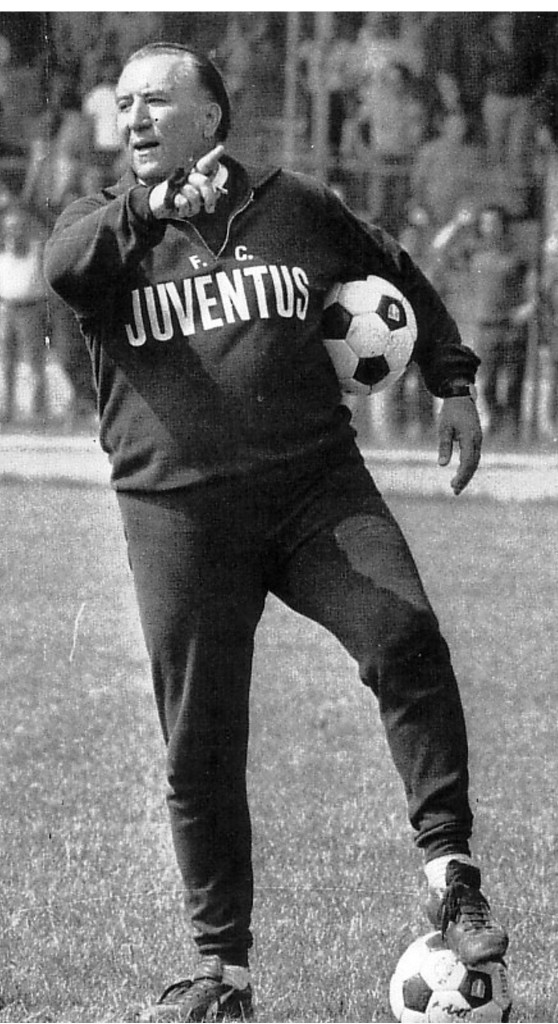 Having been born in Prague in the district of Letná, the day after the First World War, from an early age he fell in love with that ball made of fabrics with which spent entire days with friends in the Park of Stromovka, the first major opportunity for Često to display his great technical abilities. Already as a child he would enchant onlookers with quality moves, and even his father was impressed by his exploits, dreaming of seeing him play in the shirt of his favorite team, Slavia Prague, who they would watch together every Sunday at the Spartan Stadium. His mother, however, had other plans for him, she wanted him to graduate.

Čestmír began attending primary school, and at the age of 10 ended up in the Slavia youth team. Even his school career was booming. He passed his exams with flying colors first at Middle school, and then at the Business Academy, where he graduated. Having finished school, he was promoted to the first team, much to the delight of his father Přemysl, thanks to his impressive technical skills, including great ball control, a remarkable vision of the game and especially a rare tactical intelligence.

In 1941, he was sent to gain experience at Židenice, a Brno team, participating in the miracle of salvation thanks to the extraordinary scoring average of 19 goals in 19 matches played. The following year he returned to play for Slavia, who won the title, collecting 36 appearances and scoring 15 goals. Everything seemed to be heading in the right direction, but the tragedy of war and the Nazi occupation was looming.

In October 1944, Čestmír was interned in the concentration camp of Dachau in Bavaria. It was here where he lived through the darkest period of his life, as he himself explains. “I was a living skeleton with a striped jacket, who was clutching the barbed wire of the concentration camp. Only someone who has gone through these experiences can understand what the value of life is, and can no longer be shocked by anything else”. These words were quoted in the book “From Dachau to the tricolour flag”, a detailed biography of the Czechoslovakian footballer from the Italian writer Stefano Bedeschi.

Čestmír however manager to survive, and would go back to wearing the Slavia colours straight after the war. In the very same year he also made his debut in the National team, for which he became a mainstay for years.

In 1946 he is noticed, among the young Slavia players, by the secretary general of Juventus Artino, who falls in love with his talent and brings him to Turin. The coach Cesarini made him debut on October 6, 1946, against Milan, and Vycpálek immediately impresses Juventus, providing an assist and the goal of the momentary 2-3 (the match would end 3-3). In that season, Juventus arrived in second place with Cesto getting 27 appearances and five goals, before his transfer to Palermo. It was here where he provided us with a definitive confirmation of his quality, establishing two records: being the first foreign player in Serie A to wear a captain’s armband, and also to score a hat-trick (October 23, 1949, Palermo beat Roma 3 goals to 0). He remained with the rosaneri for five seasons, gathering 143 appearances and 23 goals. It was also in Mondello where he witnessed the birth of his son Cestino, who was tragically killed on May 5, 1972 in a plane crash a few miles from the airport of Punta Raisi of Palermo.

In 1952, Čestmír moved to Parma, where he spent his last six seasons as a player. In that period Parma were certainly not going through a great moment in their history, participating only in Serie C. However, in his second year, Cesto achieved an incredible feat along with his teammates, by gaining an unexpected promotion to the Second division. Subsequently, in 1958, at age 37, Čestmír decided to hang up his boots, in order to take on the role of coach.

Despite the initial plan to return home once his playing career was over, Čestmír eventually preferred to settle in Italy and accepted an offer to become the coach of Palermo, who had then earned promotion into Serie A. Afterwards, following a sudden dismissal, his career continued provisionally in the lower divisions: Siracusa, Valdagno, Juve Bagheria e Mazzara del Vallo.

Meanwhile, we return to 1968, when the Red Army suffocated the “Prague Spring” and occupied Czechoslovakia. It was in that year when Vycpálek was joined in Palermo by the young Zdeněk Zeman, the son of Cesto’s sister, who followed him into coaching.

In early 1971 Čestmír was called by his friend, and former teammate Giampiero Boniperti, to coach the Juventus youth team, and transmit his passion towards the sport to the young players. A few months passed and Cesto, the diminutive form of his name used, suddenly found himself at the helm of the first team, after the forfait of Armando Picchi, who was forced to leave due to a serious illness. His first season as coach of Juventus ended in a 4th place in the league, and reaching the final of the Fairs Cup, which was lost against Leeds. The following season, Vycpálek assembled a fearsome, impressive squad, with the Old Lady winning the league title in the final sprint, with one point more than Milan and Turin. It was a success repeated the following season with another league title. This time Juventus won the tricolore in the most thrilling manner, thanks to the goal from Cuccureddu in the final minutes of the season on the pitch of Roma, while meanwhile Milan were defeated away to Verona, and Lazio were beaten by Napoli. However that is not all. It was also in the 1972/1973 season, when the Bianconeri came one step away from winning the European Cup, losing only in the final in Belgrade, in the presence of Cruyff’s Ajax side.

Čestmír Vycpálek then left the bench of Juventus to Carlo Parola, becoming instead a talent scout for Juventus. It was in that role that in 1989, he brought Toto Schillaci from Messina to Juventus, who just a year later to become the hero of Italy 90.

Cesto died on May the 5th, 2002, exactly 30 years after his son, on the day of the 26th league title of the Bianconeri, which was also a comeback much like the title of 1973. Even today in Turin, the black and white side of the city, and in Palermo, they remember him as a hero. In 2014 he had the square in front of the Renzo Barbera Stadium in Palermo dedicated to him. An emotional moment for both Palermo and the grandson Zeman, a special guest of the event, in memory of a great man who was able to tiptoe into the history of our national football. 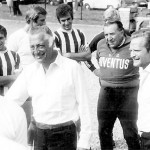 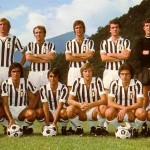 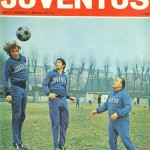 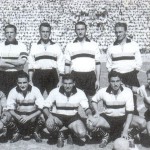 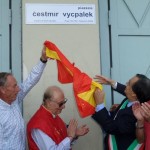