Home  »  Art and culture • Prague and surroundings   »   In search of Menzel

In search of Menzel

posted by Redazione February 5, 2021 Art and culture, Prague and surroundings

It is a story that began on October 19, 2010, when after almost a year of phone calls and emails, Indian director Shivendra Singh Dungarpur managed to convince Jiří Menzel to meet him in a Prague café. The appointment became the first in a long series and between the two not only a friendship was born but also a seven-hour documentary that explores the originality of the Czech director and his films.

The documentary, entitled “CzechMate: In search of Jiří Menzel” (2018), also examines more generally the world of Nová vlna, the Czechoslovakian nouvelle vague, the socio-political context that gave birth to the movement and the transition of the country to the present, following the collapse of the regime in 1989. All this, while covering a period of decades starting with the nationalization of the Czechoslovakian film industry in 1948.

Eighty-five personalities were interviewed for the realization of the project, including illustrious names of world cinema, from Woody Allen to Ken Loach, but also including Emir Kusturica, István Szabó and Andrzej Wajda. The result is the portrait of a fascinating character and a story of a hugely influential cultural movement. 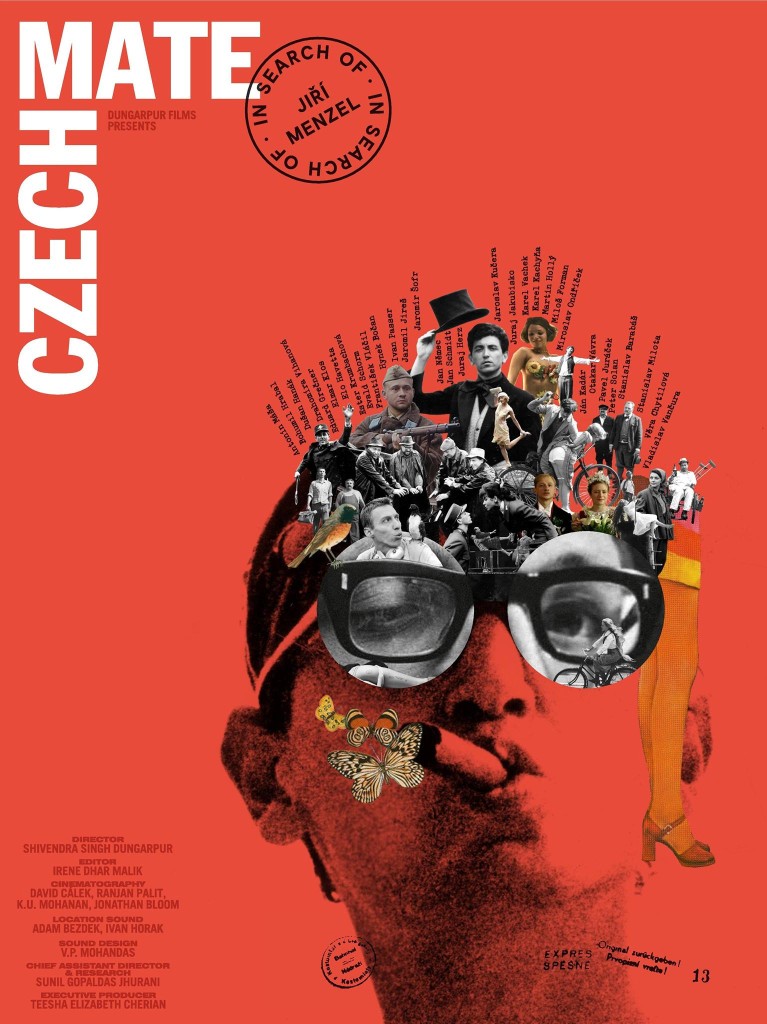 “For me, making films is simply a job, nothing else”, explains the director in one of the early scenes, displaying his down to earth nature despite the prestigious career behind him. On screen, Czech New Wave film clips alternate with interviews with its leading directors: from Věra Chytilová to Miloš Forman and Vojtěch Jasný, without forgetting Ivan Passer, Juraj Jakubisko, Dušan Hanák, Jan Němec, Drahomíra Vihanová and Miroslav Ondříček. Apart from the two Slovaks Hanák and Jakubisko, all the other filmmakers died during the seven years of filming the documentary.

Menzel himself passed away in early September in his native city of Prague. “There is no medicine for old age”, he jokes during the shoot, in which he looks back at his life and memories enthusiastically and describes the period of the Nová vlna, speaking of it as the “miracle of Czechoslovakian cinema”. The miracle, or rather the paradox, as critic Antonín J. Liehm said, was that those films “were financed by the state, the same state that filmmakers often criticized in their films”.

For Němec, another master of 1960s cinema, that period represented a phase of weakness in the regime, during which film, music and literature were much less controlled than before.

Menzel does not hesitate to lavish praise on his teachers at the legendary FAMU, the Prague film school from which almost all the talents of the movement emerged, including writer Milan Kundera and the director Otakar Vávra. The latter, often nicknamed “the father of Czechoslovakian cinema”, remains a controversial figure even today, due to his presumed willingness to adapt to the communist regime and its demands, although this thesis in the documentary is rebutted by Menzel and also by Agnieszka Holland. The Polish director, one of the many foreigners with a FAMU background, says she discovered, when the archives of the regime’s secret police were declassified, that she was able to work thanks to Vávra’s intercession with the authorities and the fact that, in order to divert their suspicion of subversive activity, he labelled her “a good communist”.

Those who know Menzel’s filmography will not be particularly surprised by his words of praise for writer Bohumil Hrabal with whom he often collaborated. “Hrabal spent hours in pubs listening to other people’s “nonsense”, before using it in his books, in which unimportant things acquire a certain importance”.

The writer’s ability to write humorous prose, but in a profound way while also expressing a certain sadness, has often also been attributed to Menzel, although the director has stated, modestly, that he has never been able to convey that “Hrabalian” feeling on the big screen even believing that it is impossible to adapt his writing for cinema.

Not everyone will agree with Menzel’s opinion, but it is clear that his filmography can be divided into two categories: the films based on the works of Hrabal, and those scripted by the immensely popular Zdeněk Svěrák. Perhaps, compared to the former, his collaborations with Svěrák, including “My Sweet Little Village” (1985) and “The Life and Extraordinary Adventures of Private Ivan Chonkin” (1994), are characterized by another style and atmosphere, less sad and lyrical, but with more comic elements and optimism. This also explains the success with the public and it is no coincidence that “My Sweet Little Village” was voted in a 2007 Novinky poll as the best Czech film ever.

In Dungarpur’s documentary there is no lack of moments of reflection on the life, passions, and memories of Menzel. “I never wanted to get married. How stupid I was”, he jokes about one of his favorite topics: women. At other times, he is perplexed by the insistence of the Indian filmmaker: “twenty hours of my rambling and you want to make a film out of it?”.

Then at times the director appears to be moved such as when he returns to his childhood home in the Prague district of Strašnice. “From that balcony I saw an Allied plane crash”, he recalls, recounting when he was a child.

And there is no shortage of amusing anecdotes, such as when he mentions his meeting with Hitchcock, or, recalling the famous erotic stamp scene in Closely Observed Trains (1966), when he remembers the tactic used to avoid the censors cutting it. Regarding his friend Miloš Forman, Menzel confesses that he initially disliked him, due to his annoying exuberance and the good looks that he envied a little. However, he changed his mind after watching “Black Peter” (1964), and “The Loves of a Blonde” (1965), when he became convinced that “Forman was a genius, a much deeper person than I imagined at first sight”.

Dungarpur’s ambitious work does not neglect the eventful days leading up to the Velvet Revolution either, and the subsequent transition to democracy. While they now appear to be joyful memories for a generation of filmmakers who for many years had been forced to make great sacrifices and compromises in order to work, the shift to capitalism was also a bitter pill for some of them, especially the Slovak filmmakers. “Society was finally free, but with that freedom came the privatization of the film industry”, says Eduard Grečner. “Today I wouldn’t get any money to shoot “Drak sa vracia” (The Return of Dragon), while during the regime, which I always fought against, I never had to worry about costs”, recalls Grečner.

His opinion is echoed also by the great Juraj Herz who explains “the communist regime limited us a lot but there was never a problem of financing”. Ivan Passer also suggests that the restrictions prompted directors to use their creativity more while referring to Orson Welles’ famous statement that “a little bit of oppression is good for art”.

The documentary thus becomes an extraordinary journey into the history of a small country like the Czech Republic, with an impressive film tradition, which comes to an end in the municipality of Loděnice, where Menzel and the cast of “Closely Observed Trains” pay homage to the film, more than 50 years after its release.

Ultimately, for those who want to know the real Menzel and Czechoslovakian cinema, there is no better introduction than the Dungarpur documentary. Those who already know him will however be struck by the wide scope of a work of unprecedented depth and proportions for a study of the Nová vlna. 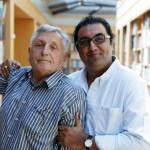 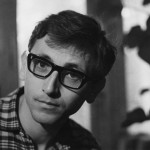 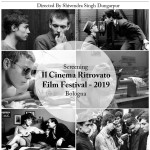 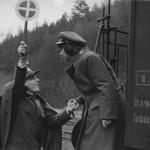