The Czech Republic moves in support of Belarusian civil society and asks that what happened in 1968 Czechoslovakia is not repeated
Vystrčil’s mission to Taiwan, the Navalny case and Pompeo’s visit to Prague are among topics at the fore of Czech foreign policy in recent months

The recent events regarding the Czech Republic’s foreign policy have been conditioned in the last few weeks by what is happening near its eastern borders, with reference mainly to the controversial presidential elections in Belarus. Prague, in line with the position taken by the EU and a large part of the international community, condemned the violent repression of street protests and did not recognize the latest of the many mandates of Alexander Lukashenko.

Also in the foreground are the Czech reactions to the Navalny case, the new tension with China after the mission to Taiwan of the President of the Czech Senate and the Prague visit of US Secretary of State Mike Pompeo.

“The EU must take action so that what happened to us in 1968 does not happen in Belarus”, said Czech Prime Minister Andrej Babiš, commenting on the violent repression against the anti-Lukashenko opposition, which took to the streets after the last presidential elections. “Belarusians have the right to freedom of expression and democracy”, added Babiš, hoping for a Belarusian-flavored “Velvet Revolution”.

However, Lukashenko, in power since 1994, has never thought of giving up his post and has even pointed his finger towards the Czech Republic, accusing it of having played an active role, together with other countries, in stirring up the protests in Minsk. The Czech Foreign Minister, the Social Democrat Tomáš Petříček, immediately denied it, without hiding that Prague has long supported Belarusian civil society.

The issue of the Belarusian opposition is actually very close to the heart of the Czech government which, at the proposal of the Foreign Minister Petříček himself, launched the creation of a fund for the independent citizens and media persecuted by the Lukashenko regime. The fund amounts to ten million crowns drawn from the annual budget of the Černín Palace. The Universities of Brno and Olomouc were also mobilized, offering scholarships to Belarusian students and academics from the country, an initiative which Charles University is also expected to join.

All support initiatives with respect to which Prague, however, does not seem willing to take too hasty steps on its own. Prime Minister Babiš remarked that he wanted to remain in line with the EU and move in harmony with Brussels regarding the prospect of sanctions against the Lukashenko regime. 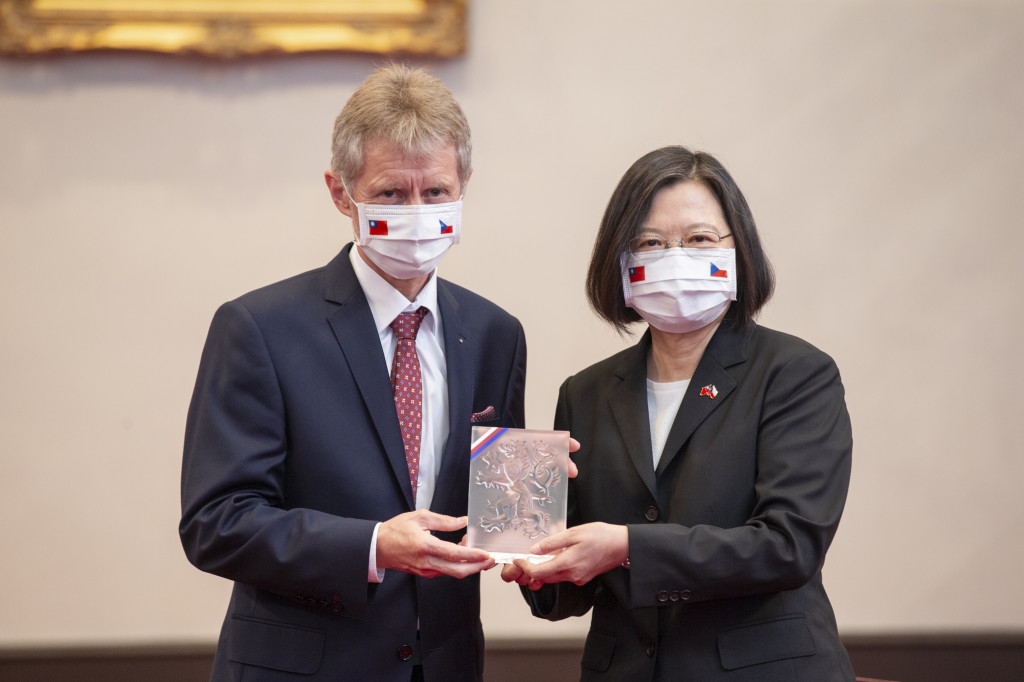 The threatening Chinese reactions to the recent visit to Taiwan by Senate President Miloš Vystrčil can only worsen the anti-Beijing sentiments already widespread in the country. According to research by the US think tank Pew Research Center, Czechs are in fourth place among Europeans with a most negative view of China. Many citizens are of the opinion that closer relations between Prague and Beijing do nothing but indicate a move away from democracy and liberalism.

The words of Chinese Foreign Minister Wang Yi against Vystrčil’s trip to Taiwan, branded as “Prague’s crossing of the red line”, obviously exacerbates this sentiment. “Prague will pay dearly, because challenging the One-China principle means antagonizing one and a half billion Chinese. We must make the Czech Republic pay a high price for its short-sightedness and political opportunism” were the fiery words used by Wang Yi.

And the first economic retaliations were not long in coming. Beijing has already expressed its intention to prohibit entry into the Chinese market to companies whose representatives participated in Vystrčil’s recent mission to Taiwan, but Prague’s greatest fear is that these measures could be taken against the main Czech companies investing in China: above all Škoda Auto, whose main market is in the Country of the Dragon, and against PPF group/Home Credit of the tycoon Petr Kellner.

Senate President Vystrčil, a civic democrat of the ODS, a member of the opposition to the Babiš government, has long been critical of the policy of opening up to China sponsored by the head of state Miloš Zeman and largely supported by the executive branch. Vystrčil himself certainly did not help to soften the tones when, upon arrival in Taipei, he declared “I am Taiwanese”, inspired by the iconic words spoken in Berlin in 1963, in the middle of the Cold War, by American President John F. Kennedy.

Faced with these tensions, the Czech government has tried to take measures in order to appease both sides. Prime Minister Babiš and Foreign Minister Petříček on the one hand called Beijing’s words “inappropriate and out of place”, on the other they tried to reassure the Dragon by specifying that it is not the President of the Senate who represents Czech national foreign policy. The head of the government then openly criticized Vystrčil, accusing him of endangering Czech economic interests in China.

A far more unequivocal comment came from President Miloš Zeman, a major sponsor of China, who when referring to Vystrčil, declared that he considered “the Senate the most useless institution available to the Czech Republic”. He then decided to punish the president of the Senate, announcing that he will no longer invite him to the periodic meetings on foreign policy, organized by the Castle, with the participation of the highest offices of the state.

Prague defends Navalny, but does not forget interests linked to Nord Stream II

Another hot front in Prague’s international relations is always Russia. The latest major headline is the Navalny case, in which the Kremlin opponent was poisoned in mysterious circumstances, apparently with the use of a nerve agent, according to analyses later carried out in Berlin.

Czech Foreign Minister Tomáš Petříček described the information provided by the German authorities as “disturbing” and said that the next steps towards Russia will be taken in coordination with EU and NATO partners. Furthermore, Petříček declared that bilateral talks with Moscow will be dependent on the Navalny affair. A statement that Russian diplomacy did not at all appreciate, commenting: “Prague is taking steps against constructive dialogue”. These words seem to leave very little space, in the short term, for the prospect of a solution to the diplomatic tensions that have characterized relations between Prague and Moscow for months.

The Navalny case, however, from Prague’s perspective, must also be seen in the light of the great interests linked to the construction of the Nord Stream 2 gas pipeline, the largest energy infrastructure under construction in Europe. If in Germany, a country that has always supported the project, the debate is now arising on the possibility of “punishing Putin”, or stepping aside, the Czech Republic does not appear willing to give up the Russian gas guaranteed by this new pipeline. The Minister of Industry and Commerce, Karel Havlíček, questioned by the press, admitted that if the possibility of blocking the Nord Stream 2 project in the Navalny case were to be envisaged within the EU, Prague would be against it. The Czech Republic, in fact, will be one of the beneficiary countries of the further injection and availability of Russian gas through the pipeline that from St. Petersburg will arrive in Germany bypassing Ukraine.

Having arrived in Prague in mid-August with high hopes of cashing in more than one yes, the delegation of US Secretary of State Mike Pompeo left the Czech capital almost empty-handed. According to rumours, his goal in fact, was to sign two anti-China and anti-Russia memoranda: one for the exclusion of the Chinese company Huawei from Czech 5G and the second for the cancellation of Chinese and Russian companies in the expansion works of the Dukovany nuclear power plant.

On the second issue, Babiš himself had already extinguished Washington’s hopes: “I understand that the US would like to have a preferential position, but the competition must be transparent and objective”. As for Huawei, Babiš considers the Czech-American joint declaration of last May, which refers to the common principles of cyber security, to be sufficient.

It is on a political level, however, that Pompeo’s visit scored some important points: first of all the support for Vystrčil’s visit to Taiwan in an anti-China function, an initiative for which the US Secretary of State cited the example of former president Václav Havel.

Pompeo, during his speech before the Czech Senate, sent clear messages: he attacked Russia, “which undermines the sovereignty of European states with disinformation”, and China, which he called the “worst danger”. Themes also very dear to Donald Trump’s presidential campaign, which aims at a second term in the White House.

Another important moment of the visit was the meeting between Pompeo and President Miloš Zeman at the Castle, an appointment that remained in doubt until the very last moment as a consequence, most likely, of the pro-Russian and pro-Chinese sympathies of the Czech head of state. However, the latter said he appreciated several US foreign policy decisions, including the transfer of the Israeli embassy to Jerusalem, but warned of the risks of a US military withdrawal from Afghanistan, as announced by Trump.

As said by Babiš, who was present at the meeting, Zeman finally reassured the American guest by telling him that he was “neither a Russian agent, nor a Chinese agent”. In this regard, the Prime Minister added: “The President and I are fighting above all for Czech interests”.