Home  »  Art and culture   »   Bardon: the magician of Opava who said no to Hitler

Bardon: the magician of Opava who said no to Hitler

Clairvoyant, healer and expert in alternative medicine, František Bardon is known as one of the most important and mysterious esotericists of the 20th century
He is said to have been able to find hidden objects, read people’s minds and diagnose their health just by looking at them

There is no one early in the morning, in the small cemetery of Kylešovice, just outside the town of Opava, and the silence is interrupted only by the cars that pass from time to time on the nearby road leading to the city.

It takes us only a few minutes to find the simple dark granite tombstone, with an extinguished candle and a red flower lying next to it, with the photographs, names and dates of birth and death of František Bardon and his wife Marie on it.

Here in Opava few people now remember the name of Bardon, although his works have been translated into many languages, and even today, are considered an absolute benchmark in the field of studies on hermeticism and the so-called “occult sciences”.

Known throughout the world as one of the most important and at the same time mysterious esotericists and scholars of hermeticism of the 20th century, Franz Bardon, his German name, was born on 1 December 1909 in Kateřinky, then a small village in the Austro-Hungarian Empire, and now a populous district of the city of Opava, in Silesia, a few kilometers from the border with Poland. 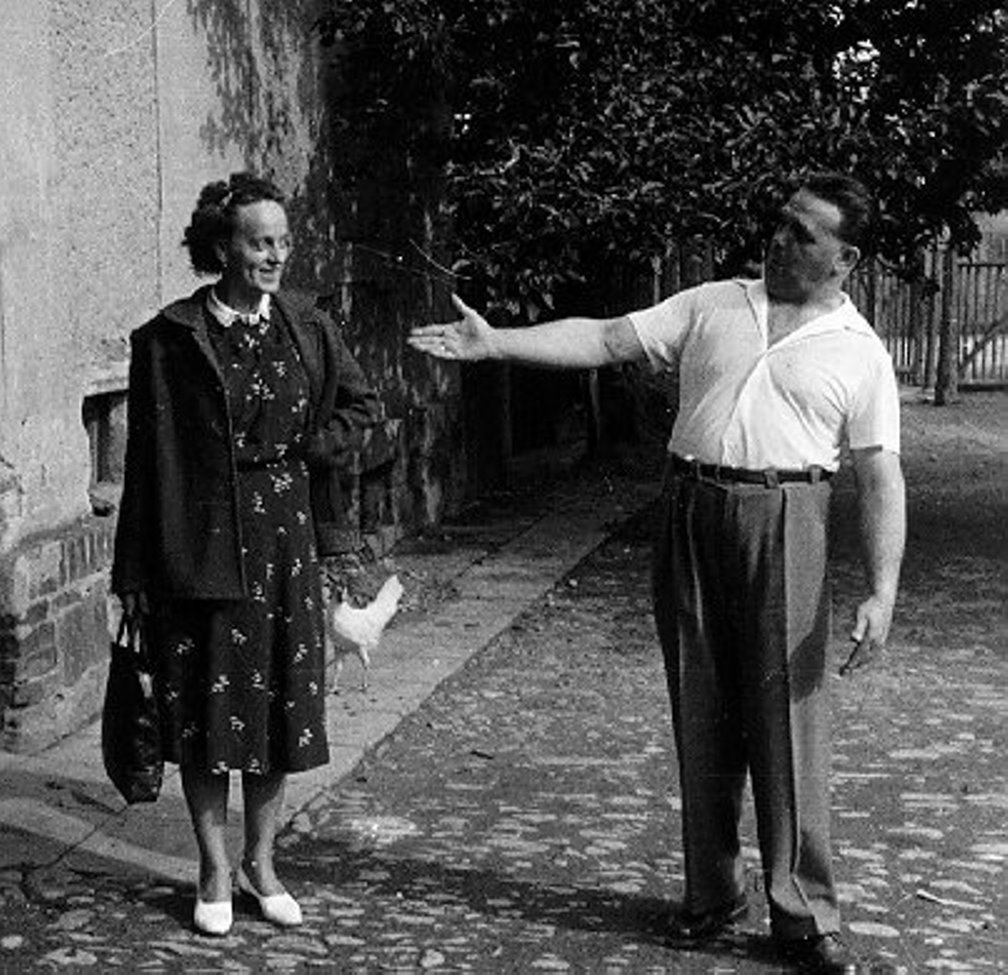 František, whose life from birth was full of events and anecdotes that helped to fuel his reputation as a clairvoyant and a man out of the ordinary, was the son of Viktor Bardon, a textile factory employee and scholar of Christian mysticism. Viktor had been a disciple of the writer and theosophist Karl Weinfurter, who in 1891, had founded the theosophical lodge “At the Blue Star” in Prague, together with the well-known writer and esotericist Gustav Meyrink. It is said that he often prayed to meet a spiritual guide in life, and it so happened that his master later on would be his own son Franz.

From Bardon’s secretary, Otti Votavová from Prague, we learn that his mother told of how František had escaped death during his birth, thanks to the miraculous intervention of a midwife who managed to reanimate the child after falling into an inexplicable state of coma just outside the maternal womb.

Little Franz had an ordinary childhood and as a teenager he worked as an apprentice mechanic of industrial sewing machines. Suddenly, however, at the age of fourteen, his character underwent an unexpected change, as he began to write and express himself in a different way, as his own teachers testified, and realizing that he had developed paranormal faculties, he approached the study of esotericism and initiatory disciplines, especially kaballah, yoga and magic. It was then that according to his followers, the spirit of a great initiate came into contact with Bardon whose his disciples considered the re-incarnation of the legendary wiseman and magician Hermes Trismegistus. Bardon himself declared himself one of the two greatest wizards of the 20th century, but his extraordinary abilities were also his downfall.

Between the 1920s and 1930s, Franz often traveled to Germany, especially to Dresden, where he soon became famous for his skills as a clairvoyant and healer. He is said to have been able to find hidden objects, read people’s minds and diagnose their health just by looking at them. In 1932, at the age of 23, he married Marie, then twenty, with whom he had two children. His fame grew more and more, and everything seemed to go well, until, around 1939, his surprising talents made him gain the attention of Adolf Hitler. The links between the Führer and Bardon have been discussed by the latter’s secretariat. Hitler, a well-known occult enthusiast, would have liked to give the Czech esotericist important duties in the Third Reich, in exchange for his “magical” assistance, but the young man refused and for this he was tortured and later sent to a Nazi concentration camp for more than three years. Sentenced to death, he managed to escape shortly before his execution,

following a Russian bombing of the camp. He was saved by Soviet soldiers who pulled him out of a collapsed building. After the war just ended, he used his clairvoyant skills to help the police track down missing persons. It is said he was able to find out from the photos that were shown to him whether or not the subjects photographed were still alive and where they were. In Opava he began to work as a healer and expert in alternative medicine. He studied at the Munich Naturopathic School and began to cultivate and produce medicinal herbs and plants from which he obtained, in a home laboratory, substances and medicines that he used to treat his patients.

The healer’s popularity grew so much that patients began to arrive from all over Europe, especially from Germany, Austria and Switzerland. Bardon devoted himself mainly to sick people who other doctors considered there was no hope, and he treated those most in need without asking for anything in return. In the 1950s he could also be found at the “U Rytířů” hospital in Opava in the role of administrator. Meanwhile, he continued his esoteric studies. In Austria he frequented circles and scholars of esotericism, and in Prague he participated in the meetings of the group that drew on the teachings of Weinfurter, where he was known by the initiatory name of Arion. It was here that he met Otti Votavová, who became his secretary. The esotericist never wrote anything of his own, but dictated his works to Otti who transcribed them and edited his publications.

The paranormal skills and the time spent in the esoteric circles of post-war communist Prague made the secret police suspicious and they consequently imprisoned Franz Bardon in 1958 on charges of being a charlatan and not having paid taxes on the alcohol used in the production of his medicines, which among other things, he allegedly produced illegally. Having been brought to prison and awaiting trial, Bardon suddenly fell ill and was rushed to the hospital in Brno, where he died under mysterious circumstances on 10 July of that same year. According to some he died of pancreatitis following poisoning, according to others, however, he actually attempted suicide himself in order to avoid being handed over by the secret services to the USSR where the KGB, as was known, was very interested at the time, in paranormal phenomena and anyone allegedly possessing supernatural powers. The fact is that, upon his death, the family were not returned the documents and objects that the police had confiscated from him following his arrest, and even stranger, some time after his death, the police wanted to exhume the body for unspecified reasons which were never explained to family members.

Also known by the stage name of Frabato (Franz-Bardon-Troppau-Opava), he wrote several books translated and published still today in many languages and considered classics of Hermeticism, whose copyright is held by a group of theosophist inspiration. His merit was to be able to recover the teachings of ancient traditions, making them understandable and with a modern language. Bardon never sought notoriety, nor did he do anything to fuel his legend. He was made famous by his students and the many people he had cured and saved.

He wrote three works: “Initiation Into Hermetics” in 1956, “The Practice of Magical Evocation” and “The Key to the True Kabbalah”. After his death in 1958, a fictionalized biography of him entitled “Frabato the Magician”, and other works edited by his disciples were also published.

We leave the Kylešovice cemetery, pausing for a moment more on that single red flower next to the tombstone that someone had recently placed there. It is a zinnia, and perhaps it is no coincidence that in the language of flowers, zinnias are the symbol of spiritual greatness.