Anti-Bribery Certification as a growth and competitiveness factor for companies 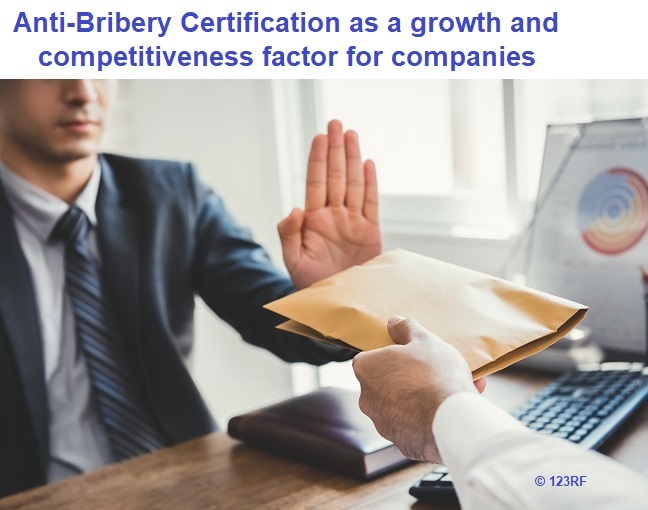 “Prevention is better than cure”. Interview with Roberto Di Cursi, supporter of the utility of the ISO 37001 – Anti-Bribery Management System in the Czech Republic.

The ISO 37001 is suitable for all public and private organizations, regardless of their size, sector and location, and can set a virtuous path at the national level.

Corruption continues to be one of the most serious problems in the Czech Republic and rises serious concerns among citizens and businesses, according to the results of the Eurobarometer published mid-July, by the European Commission.

Namely, as far as mentioned in the Flash Eurobarometer, the survey aimed at capturing the opinion of companies on this topic, almost seven out of ten (67%) economic operators of the Czech Republic consider that corruption in this country is still widespread, and three out of ten (28%) consider it a non-frequent but a still existing phenomenon, while none of the respondents answers not to have noticed it. And, there are almost four out of ten (36%) Czech companies stating they have not won a public tender in the last three years as a result of this malpractice.

In such a context – with consequences well imaginable in terms of assessment of the credibility of the Czech Republic Country System by both Czech entrepreneurs and foreign investors – it is possible to predict that the reputation of a company and its competitiveness at the national and international level can receive a strong boost from a system of internal controls compliant with the standards required by the anti-bribery certification UNI ISO 37001: 2016 and aimed at reducing the risk of bribery.

We talked about this topic with the owner of the company Luca Prague s.r.o., Roberto Di Cursi, an Italian chartered tax advisor and business consultant who has been working in the Czech Republic for many years and offering corporate, business and strategic consultancy, a local reference point for Italian investors and Czech companies addressing the Italian market. Starting in 2019, he began to focus his attention on the ISO 37001, becoming specialized in the topic. “It’s impossible to completely eradicate the phenomenon of bribery, but by adopting a proactive approach it is possible to significantly prevent unethical and illegal behaviours”, he declared.

When RINA, an international certification body, informed me about the ISO 37001: 2016 Certification I was full of enthusiasm to add a service of ethical nature to the other services that I already offered; therefore, having also experience as a certified auditor, I enthusiastically followed the course to study the standards at the Milan’s office of RINA and learned to implement a management system in accordance with these .

How does it work?

The ISO 37001 certification defines procedures and control systems designed to be applicable to all public and private organizations regardless of size, sector and location. In a nutshell, it is necessary to take a picture of the corporate context, and the management will have to provide a clear and public commitment of attention to ethical values and guarantees of fighting corruption. Certainly, a risk assessment is needed as well as having control procedures for all “at risk” interested parties; in addition, after obtaining the certification, a constant monitoring of the created process will be necessary, as the system is not static and must be continually improved.

What does one ultimately gain by being certified?

This is a voluntary procedure; therefore, everyone will be able to identify different benefits of being certified depending on the public or private company goal, or on their own way of thinking and working. Considering the international recognition of the certification, obtaining it offers competitive worldwide advantages and certainly a reputational growth through sending a clear message to all commercial partners: “Our company is against bribery; to work with us you must be too”; in fact, one of the requirements demanded by the standard is the provision of a clause that allows the termination of contracts if the counterparty is involved in a procedure related to bribery.

In terms of companies that run into problems of this type, there is lately an exemplary decision in the Czech Republic that excludes a large company in the Country from public tenders for the next three years.

In my opinion, the fight against bribery begins by acknowledging that the problem exists and then behaving by adopting what the Italian Civil Code calls “the diligence of the good family father”. In fact, prevention is better than cure.

I emphasize that ISO 37001 does not have the function of eliminating the risk, but it certainly is able to mitigate it and therefore can act as a “protective shield” for the management and the company itself in the unfortunate event corruption occurs. This could be an additional advantage to add to the previous ones, the certification could have perhaps mitigated the imposed penalty.

Don’t you fear that a Czech company might hesitate to use the services of an Italian consultant, for no other reason than the linguistic barrier that could occur?

The certification can be issued in English and it is internationally valid, hence the non-existence of any blocker, on the contrary – being a foreigner I offer the added value of a super-partes point of view, not conditioned by the customs and habits and coming from a different culture, thus opening the way to new considerations within the organization. 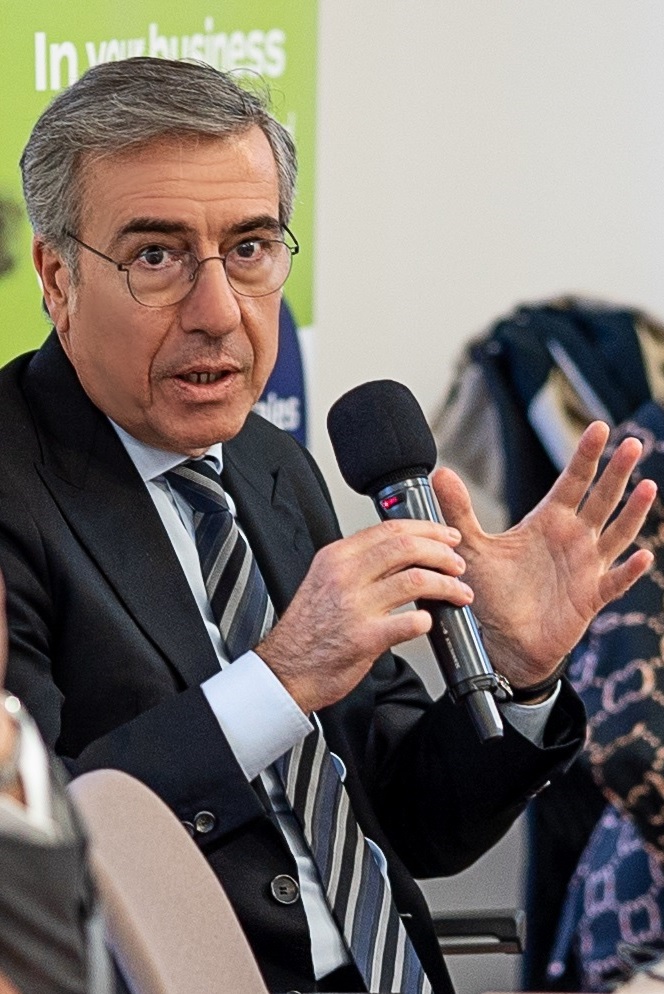 And what is your role?

Personally, I like the idea of offering a service of ethical value to public companies, sports companies and, in general, to the business community that operates in the Czech Republic.

I can intervene professionally in two ways: for those who had not yet thought about it, by implementing the anti-bribery system and then leading the client in the certification process. For others, who have already adopted processes and procedures, I can act as an external consultant to verify their compliance with the standards and suggest additions or changes to meet the necessary requirements for certification.

You started promoting the ISO 37001 in the Czech Republic in 2020 by organizing a seminar on the topic. How do you think this topic has been evolving in the Country in recent years?

I have the feeling that in the current phase of turbulences, topics such as ecology, sustainability and ethics are acquiring a leading role.  Then, I notice various objective signals of interest, for example a company operating in the pharmaceutical sector that participated in the seminar you mentioned above has entrusted me with the task of verifying their procedures and assisting them towards certification and, precisely these days, the Audit has been concluded with the achievement of the Certification 37001.

In addition, the Council of Europe has strongly recommended the adoption of ISO 37001 for sports organizations, while the European Union, following the regulation of the GDPR, has issued new rules on anonymous reporting, one of the essential points required for the certification ISO 37001.

Not to mention that at the beginning of 2021, the Municipal Administration of Prague Capital has invited the boards of directors within the Council to implement and follow the ISO 37001 standards.

Therefore, I consider this latter point a very important signal because the ISO 37001 could set a virtuous path at the national level. In fact, certified companies have the obligation to “verify” their commercial partners and will certainly consider those who pay attention to the corruption phenomenon to be more “attractive” and even more so in the case of  “certified” partners: and this is how the “virtuous circle” is put into practice.

Who knows, perhaps, also considering the results of the latest polls of the Eurobarometer and the undeniable importance of foreign investments for the Czech Republic, the Legislature will consider introducing the ISO 37001 certification among the welcomed features, if not even requirements, to participate in tenders. I believe that for a foreign investor this provision would represent an important incentive and, in any case, it would be a good sign of the fight against bribery at the national and international level. As I mentioned before, prevention is better than cure. 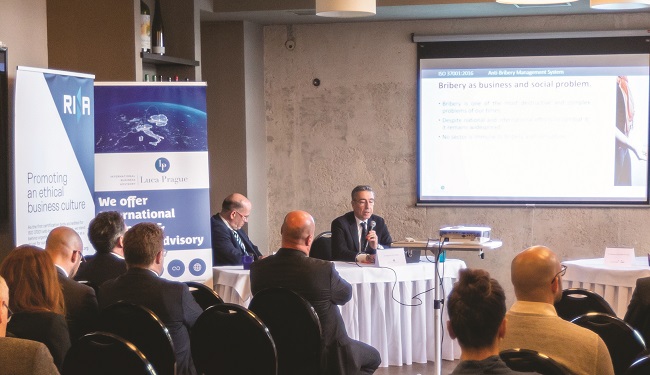 Prague, March 2020: the Anti- Bribery Management System conference, organized by the LucaPrague company, in cooperation with the certification body Rina and the School of Prague City University