In January 1977, we saw the movement in defense of human rights in communist Czechoslovakia take off. Today the dream of policies dedicated to civil ethics seems to have been lost

“I didn’t sign it, but only because no one came to ask me”. Miloš Zeman, President of the Czech Republic, in an interview published on January the 8th, 2017, by the tabloid Blesk, among the most widely read in the country. The document in question is the Charter 77, the most famous letter at the times of communist Czechoslovakia, which came to light on January the 6th, 1977. A collection of signatures which set off the biggest movement of civil resistance in the country, and which in 1989, brought its first and most recognizable signatory, Václav Havel, to the presidency of the democratic Czechoslovakia. “And anyway communism fell mainly thanks to Gorbačev, rather than to the Charter 77”, Miloš Zeman again added. Is there a touch of bitterness? 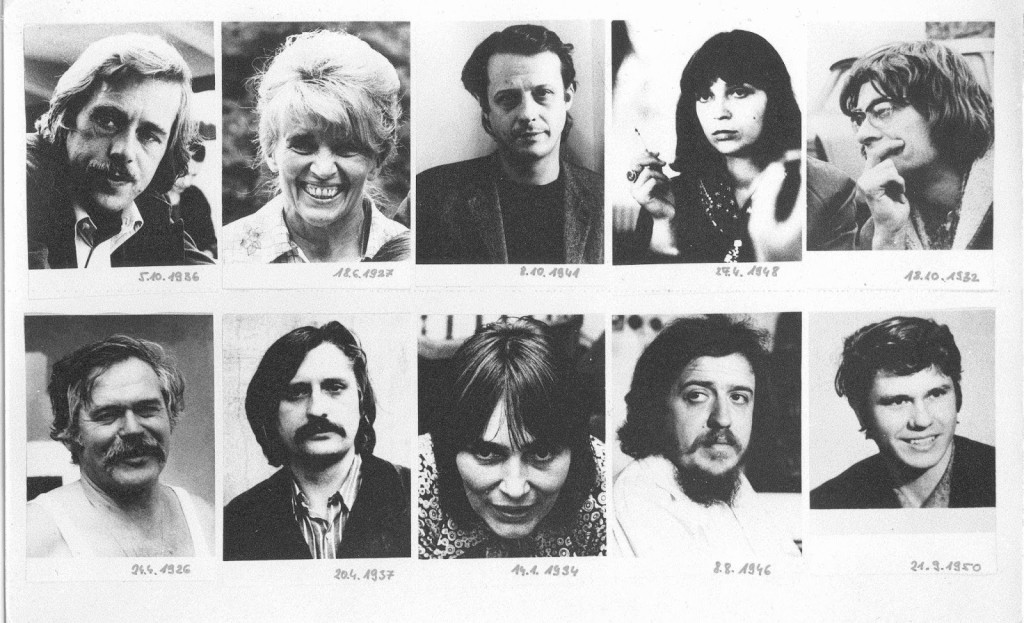 The Charter 77 is a story that begins in the middle of the years of normalization in the ‘70s, when the grey of the Soviet rifles mingled with the grey of politics, the grey of films in poor quality black and white, and the grey of the silent obedience. Days when rock music, hidden in the countryside or in the darkness of cellars, annoyed a self-righteous regime, despite the relative hold of the uneasy listening psychedelic music on the public. In March 1976, in one of many raids against vlasatci, the hippies, during a music festival a few kilometres from Prague, the police made 27 arrests for “premeditated disturbance of public order”. The trial, six months later, led to several members of the band’s best-known circuit, the Plastic People of the Universe, being sent to prison, with sentences ranging from 8 to 18 months. It was the long-awaited spark, which for a small group of intellectuals, fueled the fire of dissent. On 11 December of that year, several friends gathered at the home of Prague photographer Jaroslav Kořán. They decided to take advantage of the recent Helsinki Accords of 1975, when Czechoslovakia and most of the European countries, within or beyond the Iron Curtain, were engaged in various themes including (point VII of the Treaty) “respect for human rights and fundamental freedoms”. An open letter was written, a cross between a petition and a political manifesto. There was talk of “a free, open and informal association”, made up of people “united by the desire to individually and collectively pursue the respect for human and civil rights”. Four major editors: Václav Havel, a playwright, philosopher Jan Patočka, writer Pavel Kohout, and Jiří Hájek, the former foreign minister at the time of the Prague Spring (to whom we probably owe, the right of international law on the enforcement of agreements). However, a document with a few signatures would not be worth much. The Czechoslovak Socialist Republic’s signing in Helsinki had to find a derisive echo in the signatures of its citizens. The group of dissidents began informing people about it by word of mouth, during Christmas of 1976, to collect as many signatures they could, in an activity not lacking in risks. The identity of the first signatories was a colourful mix: academics, catholics, rockers. Signatures of those actors of the counterculture, who in their own way, lived in the “parallel polis”, as it was called by Ivan Jirous, the poet and artistic director of the Plastic People. The largest group, which may arouse surprise, was made up of Communists Zdeněk Mlynář alone, also once alongside Alexander Dubček, gathered over a hundred signatures from old comrades of the betrayed revolution. On January 6, 1977, they reached 241 signatures. Havel, writer Ludvík Vaculík and actor Pavel Landovský were arrested as they tried to bring the document directly to the Federal Assembly. The letter was confiscated, but hundreds of copies were ready to circulate and reach the Western media. The next day it was published by The New York Times.

Vratislav Brabenec is the historic saxophonist of the Plastic People of the Universe. In an interview for Radio Free Europe in the aftermath of the fortieth anniversary of Charter 77, the 73 year-old Vratislav remembered the document as a perfectly normal letter, nothing excessive, “certainly not a call for revolt”. Yet there was the feeling that it would bring trouble. In fact, it did not take long to arrive.

Several signatories were arrested, and their homes searched. Havel began to get to know the Czechoslovak prisons, from which he went in and out frequently until the fall of the regime. There are those who suffered worse consequences. On 3 March 1977, the 69 year-old Jan Patočka, among the major European philosophers, and student of Edmund Husserl and Martin Heidegger, was brutally interrogated for over ten hours by the Prague police. Exhausted and sick, he fell ill. He died ten days later.

The regime reacted hysterically. The secretary for ideological questions, Vasil Biľak (who was also in the field during the Spring, but as collaborator of the Soviets), pounded his fists on the table of the Presidium of the Party: thousands, perhaps even tens of thousands of people would sign the document if they didn’t act on time. The researcher Paulina Bren, in her book “The Greengrocer and his TV”, (2010), tells of how the regime set foot in the biggest media spectacle of the normalization: the anti-Charta. A few days after the first arrest of Havel Rudé Právo published the disparaging article “Ztroskotanci a samozvanci”, “the losers and usurpers”. Demonstrations against the Chartists were organized, first forcing ordinary citizens to the streets, then exploiting the images of the most popular artists, such as singer Karel Gott and comedy actor Jan Werich. Familiar faces forced to sign a document of opposition to the enemies of the regime and take part in public events. Paradoxically, the effort to annihilate the movement (which actually just passed the two thousand signature mark in early 1990), only managed to strengthen its image. Especially abroad, where Charter 77, despite the lack of popular support, became the symbol representing communist dissidents.

Twelve years later, in the amazing domino effect of the fall of communist regimes, the small group of intellectuals, who some scholars of the time defined in the same way as a “revolutionary aristocracy”, found themselves holding the keys of democracy. Thanks also to the international fame caused by its detractors.

Against the new Czech Republic

Charter 77 is also in a picture of Tomki Němec exposed to DOX Prague, in a retrospective on Havel eighty years after his birth (on display until March 2017). Dated 23 August 2008, at first glance it shows two old men, dressed in a negligible way, with hair combed even worse. Sitting on a bench in Trutnov, the characters portrayed are none other than Václav Havel and Ivan Jirous. Out of curiosity, pretending not to recognize the poet, we ask a visitor, a young girl of no more than twenty-five, the exhibition catalog under his arm, who Jirous, the man pictured with the former president was.

“I don’t know, I’ve never heard of him. But I can ask the girl of the museum at the entrance of the hall”. We thanked her anyway. On the other hand, it is not a surprise. The protagonists of Charter 77 have ended up in Havel’s shadow, a myth that remains heard among the young “liberals” in the capital. Not only the names, but also the ideas of the movement are increasingly out of place in the political path of today’s Czech Republic, which has deliberately abandoned its role (a relic of the Presidency of Havel) as a bearer of the fundamental freedoms of the new Europe.

The latest example dates back only to mid-January 2017, when 160 of the signatories of Charter 77 (which is now a foundation), asked the Czech government to take action to promote civil rights in China, aware that “if the international community had not helped us forty years ago, the regime would have got rid of us”. However, President Zeman and the government of the Social Democrat Bohuslav Sobotka have set a much more cynical attitude on human rights, and the foreign market. Charter 77 is a now a minor, weak voice. The voice of an elder.

The country travels on a different train, in the direction of a decidedly less ethical pragmatism. Consequently, the attitude of President Zeman, aimed at minimizing the movement, has not aroused too much amazement. Not that the young Miloš did not have his share of friction with the regime, indeed. He enrolled in the Party like many of his enthusiastic peers in ‘68, but was expelled two years later for not having kept his mouth shut against the Ally-invaders of the Warsaw Pact. He worked for years in sports organization, then for a company of agricultural programming, before being fired in August 1989 for an article of economic criticism entitled Prognostika a přestavba, “Forecasts and reconstruction”. Charter 77 and Zeman, after all, were on the same side. But overall within the shady contours of the regime’s opponents, Charter 77 had the courage of collective, enduring desperate action. Minimizing its history is once again a political pragmatist move. A real politik, which from the crisis of universal rights to the migration crisis, seems to be in vogue these days. As for the historical memory and the lack of a signature it is useful to quote the late Frank Zappa: “The mainstream comes to you, but you have to go to the underground”. Zappa who, coincidentally, was the author in 1967 of the track “Plastic People”, which particularly marked the life of some young Czechoslovak musicians… 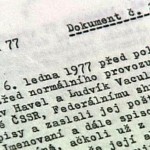 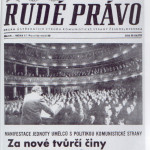 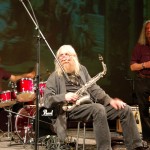